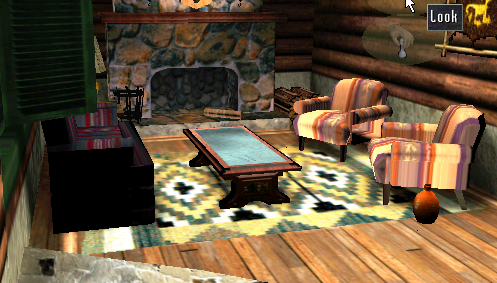 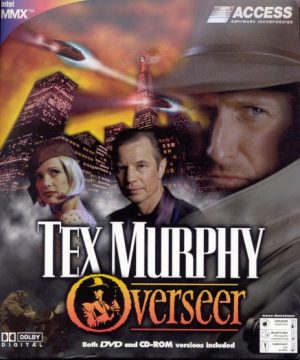 The fifth Tex Murphy adventure, Tex Murphy: Overseer (the only installment to actually feature our hero’s name in the title) isn’t quite a whole new story – it’s actually a remake of Mean Streets, which was Tex’s first case as an independent private investigator. The events are framed around Tex relating the events to Chelsea, who’s concerned about his past relationship with Sylvia. All of the major plot points feature commentary by the two, including Tex often lamenting how naive he was during his younger years.

Obviously, since Mean Streets was so freeform, Overseer‘s story needed to be drastically restructured to fit into the mold of a traditional adventure game. The plot is much more linear, even compared to some of the prior games, particularly because there’s no more Old San Francisco or similar area to explore. The basics are still the same, of course – Tex is hired by Sylvia Linsky to investigate her father’s apparent suicide, which she believes is murder. Chris Jones obviously returns as Tex, as does Suzanne Barnes as Chelsea, with the most notable actor being Michael York (Logan from Logan’s Run, Basil Exposition from the Austin Powers movies) playing the role of Gideon. 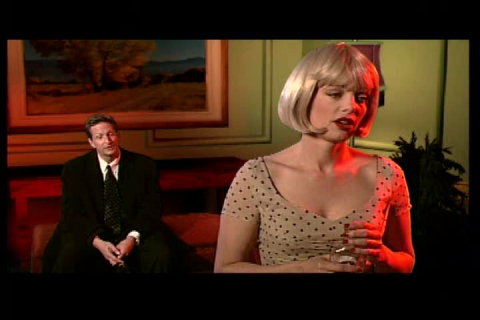 Many of the characters are the same, although with entirely new actors and altered roles, and you visit many of the same locations. For instance, instead of being a newspaper reporter, Felicia now works for a public service organization named CAPRICORN (briefly mentioned in Under a Killing Moon), who was investigating into Carl Linsky’s shifty research. Many of the extraneous characters have been cut, some of the sillier ones have been toned down, and some have actually changed genders to make the cast more balanced. The secretary and informant are gone, instead replaced with an online data research system. A few elements from the other Tex Murphy games, like Tex’s mentor, The Colonel, are also integrated. At its core, you still end up doing the same basic things – collecting all eight hidden keycards and using them in the central computer in Alcatraz. There’s actually a fun little throwback in the form of a Mean Streets arcade cabinet, which lets you play one of the action sequences from the original game. There are still two difficulty modes, but other than the added points in the “Gamer” mode, there’s no real difference between the two.

Since the whole story is essentially a flashback, the way player deaths are handled is also pretty cool in principal. Whenever you do something that would get you killed, it returns to the frame story with Tex saying something like “Well, it would’ve been stupid if I’d done that!” Yet, as much as it would make logical sense for you to return a few moments before your “death,” you still end up having to reload a saved game, which almost defeats the point. 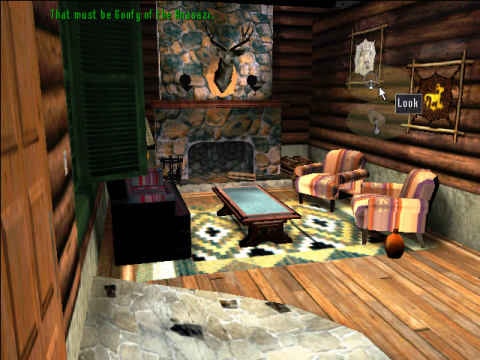 Overseer utilizes an enhanced version of the Virtual World engine, one that not only looks better than the previous two games, but controls better too. The visuals are full screen by default during exploration mode, with an improved interface that lets you look and walk around without having to switch between modes. The video scenes are in widescreen and are now much smoother. The textures are much higher quality, and it runs at 16-bit color, a huge step above the mere 256 color SVGA graphics of the other games. The biggest improvement, though, is that the game comes on both 5 CDs and a single DVD. The DVD version obviously removes the need for disc swapping, but it also provides immensely improved video. The irony is that the higher quality ends up highlighting the flaws of the cheap production, mostly the fact that it looks to have been shot on video tape. The game was also developed for Windows 95, and there are some issues trying to get the game to run on newer systems.

Even though Overseer is a nice improvement from a technological standpoint, it doesn’t quite stack up to The Pandora Directive, or even Under a Killing Moon. The story isn’t quite as compelling, and neither are the characters. Most of the acting isn’t campy so much as it is just plain bad. Still, even though it is technically a retread, it mixes things up enough so that it doesn’t feel like a lazy cash-in, so much as an opportunity to give a new generation of gamers the experience of Tex’s origins, without having to put up with the archaic Mean Streets.

It also feels a bit shorter than The Pandora Directive, and is completely missing its multiple paths and endings. Apparently the development was a bit rushed – it was produced in conjunction with Intel, who was going to tie it in with one of their hardware products. However, despite bankrolling the entire game, they ended up backing out, and Access finished it themselves as a standalone release. 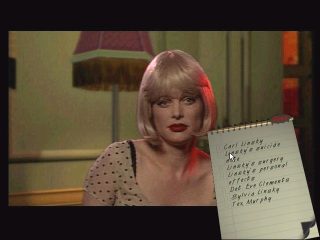 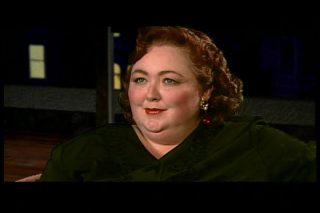 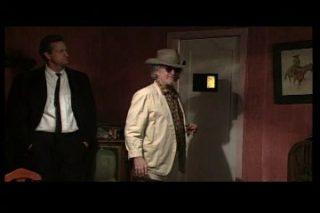 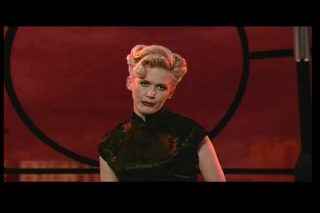 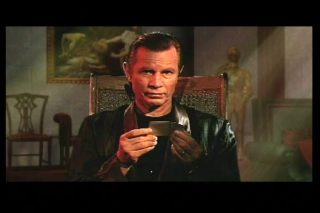