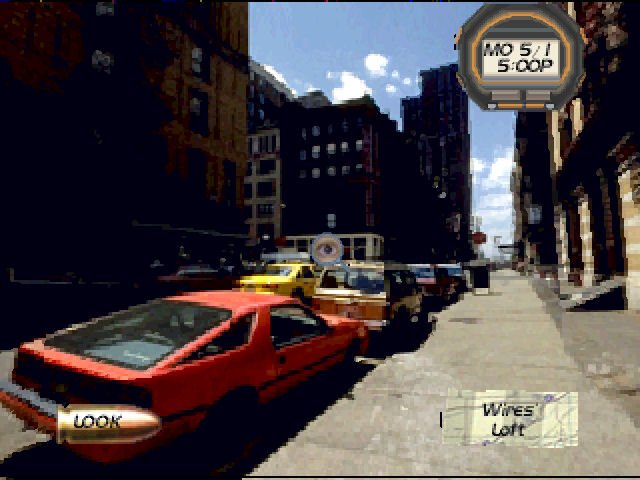 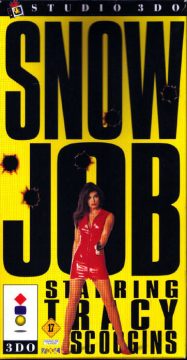 Thinking about it, FMV content always seemed best suited to adventure games, where there is plenty of dialogue and interesting characters. Just look at the Tex Murphy and Gabriel Knight games for proof that the genre can do great things with FMV. It’s a sad fact then that one of the better games to make good use of FMV was released only for the 3DO and then promptly overlooked by everyone.

The ridiculously titled Snow Job sees you as ex-cop Jock LaMonte returning to New York in order to track down and protect your former lover Lara Calabreze, the city’s DA, after a tip-off that she’s to be murdered by mysterious drug dealer Snowman. There’s a conspiracy afoot, and it’s your job to uncover all the dirty details. It’s a typical detective mystery where you need to meet up with an old cop buddy (who just so happens to be now running a bar with exotic dancers), question suspects, solve puzzles, fight enemies, all while doing seemingly mundane things like buying the daily newspaper, rolling some dice for money, catching the subway, and generally wandering around New York City. 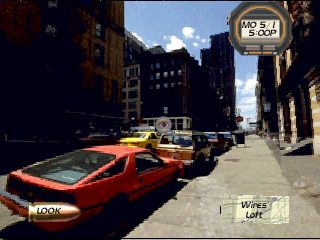 What makes it interesting is that everything (with the exception of some minigames such as the 3D maze) is FMV based. Each location you can visit is based on a photographic, panoramic 360 degree view of a single point (such as a busy New York street corner), with clues and people to click on. These scenes aren’t animated, and are essentially just a single screen which wraps around at the ends. But when combined with background audio from a busy city street, it does a reasonable job of conveying atmosphere. Clicking on people will initiate a short video of dialogue, followed the chance to question them and more video. It’s all done unobtrusively, and the acting is comparatively good B-movie fare (and if you like B-movies, it’s fantastic).

Puzzles center around realistic actions – such as buying the daily newspaper to solve the crossword, which yields a password to hack into an enemy server. After hacking the computer you gain clues to track down suspects, or meet people in the park at night, and try to find out why someone wants your ex-lover dead. Time and money are the game’s resources, and all actions cause the minutes to tick by, with night following day. You’ve only got about a week to solve everything, so swiftness is essential. 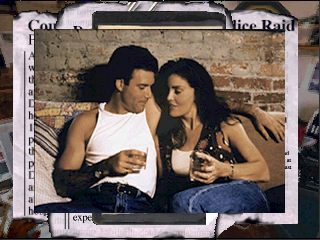 For all the atmosphere Snow Job conveys, and the praiseworthy uniqueness of its underlying mechanics, it does suffer from some of the particularly irksome problems. A lot of puzzles (such as when breaking into an enemy’s secret hideout) are strictly timed, forcing judicious use of the save function since you’ll get a Game Over if you dawdle. This also means you can miss something essential needed for later on – just try working out which single item you need to grab from a cluttered desk before someone barges in the office to shoot you. It’s almost guaranteed that a few days into the investigation you’ll wake up to find yourself and your roommate hacker friend being shot dead by the criminals you’re investigating. The game does helpfully inform you at the end of each day if you missed something vital, but unfortunately it won’t explain which flag you forgot to trigger. It’s also all too easy to waste what precious time and money you have, rendering the case unsolvable and you unquestionably dead.

Despite these design problems, which seem archaic and unforgivable in today’s age, there is a tremendous amount of intrigue in Snow Job. It conveys the atmosphere of being a city detective arguably better than a game like Heavy Rain does, it’s non-linear to a fault, and the puzzles involving newspapers, computer hacking and rewiring circuit boards are all impressively contemporary and play out excellently, especially compared to the surreal nature of other adventure games with their non-obvious and wacky item combinations. Snow Job focuses on logic and the realism offered by FMV and – assuming you can deal with the instant deaths – works extremely well for it. Besides, how many games feature film footage of strippers in New York bars? Its exclusivity to the 3DO is a tremendous shame.