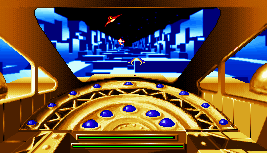 South American history tells us that the Inca Empire was brought down by Spanish conquistadors. What the history books won’t tell you is that the Incans also had access to space crafts, and routinely ventured into the sky to do battle with the magnificent floating galleons of the Spanish Armada. 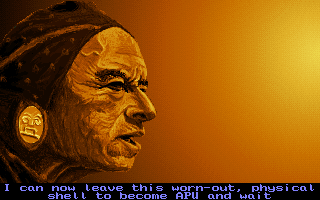 That’s the story from Coktel Vision, anyway, the French studio which was bought by Sierra in the early 90s. Inca, along with Gobliiins, was one of its most (relatively) well known series, if mostly for how surreal it is. It’s also a strange genre mash up, combining elements of space combat, puzzle solving and first person dungeon crawling. 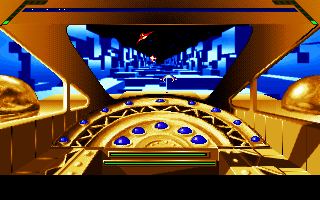 Inca puts you in the role of the Incan warrior El Dorado, as he ventures from planet to planet, explores Mayan ruins (apparently they were space travelers too) and does battle with his nemesis Aguirre. You have a limited number of lives, which is weird for a game of this type, but that’s not the only aspect that makes this feel like a console game. The adventure is divided up into sixteen stages, and it uses a password system to keep track of progress, instead of allowing you to save your game. How bizarre. 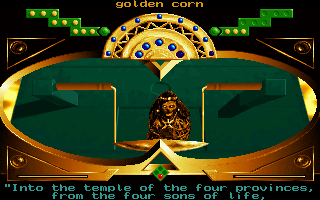 The game starts off with a space combat section. Let’s be honest – this is no Wing Commander. The Incan ship, dubbed a “tumi” (which means “knife”) doesn’t control as tightly, although the rapid firing gun and generous hit detection make it fairly easy to hit your target. And apparently while the Incans were smart enough to uncover the secret of space travel, they weren’t smart enough to develop targeting or navigation systems. Your goal is always off in the distance – just point yourself in the general direction until it gets really big, and you’re set. In the meantime, fighting off enemies (or dodging asteroids) is made difficult because your radar is so damned small. Your arsenal includes a rapid fire laser, as well as some missiles and bombs. The secondary weapons can be hard to aim, but your primary weapon fires so quickly, and the hit detection is so forgiving, that these segments aren’t too hard. At least your ship can take a ton of damage. 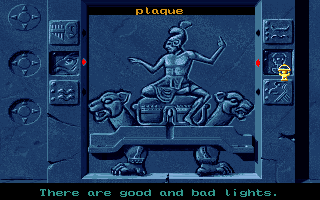 After the first stage, there’s another space section where you fly through a canal, which is basically one big rip off of the Death Star from Star Wars. Although there are enemies here, and you can shoot them down if you want, it’s actually a race, and the goal is to simply beat them to the finish line. 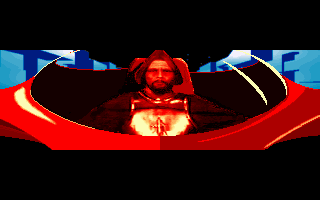 Once you jump out of your ship, you’ve got some puzzles to solve. These scenes are reminiscent of Coktel’s other adventure games, like Lost in Time and Ween: The Prophecy. They’re mostly abstract, requiring that you futz with buttons and switches, and use items where appropriate. They seem obtuse at first, but once you fiddle with them, they aren’t too hard, especially since your inventory is pretty limited. Many of the objects are strange, but your home base has a glossary so you can keep up on your Incan lingo. 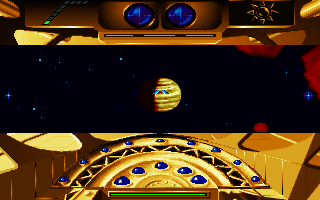 Many of these puzzles are interconnected with first person dungeon sequences. When delving through these corridors, occasionally you’ll be ambushed by Spanish soldiers. At this point, the game becomes a shooting gallery, as you fight the same set of guys over and over and over. The mazes aren’t big, and there is an automap, but it’s full of dead ends, and you can spend a lot of time stumbling, fighting, stumbling, then fighting some more, before you come across the next puzzle. Eventually you also explore Spanish galleons, although these work the same as the dungeons. 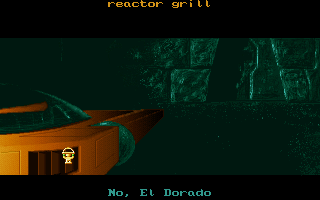 Coktel obviously fashioned Inca to be something of a multimedia spectacle, based on the copious use of digitized actors – who all appear in a golden hue – and computer rendered cutscenes. Even the disk version has some voice acting. The CD version features a full redbook audio soundtrack, and includes a thoroughly ridiculous song called “Inca People”. (“Inca people, looking for a place to goooo…”) Its absurdly cheesy tone fits the nature of the game, but the rest of the soundtrack is legitimately excellent. It’s all new age, with plenty of authentic Incan instrumentation like guitars and wooden flutes. 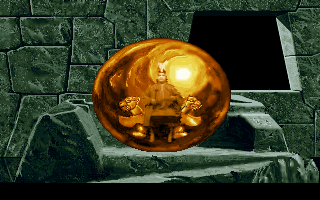 The separate sections of Inca are unremarkable, and while the sum doesn’t exactly exceed the whole of its parts, it’s not unplayable either, and the general wackiness of it makes it worth checking out, if just for a bit. 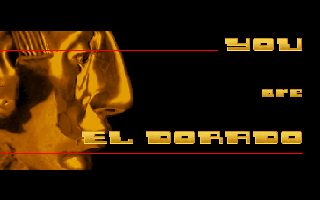