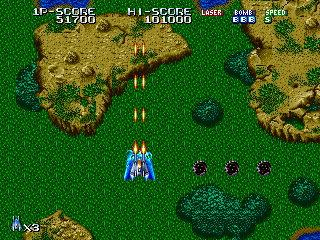 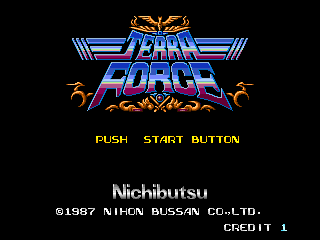 The force wasn’t with Shigeki Fujiwara and his team when they created Terra Force, an unremarkable sequel and the first misstep for the Cresta series. It’s not that the game is terrible – it’s pleasant enough to play, with robust 16-bit graphics and levels that shift perspectives, from overhead to side-view and back. It was one of the first shooters to do this, beaten to the punch by Konami’s Life Force by a year but predating others like Abadox. 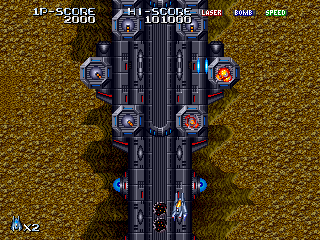 However, as a Terra Cresta sequel, it completely misses the point. The merging ship play mechanics that were at the core of the Cresta series since the beginning have been abandoned. Instead, there are power up panels which boost the strength of the Gaios’ shots and bombs, along with two escort ships similar to the Options in Gradius. It’s functional, but it lacks the addictive hook of building a flying fortress piece by piece, or turning mighty vehicles into a mighty robot. 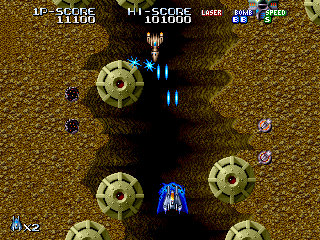 The shifts in perspective deserve special mention. Unlike Life Force, the player can switch from overhead stages to side-scrolling ones by flying into specially marked gaps in the playfield. Convenient exits can even be made in the overhead stages by dropping a payload of powered-up bombs. Sometimes the player is forced to switch perspectives, offering another unpleasant reminder that Terra Force is the black sheep of the Cresta family.