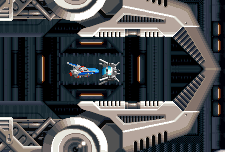 SNK made several shooters in their early history, but only a few of these were produced for their Neo Geo system. Pulstar is one of the most highly regarded of them, developed by Aicom, with great graphics, very smooth animation, and a high quality soundtrack supplied by Harumi Fujita. The game makes heavy use of pre-rendered 3D imagery as the building blocks of its animation, and unlike many games using that same approach from the ‘90s, Pulstar still looks very nice today. Unfortunately, the game is slightly less original than SNK’s best works, with the game’s weapons and even some levels copied almost directly from R-Type and R-Type II. This makes a for a challenging and beautiful game, but one not quite as interesting its biggest influences were when they were first released. 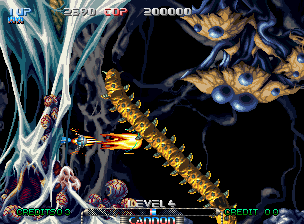 Pulstar‘s slick presentation and high difficulty are impressive even if much of its level design firmly brands it as “R-Type 2.5”. Still, despite the excellently executed graphics, its presentation is less interesting than the moodier and more downbeat Last Resort or the infectiously optimistic Blazing Star. The most standout part of the game is its music. Composed by Harumi Fujita (Bionic Commando, Gargoyle’s Quest) and Yasuaki Fujita (King of Fighters ’95, Mega Man 3), it’s exceptional. The music played during the game’s introduction and ambience may have come to Harumi and Yasuaki (they are unrelated) by way of Vangelis, but all of the game’s tracks are excellent. The rearranged soundtrack used for its Neo Geo CD release is even better, adding to the sound quality while not losing the punch of the original chiptunes like the CD mix for Last Resort. Harumi Fujita has made it clear in an interview with Video Game Music Online that it’s her favorite soundtrack out of everything she’s ever worked on.

Another area where Pulstar excels is its difficulty. It’s one of the hardest shooters made by SNK, and while some would say its lack of originality holds it back, R-Type fans will definitely appreciate its tight level design and relentless enemies. Unfortunately, that difficulty is the only thing the game really has going for it if players grow bored of the presentation. While the Dino 246 can pick up items that give it a protective drone to fly around it along with the typical array of weapons found in the early R-Type games, it’s actually a huge step back from the more interesting use of the drone seen in SNK’s previous shooter, Last Resort. It cannot be controlled at all, and stays permanently attached to the front of the ship. It’s possible to sacrifice the pod in exchange for unleashing a powerful attack on enemies, but this will leave the ship unguarded until some more items are picked up. Simplifying how the drone works in this way completely kills the strategic possibilities found in the games that heavily influenced Pulstar‘s design, and makes it a pointedly blander game to play through despite its fun soundtrack. 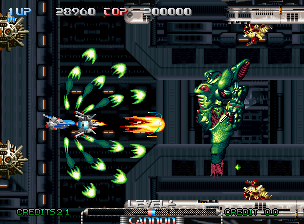 Since Pulstar is an SNK game, however, it manages to be derivative on the surface while still having a unique feel to its action. In Pulstar, with the high number of smaller enemies constantly flying at the player along with a less ambitious arsenal, enemies can be hard to defeat even when one’s ship is fully powered up. Instead of just mashing the fire button, it can be held down to charge up a very powerful single shot.

Despite being in a genre known for letting players unleash massive amounts of firepower, Pulstar is one of the most deliberately paced shooters ever made. It requires players to focus more on positioning and making efficient use of that charged shot at all times, cautiously evading enemies until the last possible moment to damage as many as possible at once. If things get desperate, some special weapon effects can be produced by very rapidly hitting the fire button. These are powerful, but short lived, and offer some atypical attacks like a shield that lets one ram into enemies with abandon. The down side is that due to the game’s brutal difficulty, not many players will actually gather enough power-ups to take advantage of these extra options. 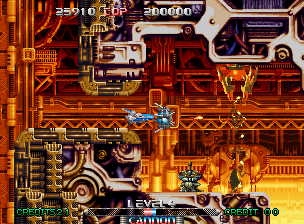 Pulstar was released to a mixed reception. Critics found the game’s presentation to be impressive, but the high difficulty in an already strict genre significantly hurt its reception in a year where players were taking a bigger interest in 3D titles for the PlayStation and more accessible games in the arcades. While dedicated shooter fans appreciated the game’s challenging levels, a 1998 developer interview in Neo Geo Freak reveals that SNK itself thought the game too difficult for the average player. This lead to its sequel, Pulstar Blast, receiving a completely new look to disassociate it from the original’s reputation, eventually being released in 1998 as Blazing Star. This sequel also sees a return of the cooperative play found in Last Resort, and Pulstar’s heroine, Kaoru Yamazaki, also returns along with her ship.

Unfortunately, Pulstar‘s cool reception and SNK’s continued focus on publishing one-on-one fighting games left it forgotten, leaving the game stranded on the Neo Geo and Neo CD. This finally changed seventeen years later, when D4 Enterprise released it on the Wii Virtual Console in Japan, which is a perfect emulation. With the Wii having already long run out of steam, however, it seemed like Pulstar was primed to be ignored and forgotten once again. Fortunately, in 2015 Pulstar made a surprise appearance along with several other classic Neo Geo games on the Humble Store for play on Windows, giving both long time fans and new players a chance to experience it first hand. 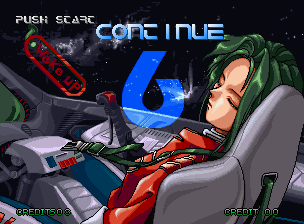 The R-Type series isn’t the only thing to have effected Pulstar‘s development. If the game’s music seems familiar, it’s because Harumi Fujita was a big fan of Vangelis and Project D, with even the name Pulstar being a popular Vangelis song remixed by Project D in 1990. Project D’s version of the song very clearly had a huge influence on Pulstar’s introduction and the DNA of Vangelis can be felt throughout the rest of the game’s soundtrack as well. This might make the “Project Dino” in the corner of Pulstar‘s title screen seem like a cute pun on both Project D and the game’s ship’s name being the Dino 246, but it goes even deeper. The Dino 246 was a series of sports cars produced by Ferrari in the late sixties and early seventies. Even today, this homage has not been lost on fans of both fans and SNK’s classic games. Don’t worry, the circle is complete now as Enerpulse Technologies, Inc. was formed in 2004 to administer testing and promotion of their designers’ Pulstar line of plasma assisted spark plugs. 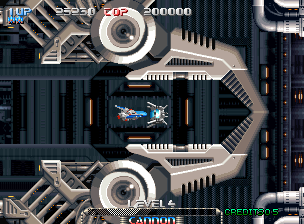 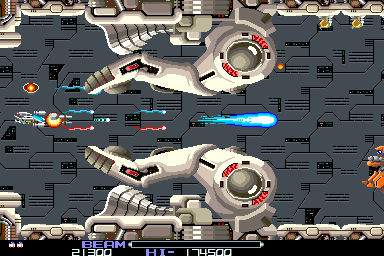 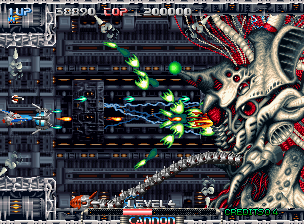 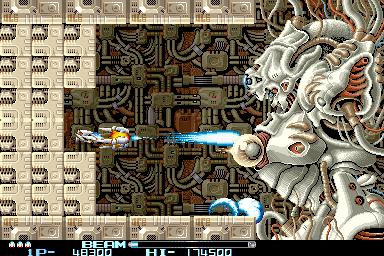 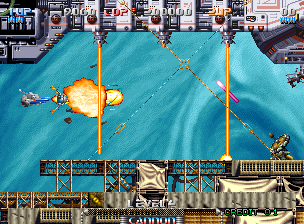 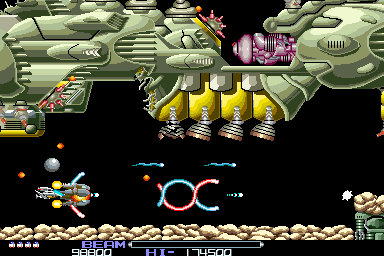 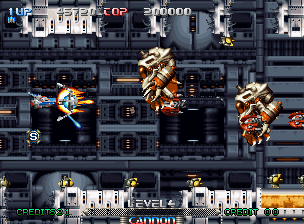 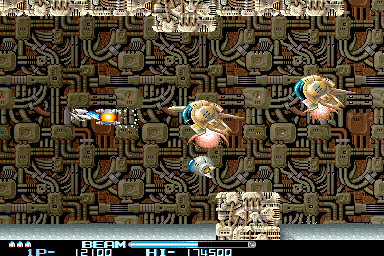