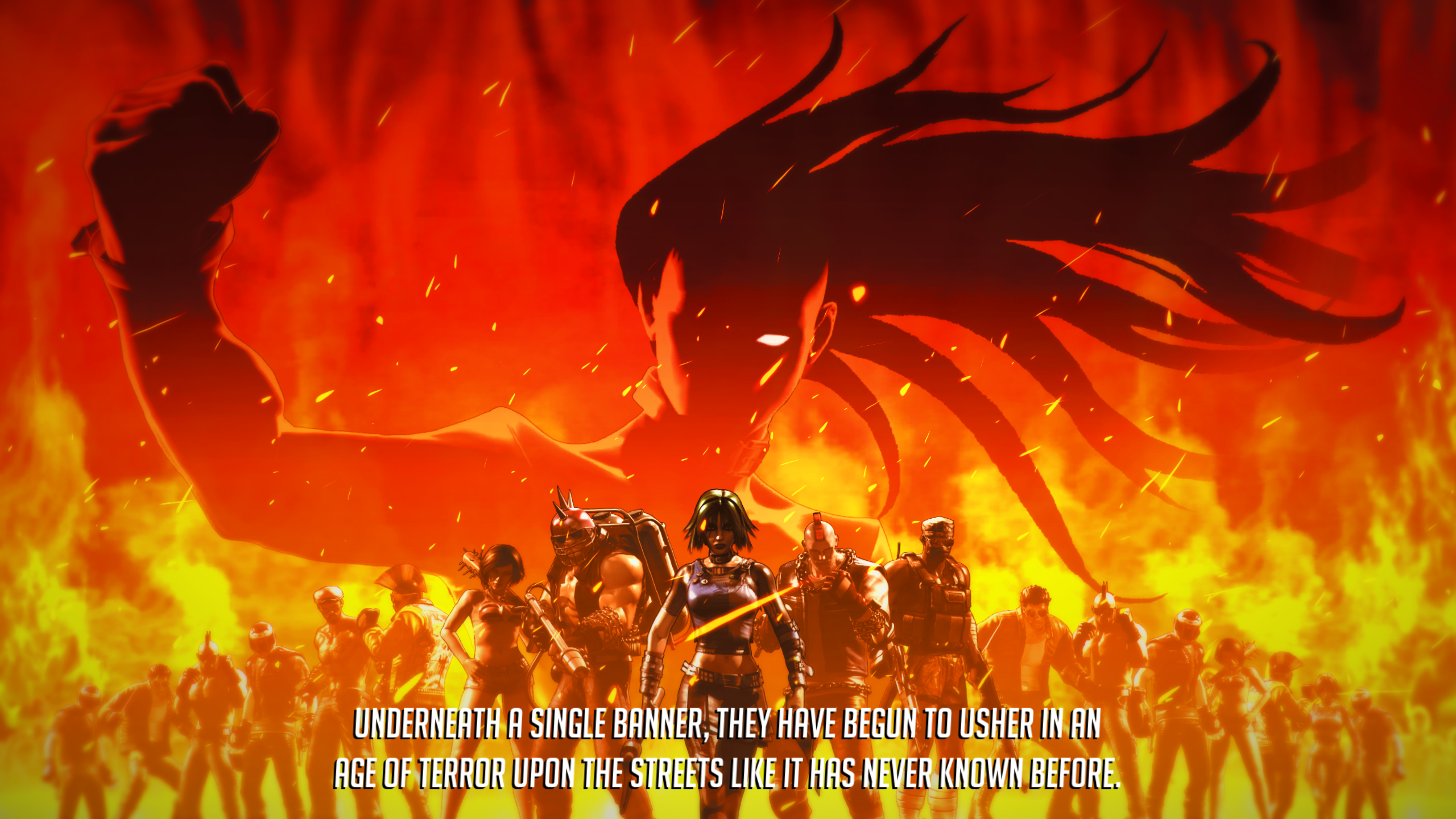 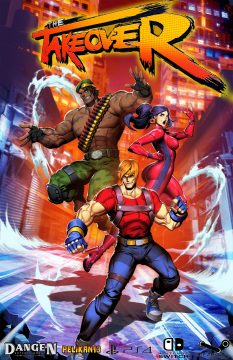 The TakeOver is a bit of an odder beast then it first seems. This beat-em-up done in the style of the classics is the product of Greek developer Antonis “Pelikan13” Pelekanos, a former artist with credits on SEGA’s All-Star Racing series, Buzz!, and various other things. You may also know him for the quietly canceled 90s Arcade Racer project he kickstarted. Around the time of that announcement, The TakeOver appeared in early access on Steam, getting a full release in 2019, ports slowly coming out with help of Dangen Entertainment. That only happened due to the game’s producer, who joined after he left some feedback for the dev and then got a job offer. That producer ended up being Matthew “McMuscles” Kowalewski, former member of the Best Friends Play LP group, host of YouTube documentary show What Happened, and the reason you keep seeing that Baz guy appearing in random indie games. 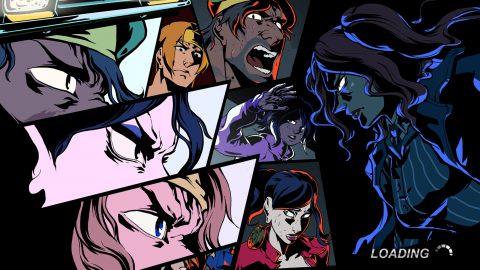 Kowalewski came into the project a bit late so what we’re left with is an interesting little mess where two creative voices each wanted to make a homage to 90s beat-em-ups, but each seemingly having distinct voices in two completely different areas. The core of the game was done by Pelekanos, while Kowalewski handled the story and cutscenes for the arcade mode, plus gathered talent to help with the project. That includes friends like artist Donald Kirby, musician Little V, and notable voice actors like Kira Buckland, Marc Swint, and Team Four Star’s Takahata101. Even the title theme was done by the legendary Yuzo Koshiro. Kowalewski even handled the game’s PR and marketing, which is why the game tends to circulate among his audience and network of YouTube friends. 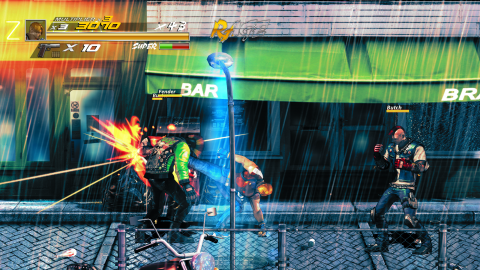 The TakeOver mainly takes its identity from Streets of Rage, having you fight through grimy streets inspired by 80s and 90s cheap crime thrillers. You start with Ethan, Megan, and Connor, your usual balanced, fast but weak, and strong but slow character variants. The combat is very familiar, but the game has a combo system you usually don’t see from games like these, able to use launchers and slams as combo continues and finishers. You get some useful tricks like being able to pull out a gun if you have ammo and use special moves at the cost of some health, not to mention usual stuff like grabs, pick up weapons, and dashing and jumping attacks. You also have a super bar for a screen wide attack that knocks down mooks, and a rage meter for a rage mode that lets you block everything and get a huge damage buff for a short time. It has a similar start and stop rhythm expected from the classics, but the ability to eke out extra damage with some understanding of how enemies fly away and getting in a juggle is a ton of fun, as is Connor’s running grapple that gives you some I-frames for a short bit. There are even some fun, arcadey style minigames mixed in here and there, and gun focused challenge bits. 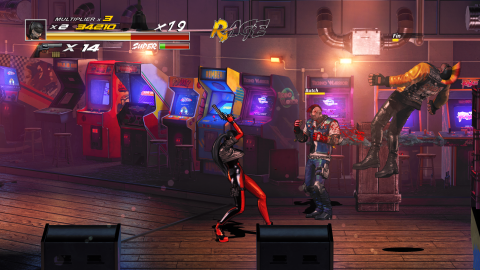 Where the game thrives is in the presentation, and Pelekanos’ experience shines through during gameplay. The rendered graphics are slick and fluid, the backgrounds extremely detailed, and the sound effects bombastic and impactful. Even the music constantly rips with strong guitar work and appropriate blistering energy. It’s an amazing looking game at points, which makes the cutscenes stick out for their sloppiness in their production. Kowalewski has said this has been a learning experience and it definitely shows. See, The TakeOver was developed in the style of a New Blood release like ULTRAKILL or Dusk, or the charming A Hat in Time. Everyone involved contributed over the internet, with Kowalewski organizing the talent, giving them direction. 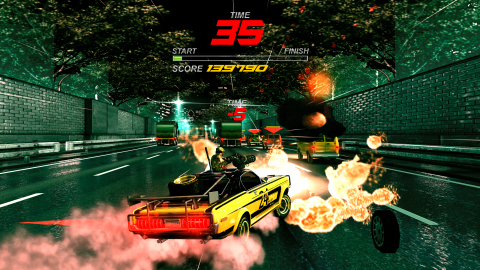 The story is solid enough for a game like this, though the tone tends to whip all over the place and doesn’t really click until the island levels. There’s also  a bad ending that comes down to a bare bones moral choice that was most likely influenced by a similar scenario in the original Streets of Rage. The art and animation, emulating a comic book, generally works, but the expressions tend to look a bit off at points, an issue for the game’s alternatively very grim or very goofy tone. It works great for comedy, less so for the attempts at emulating the edge of the 90s. The voice acing is the biggest problem, not due to the actors doing good work, but using their own personal mics without proper recording set up, not to mention the post editing making many of them too loud (especially with Megan) and the actors not quite being on the same page on the intensity of a scene. 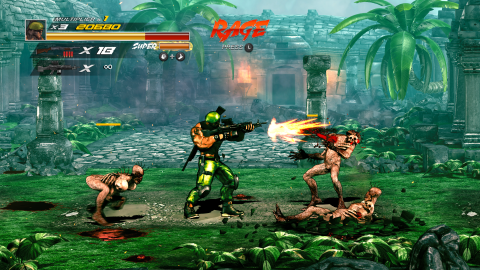 The TakeOver is a great beat-em-up and well worth your money, and you even get some extra rewards for replay, including a new playable character. It also has The Baz, which is always a huge plus for any game, and Matt “MattyFatty” McMuscles is doing us all a huge service by forcing him in everything. However, there are clear issues with the inconsistent production, and the desire to stick close to the classics – arguably too close. The bosses are just as obnoxious as the old quarter munchers, in particular, breaking combos and using attacks with little warning of what’s coming. If you want something fresh, this isn’t it, but it does enough well and new to be a good time for someone looking for pipe to the head comfort food. Good way to kill two hours, plus has a survival mode and co-op for replay value.