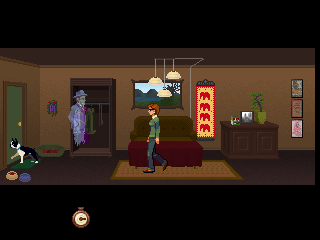 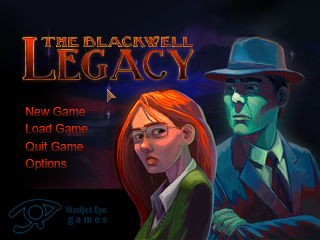 Wadjet Eye Games is one of the most reliable names in indie games, founded by Dave and Janet Gilbert in 2006 as a means to publish their creative efforts. They released their first game The Shivah, a rabbinical murder mystery, in 2006. Since then, Wadjet Eye has developed seven games in-house and produced five separate titles including Resonance, Gemini Rue, and Primordia. Wadjet Eye is, essentially, a professional company with independent sensibilities. Each game reveals the love and effort of the individuals who create them, and for that above all else they deserve to be lauded.

The bulk of Gilbert’s personal output since founding the company took shape within a single series, the Blackwell pentalogy. Blackwell started way back in 2006, and he finally completed it in early 2014. As Wadjet Eye’s magnum opus to date, the Blackwell games represent a fascinating record of how a game maker’s design philosophy develops over time and tell an excellent story of love and loss, life and death, finding one’s identity, and urban isolation. With such themes and a New York City background to boot, Gilbert half-jokingly refers to himself as the “Woody Allen of adventure gaming.”

The series roots go back even further, though, in form of Gilbert’s first efforts as a game developer: Two of a Kind and Bestowers of Eternity. Two of a Kind was a charming little game about twins with magic powers who become private investigators. Bestowers was about a woman living in New York City who could see ghosts. The mystery-solvers-who-aren’t-cops and switchable protagonist aspects of the former and the plot and setting of the latter would later be incorporated into the Blackwell series. The graphics and presentation of these games are rudimentary at best, but the AGS community received the games exceedingly well. Even though Gilbert has mentioned on several occasions that he’d rather everyone forget about these relics, they do show much of his potential. These games, especially Bestowers, created roughly around 2004, became something of a prototype for the Blackwell games.

At the center of Blackwell are its protagonists: Rosangela “Rosa” Blackwell and Joey Mallone. Rosangela is the current medium in the Blackwell lineage, a trait passed down through the women of the family. The medium’s job is to help lost spirits, who haunt their old houses and hangouts, unaware or unaccepting of their demise. They make them come to terms and pass on to the next world. Along for the ride is her spirit guide – in the Blackwell bloodline, it’s Joey – a ghost who remains temporally bonded to the medium in order to help her assuage the ghosts. 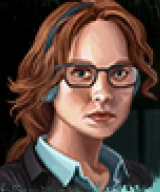 In Legacy, Rosa is introduced as a recluse and introvert. Her parents died tragically soon after her birth, so she was raised by her aunt Lauren for the first few years of her life. Lauren sadly fell into a coma from which she never woke up, leaving Rosa all alone in the world. Rosa is, then, a generally reserved individual who writes book reviews for the Village Eye, a low-circulation newspaper, and lives comfortably in a studio apartment off her meager salary. All this changes when her medium powers emerge, and she goes from the quiet neighbor across the hall to Kolchak the Night Stalker. Smart, snarky, and sympathetic, Rosa is a fine addition to the point-and-click adventure genre’s stock of well-rounded female protagonists. Voiced by Sande Chen in the original version of Legacy, then by Rebecca Whittaker for the re-release and the rest of the series. 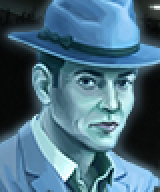 A ghost who died in the 1920s. The powers that be brought him back from the next world in order to guide Rosangela’s grandmother. His past is kept under wraps for much of the series. A sardonic, suit-wearing spook, he is a comic anachronism (modern technology, art, and slang are beyond him) as well as an interesting contrast to Rosa. Rough around the edges but clearly well-meaning. He meets Rosa’s sarcasm blow-to-blow and is in consistent dismay at the fact that he can’t move solid objects. His tie somehow links this world with a portal to the one beyond. What could have been an amusing idea for a one-dimensional side character here develops into a fascinating protagonist. Voiced by Abe Goldfarb. 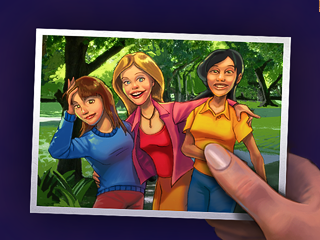 The Blackwell Legacy begins with Rosa pouring the ashes of her aunt Lauren from a bridge. Lauren was in a coma for the majority of Rosa’s life, but still the only family Rosa had. It leaves her in a somber, contemplative mood. She has little time to ruminate on her aunt’s death, however, as her editor tasks her with coverage of the suicide of a local university student, which she begrudgingly accepts. As fate would have it, her brief stint as an investigatory journalist parallels her burgeoning mediumhood.

Gameplay is fairly simple, a point-and-click affair of looking up information online, interviewing disgruntled young adults, and using items to do things like drug a dog or sneak into the hospital room of a psychologically scarred college girl. As an introduction to the series, Legacy isn’t concerned in creating overly complicated puzzle conundrums, but rather sets up the basic formula: Meet spook, find out about spook’s life, make spook realize they’re dead, and carry spook over to the other side. It’s a fairly effective pattern, one that rarely feels overused or repetitive throughout the series, especially since it tends to transform in unexpected ways.

The stories of the ghosts amount to what Gilbert refers to as “the ultimate character study.” Perhaps this is what makes the process of learning about them so much fun – each has their own distinct story to tell. While not necessarily adding to the series overall story arc, they are often tragic and beautiful, worth the time it takes to tell them.

The main story in Legacy deals with three university students and an enigmatic figure known as the Deacon. It may pale in comparison to later ghost stories, being only an introduction and all, but it is still a unique narrative. Especially interesting throughout the Blackwell games is the lack of moral absolutes – there is no “villain” per se, and for the most part the series lacks truly malevolent characters.

Ian Schlaepfer designed the character art. It’s above average for indie games of that era, but animation is used frugally compared to successive games. The portraits are fine, but suffer from obvious restrictions in the color palette. The backgrounds, designed by Tom Scary and Chris Femo, are decent, but often grainy and incorporate questionable color choices. 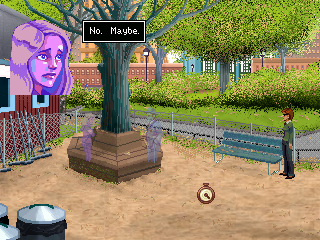 Peter Gresser, who previously worked on The Shivah, composed the soundtrack for Legacy. It’s a good soundtrack, but the music has a modern, electronic sound to it, which is at odds with the jazzy “film noir” feel that Thomas Regin, the composer for all other games in the series, would cultivate. Still, on its own it’s pretty good.

The voice acting is great, even more so in comparison to other indie adventure games. Abe Goldfarb and Rebecca Whittaker never feel like they recorded their lines separately, often demonstrating an surprising amount of chemistry. Secondary characters are pretty serviceable as well, with the exception of Rosa’s (delightful, wonderful, amazing) neighbor Nishanti. While the voice actress herself is good, her accent is thoroughly American, when the character is supposed to be from India. This nitpick is thankfully rectified in Convergence.

Unfortunately Legacy is prone to puzzles that boil down to talking to one character, then talking to another character, then going back and forth between them ad nauseam. This aspect makes the game feel repetitive. In addition, the ability to switch between Rosa and Joey is yet unused, which means Joey spends most of the game just floating there uselessly. One rather poorly placed “forced stealth” puzzle, one of the cardinal sins of adventure games, is featured here as well. 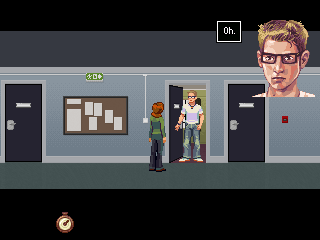 Legacy is also marred by large amounts of info dumps and exposition overload, in the form of long character speeches or excruciatingly in-depth notes and letters. Gilbert himself expressed regrets for this design choice. He worked in this game with a “true to life” philosophy, which meant long conversations with only some plot-relevant material. It is in many ways forgivable, since the dialogue is usually entertaining, but Gilbert’s move to a “less is more” philosophy in later entries was still for the better.