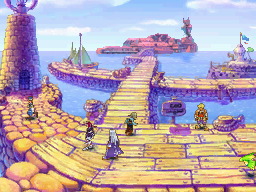 This entry was written for the Japanese Video Game Obscurities book. 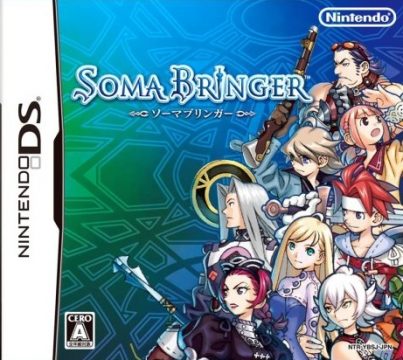 Monolith Soft, founded in 1999 by ex-SquareSoft employee Tetsuya Takahashi, is mostly known for the Xenosaga games for the PlayStation 2, as well as the two Baten Kaitos titles on the Gamecube. They were bought up by Nintendo to produce RPGs for their platforms, the first under this arrangement being the DS game Soma Bringer. Unfortunately, this was also around the time when Nintendo of America was absolutely mortified at localizing anything with a significant amount of text (see: Mother 3) and so the game went unreleased outside of Japan.

And it’s a real big shame, because Soma Bringer is ahead of its time, in many ways. It actually borrows a lot of aspects from Western RPGs, which have become significantly more popular in the decade since its release. There are eight core party members, of which you get to pick one to play as, and then select their class. Upon leveling up, you can upgrade both their stats and abilities in ways reminiscent of games like Diablo. The other story characters are controlled by the computer, joining you two at a time, though there’s also local multiplayer, if you’d like to play with friends with other DS consoles. The action resembles Diablo and other types of hack-and-slash dungeon crawlers too. Though the levels are pre-designed, there is randomly dropped loot, though not quite the expansive amount as other games. 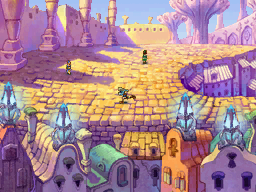 Yet it’s still very obviously a Japanese designed title, with gorgeous hand drawn backgrounds that recall PlayStation RPGs like Legend of Mana and SaGa Frontier 2. The music is provided by the always excellent Yasunori Mitsuda (Xenogears, Chrono Cross), working together with the visuals to create a beautifully entrancing experience, in spite of the low resolution and limited fidelity of the DS console. The character designs are rounded and cute, with a number of anthropomorphic beings mixed in the humans, telling the tale of a world filled of magic and the mysterious beings called Visitors that seem to be stealing it.

Like many of these types of games, the action does get a bit repetitive, as the dungeons are long and samey, and the combat isn’t incredibly involving, but it’s still an excellent portable RPG, one that feels more like a successor to the SNES classic Secret of Mana than any of its actual sequels. 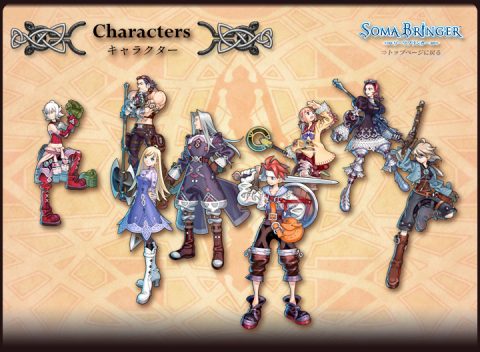