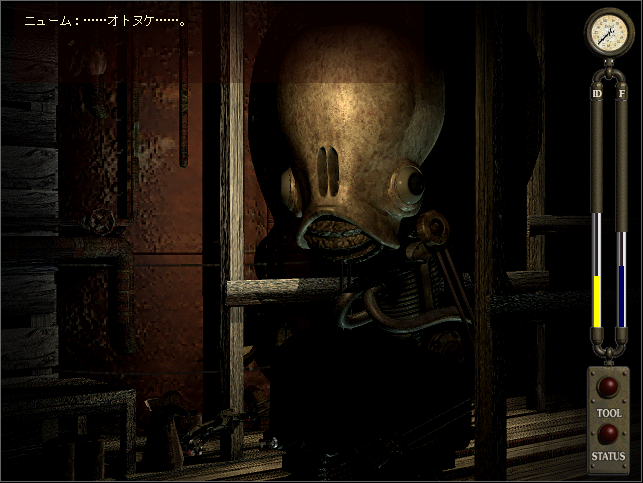 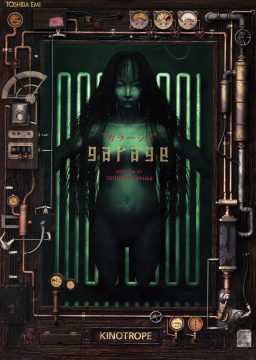 Garage: Bad Dream Adventure opens in a dark room. You feel around for a light switch, and the first thing you see is your reflection in a mirror, a deformed monstrosity that looks like an alien fetal head, which is connected to a large ball with mechanical arms and wheels. According to the notes left around, you’ve found yourself in this nightmare of a body, and must somehow find your way out. 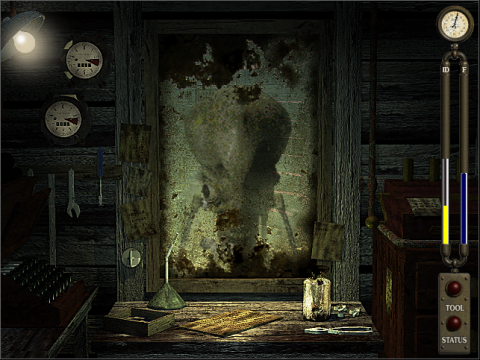 Designed by Japanese surrealist Tomomi Sakuba, the world of Garage is a dilapidated shack, cloaked in darkness, with valves and pipes laid about in a way that make it seem like some kind of steam engine. Seeing how your body has wheels instead of feet, you move around the tracks laid around, talking to the various other denizens of this nightmare realm. Much of the game is spent upgrading your body, but you also have to watch out for your gas meter, as well as your “sense of self”, which renders you an incomprehensible mess to the other characters if it’s too low, and will outright kill you if it bottoms out. Like many Japanese RPGs, the game has a strange preponderance with fishing, and you’ll need to collecting various creatures to keep yourself up and running.

This is a profoundly uncomfortable game to look at, much less play. It’s not a horror game in the traditional sense because there’s no real gore, but its unsettling world permeates your psyche in ways that few other games do. The music is low key and eerie, and there’s a pervading sense of despair that permeates everything. Yet most of the creatures in the world are actually friendly, despite their deformed, almost fish-like appearance, and there’s quite of a bit of odd dialogue to be shared. Indeed, as the title suggests, it strongly feels like the designer had some really messed up dream and decided to share it in computer game form. 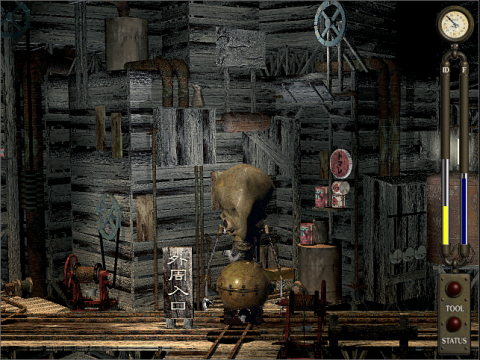 Even in Japan, Garage: Bad Dream Adventure is extremely rare – it’s believed that only a few thousand copies are in existence, and the last time it appeared on used media site Suruga-ya, it had an asking price of 300,000 yen (about $2750). It’s only available on the internet thanks to some posters on 4chan’s /vr/ board, who found it on auction and fronted the money to help preserve it. Some of the details can be found in the HG101 forum thread.