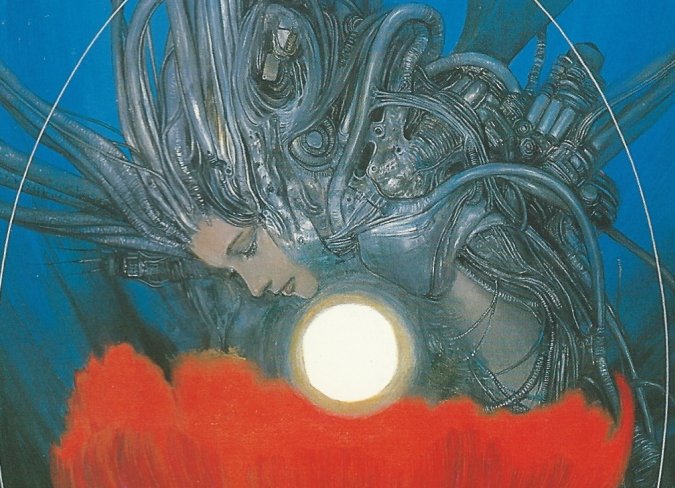 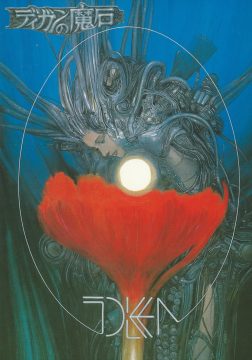 Digan no Maseki (“The Magic Stone of Digan”) is a rather unusual role playing game released only for Japanese computers. It begins with a young couple, Dino and Abiria, getting married, but on their honeymoon journey, they’re given a terrifying fortune. When they return, the young bride comes down with a mysterious, disfiguring disease, so it’s up to Dino to set off on a journey to find a cure. 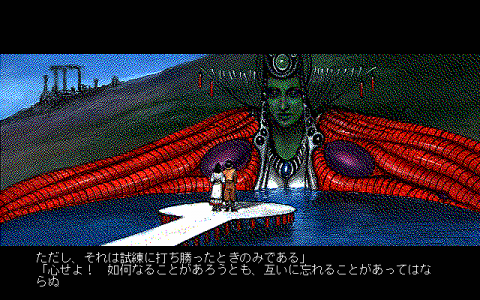 Developed by Artec, this title stands out for two main reasons. Firstly, since Dino is just a regular guy on a long journey, it’s much more realistic than other RPGs. The game functions on a day/night cycle, and you not only need to keep yourself fed but also well rested. Injury and diseases are common – you might catch a cold from a sick NPC or get an STD from visiting red light districts – and must be cured unless you want your performance to suffer. Slain monsters don’t give much gold, so instead you get money like you would in normal life: by working a job and getting paid wages. While various other people can join you on your journey, they act on their own accord, both inside and outside of battle. Their relationships matter, and how faithful they are depends on how you interact with them. 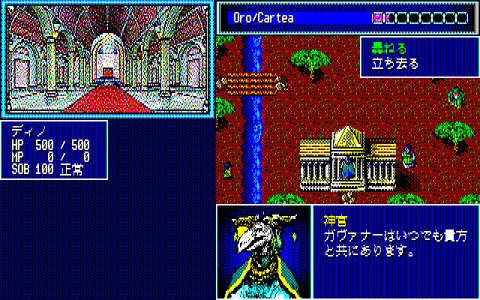 Secondly, the artwork is provided by illustrator Naoyuki Kato, who also provided the artwork for the Japanese versions of The Guardian Legend (Guardic Gaiden) and Space Megaforce (Super Aleste). Rather than the bright manga-style characters of other PC RPGs, the artwork is digitized from his illustrations and adapted using dithering techniques to the limited color displays of the time. Plus, the world design is both distinct and expansive, offering many races. Taken together, it’s a unique blend of Western and Japanese design that make it extremely unique, especially for its time. The PC-88 version also uses the Terpsichorean FM synth sound driver written by Hitoshi Sakimoto, giving it a rich texture similar to other titles he’s worked like Gauntlet IV for the Genesis and Shippu Mahou Daisakusen for the arcade / Saturn (though he didn’t actually compose the music for Digan no Maseki).