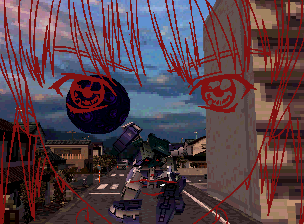 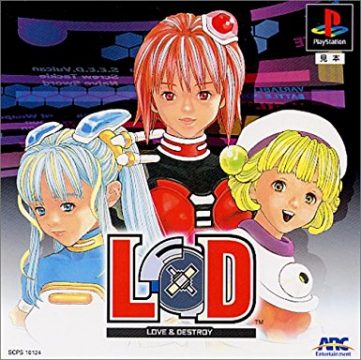 Love & Destroy is a mecha shooter/love simulation developed by Inticreates, who previously worked on the PS1 mecha/racing game Speed Power Gunbike, and later went on to work on various retro-themed properties, including Azure Striker Gunvolt and Blaster Master Zero. It is superficially similar to Hudson’s Bulk Slash (covered elsewhere in this book), though its execution is substantially different. 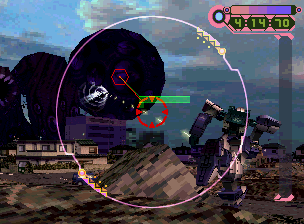 As a nameless boy, your goal is to protect the Earth from invading monsters using giant mecha. A typical setting, to be sure, but associated with the mecha are navigators called Q-Trons, cute girls who determine the type of mecha you pilot and its weapons and abilities, as well as providing mid-battle support. Each mission has a specific Q-Tron whose abilities are the best match for the enemies you’ll face, but you can choose any of the three that you want. Your performance during the missions increases your score, in turn unlocking more powerful upgrades.

Technically, the game is extremely short – there are only a handful of missions, each concentrating on either a single boss or a handful of smaller enemies – and can be completed in about 30-40 minutes. The real goal lies with how you develop your relationship with the girls, with a whole ton of cutscenes based on which girls you choose, your battle skills, and how you respond to them. There’s also a meta-game for triggering and unlock various sound clips spoken by the girls – some are triggered fourth-wall breaking things like opening the PlayStation lid during gameplay. Obviously, you’ll need to play through several times through to unlock all of these. The game’s numerous animated scenes were produced by Production IG, while the character designs are by famed manga artist Masakazu Katsura (known for romantic stories like Video Girl Ai and I’s). 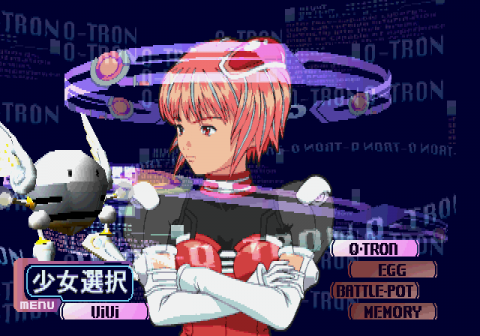 The action itself is a little clumsy – as a later PlayStation title, it utilizes the dual analog controller, allowing for separate movement and aiming, but the occasionally claustrophobic camera and intense destruction can make it difficult to follow the action. Plus, because the game is over so quickly, and the cutscenes so short, it’s hard to actually feel much emotion for the girls, despite the title’s intentions. Nonetheless, a unique and interesting action game.