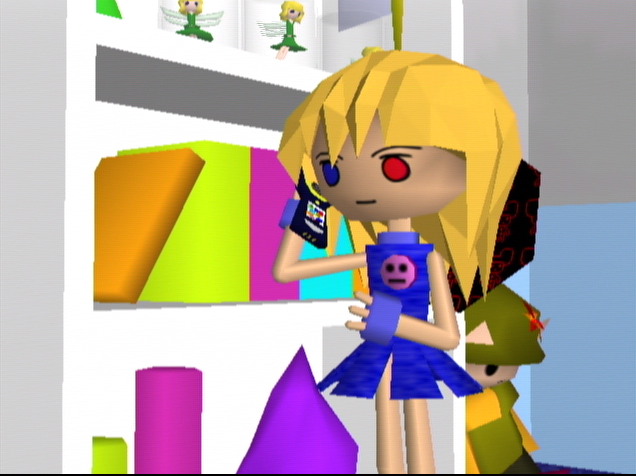 This entry was written for the Japanese Video Game Obscurities book, which is currently being crowdfunded on Kickstarter. The campaign ends on at 1 PM on April 11, 2018, make sure to get your pledges in before then! 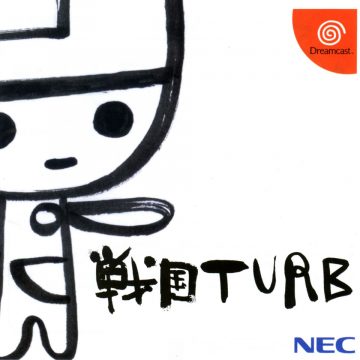 Sengoku Turb is a bizarre Dreamcast action-RPG, that takes place on the far away planet of Raiyon. Despite the colorful landscape, it’s actually in a constant state of war against the two major citizens: cats and sheep (“sengoku” means “warring states”, which refers to this conflict). As a young woman named Jino, an outsider who stumbled onto this planet, you end up allying yourself with the felines to help quell the accursed sheep menace.

The game is actually a 3D remake of an earlier shareware PC98 title of the same name developed by the group Bio_100%. The characters are designed by Yoko Kuroyanagi, one of the main designers behind the Tamagotchi series of virtual pets, which were popular in the mid/late 90s.  That child’s toy influence is striking from the minute you pick up the game’s case, which is rendered in simplistic scribbles. The in-game graphics are also incredibly low tech, with character models built with a visibly low amount of polygons, giving them a remarkably boxy look; most landscapes consist of the same simple textures pasted over hundreds of times. It certainly doesn’t look like something that would sell the (at the time) brand spanking new Dreamcast. 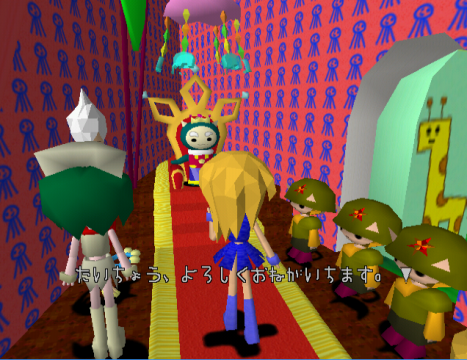 At its core, Sengoku Turb is technically a very simple action-RPG – you’re plopped on a large battlefield, and need to kill all of the enemies. There are friendly AI cat combatants on your side, which you can outfit with various equipment and give vague commands to. In some ways, it’s similar the “musou” series of games from Koei like the Dynasty Warriors games, though much simpler and sillier. Even the weapons are quite bizarre – there’s the usual equipment like swords and shurikens, but later you can attack with ice cream and pellet drum; shields are carried on your back and flags can be equipped on the top of your head. You can find stat boosting fairies called “tainyan”, but rather than sprinkling you with dust or whatever to grant you their power, like they do in the Zelda games, instead you actually devour them. You can capture the other animals on the planet, including bears and rabbits, and use a device to turn them into cats so they’ll become part of your army, but sometimes they fail and you get a deformed (but still cute) creature of somewhat low intelligence. The dialogue, spoken in a backwards-sounding gibberish, often has a similar biting tone at contrast with the bright visuals. 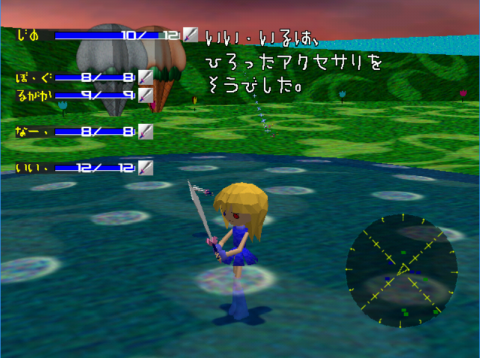 The main question of Sengoku Turb is – is the low quality of the visuals and clumsy controls the result of poor design, or was this ridiculousness intentional? And the real answer is, it doesn’t matter, because once you get over the initial awkwardness, it’s plenty of goofy fun to mess around with.  If you’d like the weird experience of Sengoku Turb but don’t want to play the actual game, there was a spinoff called Sengoku Turb: FID(Fanfan I love me dunce-doublentendre) (yes, that’s the actual title, though it seems that “dunce” should actually be “dance”), which includes sixteen minigames, including a simple run-and-gun shooter.

Some screenshots from here