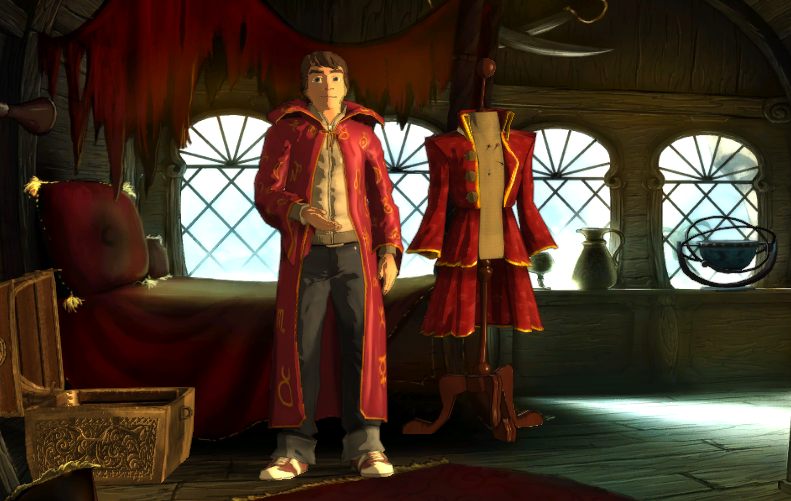 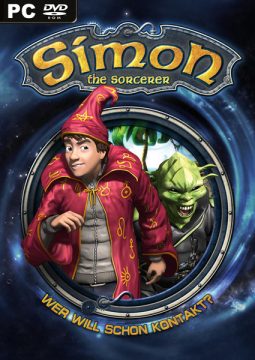 In the fifth Simon game, the Magic World has been invaded by a group of aliens called Nihonians, not only stirring up trouble but also kidnapping Alix. Before Simon can properly take off after her, he’s accosted by two talking moles in trenchcoats and whisked away to a tropical island prison, purportedly for his safety. But paradise can’t keep him down long, as Simon eventually heads to the skies to take down the otherworldly visitors. 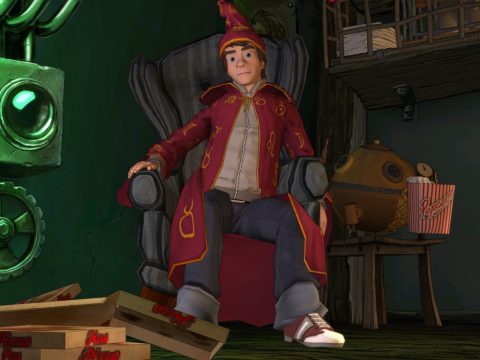 Simon the Sorcerer: Who’d Even Want Contact? uses the same interface as its predecessor. It looks mostly the same, although the character models are much brighter and cartoonier. The advertising claims this is “cel-shading”, but it really isn’t – they’re just regular textures colored to make them look more like classic cartoons. It’s a suitable style that makes it more distinct.

Other than the graphics, though, not much else has improved. The same horrendous voice actors from Chaos Happens return to fill their voice roles, and the dialogue is just as dire as ever. Some old characters return, but they’re mostly the ones Silver Style made for the last game. The bratty Little Red Riding Hood was cute for just a second before, but she’s practically unbearable now that she’s devolved into an obnoxious straw feminist. The cowardly Wolf returns too, and you can even play as him for a bit. The Genie from Simon the Sorcerer II (who probably no one would recognize if Simon didn’t bring it up himself) also makes a return, here having taken on the guise of a Freud-like psychoanalyst. Swampy returns too, and his voice actor should be shot, or at least tortured a little. 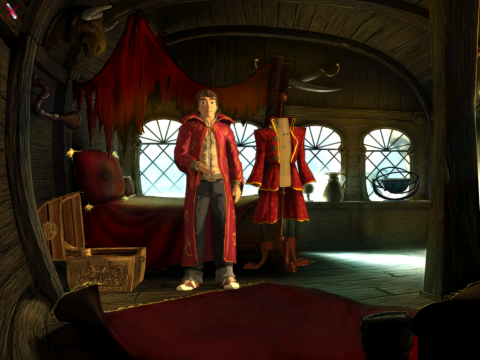 The new characters aren’t that much better. There’s a pretentious talking mechanical bird who follows you around. There’s a crazy doctor who talks to the sock puppet on his hand as if it were alive, a joke South Park did nearly fifteen years prior. Then there’s Captain Narrow, a play off of Captain Sparrow from Pirates of the Caribbean. His thing is that he’s really gay.

Yet for how bad most of it this, it’s still a vague improvement. The shipwrecked boat on the island, the beautiful underground mushroom cave, the city of the moles, and the Nihonian spaceship are all way more interesting locales than the boring city that encompassed the first part of Chaos Happens. Plus, some of the puzzles are actually kind of funny. In order to steal Red Riding Hood’s backpack, you need to distract a fierce-looking crab that’s guarding it. You find a regular crab on the beach, but if you unite the two, the lesser one just gets scared away. Instead you need to dress it up with a makeup kit to give it lipstick and eyelashes, properly distracting the guard crab. It’s just crazy enough that it almost excuses the previous puzzle, a daft bit where you need eat some chalk to make your voice sound more feminine. 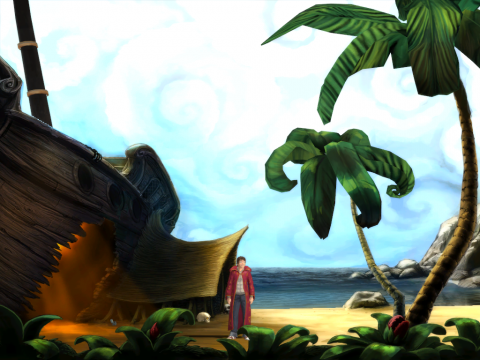 Saying that Who’d Even Want Contact? is a better game than its predecessor is technically correct, but is also giving it too much credit – it is merely more tolerable. It would probably be better for the franchise if they just let it die, though, or at least put it in the hands of someone more competent.