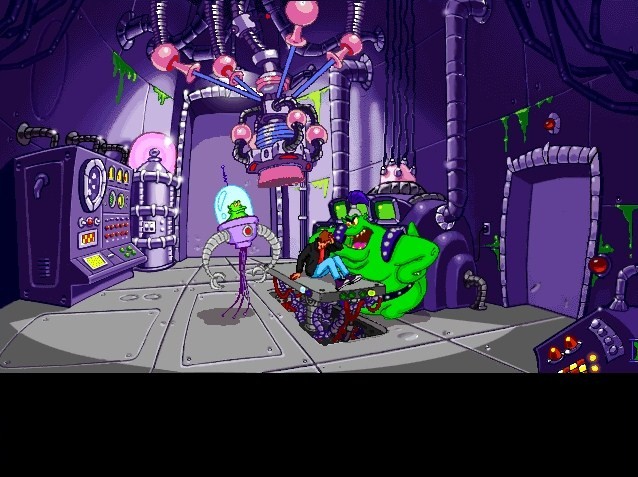 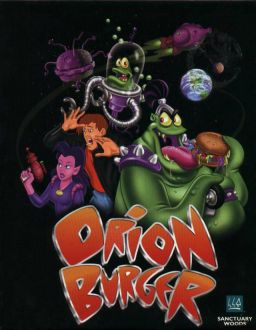 Some games are well remembered for their excellent stories, but suffer from lack of actual gameplay. Others have memorable graphics but are otherwise a shallow experience. Orion Burger is a tragically overlooked game that manages to get everything right. It tells the story of Wilbur Wafflemeier, a young man randomly selected to test whether human beings are intelligent life. If he fails the tests, humanity will be harvested and turned into fast food Orion Burgers by an evil intergalactic conglomerate. In fact, there’s a good chance the human race will become burgers whether he passes the tests or not. After Wilbur fails the first test, he is meant to be sent back to earth from the exact moment and time that he left by a temporal transporter with his memory erased. Something goes wrong, and a Groundhog Day-style time loop is formed, allowing Wilbur to do what he needs in order to pass the horrible tests while remembering what went wrong in all of the previous attempts.

The game’s graphics are done in the style of traditional western animation. The characters are surprisingly well drawn, fluid and energetic, similar to LucasArts games like Sam & Max Hit the Road and Day of the Tentacle. The backgrounds are of the same quality, making the entire game a pleasure to see. Unsurprisingly, several of the lead designers, programmers and artist went on to work for Disney Interactive and LucasArts. To compliment the excellent animation, all of the characters have an abundance of things to say, and all of the dialogue contains humor and personality. The English version of the game benefits from recognizable voice actors such as Rob Paulsen (Teenage Mutant Ninja Turtles, Animaniacs) and Jim Cummings (Aladdin, Goof Troop). Even the bit characters are well acted, which is a great touch. 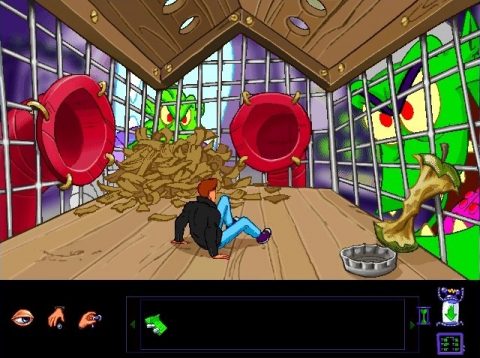 The game features two primary locations, one being Wilbur’s quaint home town. While it is definitely set in modern times, the idealistic small town – complete with a barefoot kid fishing off the old bridge with grasshoppers – feels right out of a fictional 1950s. The colorful characters and nostalgic presentation are reminiscent of the film The Iron Giant. You would hate for the rude waitress, the mayor with split personalities, or dear old Aunt Polly to be turned into hamburgers. The rest of the game is spent with the aliens, and it feels more like the animated Space Ace arcade game. There is even an alien love interest that looks like a cheesecake pinup girl. The main alien antagonist is of the evil obese variety, and while everything in the game is played for laughs, his callous attitude toward murder and even genocide is unsettling.

The story is well crafted, especially in its use of the time loop as both a plot device and as a gameplay element. It works like this: after failing the alien’s test the first time, you return to Earth. You gather what you think will help you to pass the test, and attempt the chain of events again. If you manage to pass the test, the aliens give you another and another, and if you fail the loop continues to repeat itself. The time loop is more than just a replacement for the usual dying and restarting. Some events in town are on a set schedule; for instance, a delivery truck comes into town. If you act early enough in the loop, you can change the driver’s route. If you miss the truck, you can always hit the menu button to reset the loop.

The puzzles are quite tough. This is especially true for your test preparations, as you have no idea if something works until you return to the alien ship, and you sometimes have to perform very specific actions within a time limit to complete the aliens’ tests. While you can’t actually die in the game, the time limit makes completing some puzzles very difficult, and if you managed to miss something it turns out you need later, you’re better off pushing the button that allows you to begin the loop again. However, more and more necessary actions in the time loop are done automatically as you progress. The game also lets you know if you have something partially right, so not everything is a complete shot in the dark. Still, the repetition and difficulty will be a negative for some players, and completing this game without the help of a walkthrough would be an amazing accomplishment. 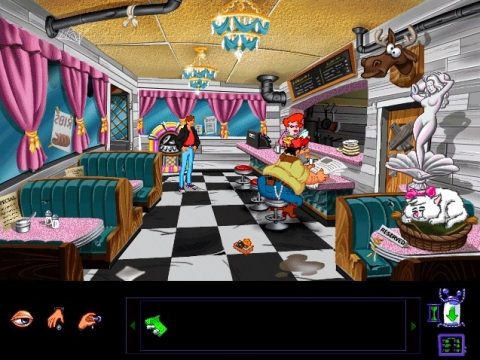 Orion Burger was released only Germany, France, and the United Kingdom. While pirated versions of the game can sometimes be found online to download, actual used copies are quite rare and demand a high price. But if it originally had a wider release, it surely would have been a well-remembered classic.