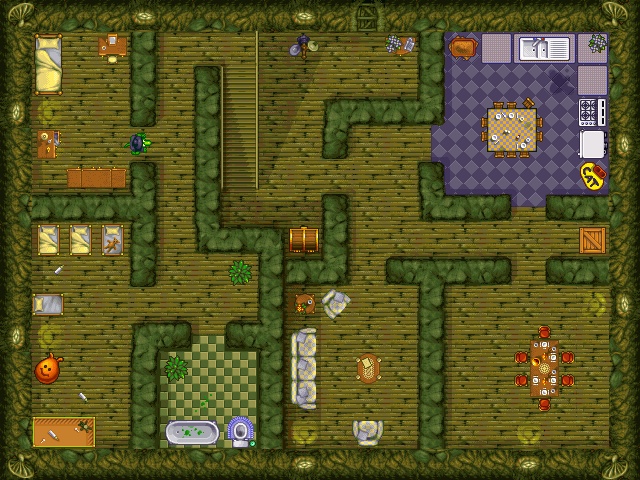 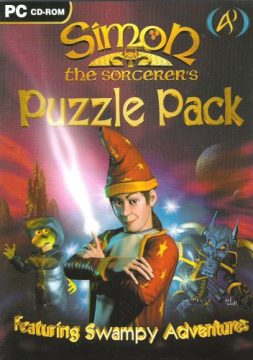 To fill the gap between the second and third games, Adventure Soft released two spin-off titles featuring Simon and various other characters. The first of these is the Puzzle Pack. The headline title is Swampy’s Adventures, an overhead puzzle game vaguely similar to Sokoban or Adventures of Lolo, where Swampy must rescue his kidnapped children from Sordid. As one might expect, there’s lot of block pushing and logic puzzles to solve in order to get the keys and move on.

The rest of the features are pretty thin. There are four scrambled puzzles, two using FMV featuring Gerald and Max (presumably) and Swampy, the other two from The Feeble Files. There are also a few variations of solitaire with cards illustrated with various Simon characters. Finally, there’s DIMP, or Demon In My Pocket, a Tamagotchi-style virtual pet application where you beat and torture a demon to make it happy. None of the titles on here are really anything more than vague diversions and are mostly worthless beyond their novelty value. 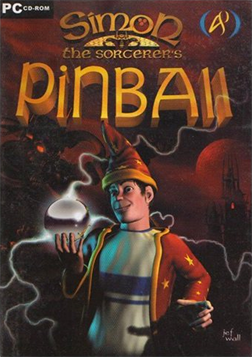 The other Simon cash-in is just a quickie pinball game. It’s set up on a single static screen with an isometric perspective, looking like a classic table with a dot matrix score display. There’s only a single board and, like most licensed pinball bits, the links to Simon are quite tenuous. (Knock down Calypso! Find the Hedgehog Boy! Hit all of the letters to spell out “SWAMPY!”) Obviously, like the Puzzle Pack, it’s not particularly worthwhile.