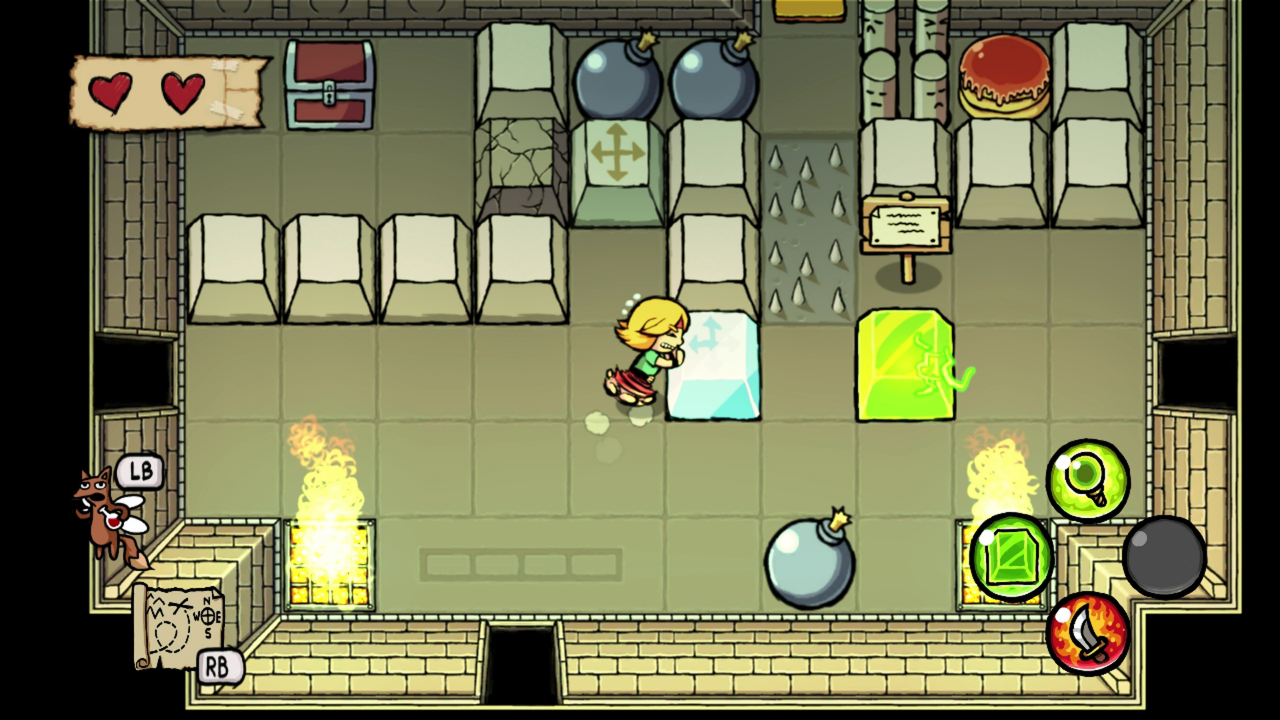 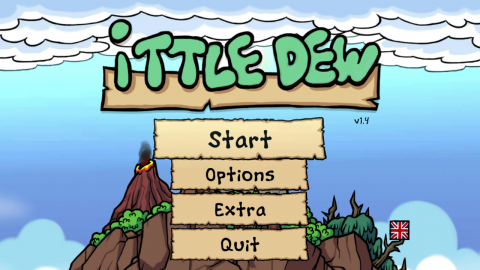 Young adventurer Dew and her somewhat faithful fox/fairy sidekick Tippsie find themselves adrift in unknown waters on an old rickety raft. Dew appears unperturbed by this, until merely tapping against a rock causes their boat to self-destruct and leave them stranded on an island with an ominous castle peaking over the horizon. They meet an old merchant called Itan Carver who offers to provide them with a replacement raft… if they can retrieve a much-coveted treasure for him from the very top of the castle first. The adventure-loving Dew is more than happy to oblige.

It’s all about the puzzles

As heavily inspired by The Legend of Zelda as Ittle Dew seems, it’s far from being a straight clone. Combat and exploration aren’t as important, the focus instead being almost entirely on the dungeon puzzles. Almost every room has one that needs to be solved to progress, mostly revolving around pushing blocks and hitting jewel-shaped switches. New complexities are regularly introduced, such as ice blocks that keep sliding in the direction they are pushed, bombs that need to be lit and moved to the right position and mirrors that reflect your magic wands’ projectiles. Certain enemies can be a help or a hindrance, requiring you to manipulate them to complete a task or kill them before they screw you over. Even the bosses are less about pummeling them to death and more about patiently figuring out how to exploit their attack patterns.

Dew’s equipment is likewise built around solving puzzles moreso than killing enemies. At first you have nothing but a stick to defend yourself with, which you can temporarily set alight so that you can ignite objects and melt ice blocks. Eventually you can replace it with the fire sword, removing the need to constantly relight the stick. The ice wand freezes enemies, extinguishes fires, turns moveable blocks into ice blocks and creates reflective patches of ice on walls. Finally, the portal wand is used to teleport blocks and other objects from one place to another, as long as you have a clear shot at them. By focusing on just these four items, you quickly get acquainted with how each one works towards solving puzzles. Plus they’re all mapped to specific buttons, so you don’t have to worry about managing an inventory. Tippsie is always on hand to advise you on where to go next if you’re not sure yourself. 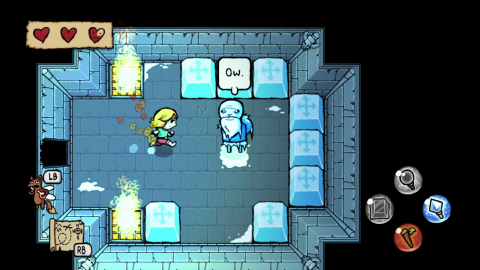 At first the game follows a simple pattern: you head into the castle and try to get as far as you can using the equipment you currently have. Eventually you’ll collect enough loot to buy a new item from the shop. But before you leave with it, you’re stripped of all other equipment and literally catapulted into a dungeon that’s designed to teach you how it works. Once you complete it and recover your stuff, you can head back to the castle and explore until you have enough money to buy all the items you need.

Ittle Dew isn’t a very long game. It’s easy to complete the first playthrough within a few hours, but there’s still plenty of replay value. You can attempt to finish the game using different combinations of items (like only using the fire sword and the ice wand) and it keeps track of how long you take to finish each playthrough. Through clever use of shortcuts, it’s eventually possible to speedrun the entire adventure in under 15 minutes. There are a number of hidden collectables to find as well, such as cards that contain humorous facts about the characters and pieces of paper that increase your maximum health after collecting four, like Zelda‘s heart pieces. There are some optional dungeons too, which house some of the most fiendish puzzles in the entire game.

Pulling the leg of Zelda

What sets Ittle Dew apart from other Zelda clones, on top of its streamlined design and puzzle focus, is its humor. As much as the creators at Ludosity clearly looked up to the Zelda series, that didn’t stop them from poking some fun at it. Dew replenishes her life with hearts like Link, except she explicitly picks them up off the floor and eats them (“Five second rule!”). One of the enemies is an animated stack of pancakes that devours bombs, clearly based on the Like Like enemies from the first Zelda, whose ambiguous sprites were often misinterpreted as such. The monstrous statues that populated that same game’s labyrinths are also present here and our heroes are quick to mock their dopey expressions. Even the cave-dwelling old men and their cryptic, awkwardly translated hints are referenced in the form of talking strawmen, who you can beat up, freeze solid or set alight at your leisure (it’s even sometimes required to solve puzzles). 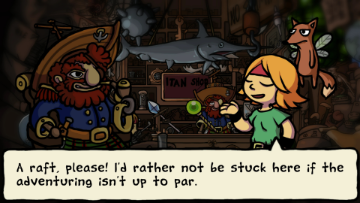 Not all of the humor is borne from Zelda mockery. The world of Ittle Dew is a surreal place with an equally surreal cast of baddies populating it, such as the “Jenny Rich Monsteurs” (a gang of purple-skinned girls dressed in silly costumes), ballet dancing turnips and flying, moai-esque heads. Dew and Tippsie play off one another like a typical double act: Dew is the upbeat fool and Tippsie is her long-suffering, apathetic assistant. Neither of them have any qualms about beating the island’s inhabitants to death and stealing their stuff as long as it benefits them.

Graphically, Ittle Dew has a very cartoony style that matches the tone of the game perfectly, although it may not be appealing to everyone. On the one hand it’s very colorful and lively, as even the outlines of stationary objects wiggle in place. On the other it can look a little too close to a high-end Flash game, but not to the same extent as a game like The Binding of Isaac. There’s something about the music that calls to mind games from the PlayStation era, with an assortment of synthesized orchestral pieces for the overworld and most of the dungeons and some more heavy electronic tracks for the boss themes.

If you go into Ittle Dew expecting a sprawling, action-packed adventure, you’ll be sorely disappointed. It isn’t trying to tell an epic story or deliver intense enemy encounters. Instead it only wants to tax your brain and, hopefully, give you a few chuckles along the way. Anyone who isn’t a fan of box-pushing puzzles need not apply.