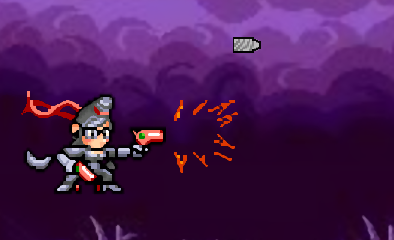 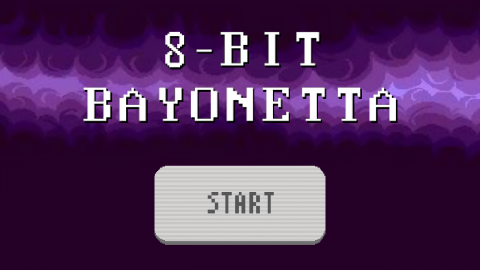 For as minor as it is, 8-bit Bayonetta has a habit of intersecting with histories that are marginally more significant than the game itself. It was first released in early 2015 as a browser game, likely as a promotional tool to attract the new talent that Platinum Games was looking for at the time. The game was forgotten and quietly removed from Platinum’s site some time after that (although it’s still accessible today), only to resurface a few years later on Steam as both an April Fool’s Day joke and a promotion for the PC release of Bayonetta. Just like its predecessor, this version was similarly delisted a few days after it had served its purpose.

In other words, the game is first and foremost a tool made to serve very specific purposes, and second a light bit of entertainment one can engage in to pass a small amount of time. Trying to interpret the game on any other terms, whether as a stand-alone game or part of some much larger context, is destined to fail. It will either refuse those terms or it won’t provide enough for them to make any real sense. As limiting as it may sound, 8-bit Bayonetta is best approached for what it is and nothing else.

The premise driving play is simple. A pixel art version of Bayonetta finds herself in a graveyard facing an endless procession of Affinities (ground-based Angels) and Decorations (air-based Angels). Her goal is clear: shoot down as many of them as she can before they reach her position and overwhelm her. An 8-bit rendition of Mysterious Destiny underscores the action.

Given how little 8-bit Bayonetta strays from its purpose, it’s difficult if not impossible to read anything into the game beyond what’s there at the surface. Both the enemies’ movement patterns and the small number of actions at Bayonetta’s disposal (jump and shoot) severely limit how complex play styles can be, and the art style goes out of its way to admit that the game works best as a brief distraction. No ornate environmental design, no elaborate animations or camera tricks; just humorous exaggerations of Bayonetta characters set against a dull purple graveyard. Any resemblances the game has to its source material, whether in the aesthetic or in play, are coincidental at best. 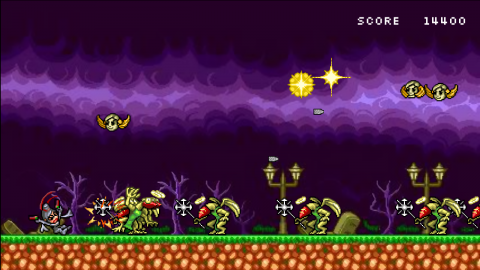 Accepted for what it is, the game’s hectic and carefree play style makes a certain degree of sense. True, there is a technical side to play that you can pay attention to, like jumping at precisely the correct height to hit a Decoration or shooting Angels in a certain order to manage their distance from Bayonetta, but it’s all secondary to what you immediately experience. Recklessly spraying bullets across the screen remains not only an acceptable option, but the option that’s the most in line with 8-bit Bayonneta’s straightforward nature.

Also worth noting are the changes the Steam release made to the game, minor as they are. The fundamental gameplay structure hasn’t been touched, but achievements were added, ranging from the expected (get a high enough score) to the arbitrarily specific (getting a very specific score). As much as the achievements add to the game, they don’t turn 8-bit Bayonetta into a Don’t Shit Your Pants style experience where the meta-game takes precedence and the core game loop becomes a tool for realizing it. Your focus never wanders that far from the events depicted on the screen.

Overall, 8-bit Bayonetta is a stark contrast to the games that it references. Where their elaborate visual spectacles are dense with meaning and attract attention, this game holds no deeper meaning and serves only to hold one’s attention for small chunks of time. Where the two other Bayonetta games are mechanically complex and demand a lot of their players, 8-bit Bayonetta provides too little for either statement to hold true. Given the game’s circumstances, it’s hard to imagine it would have turned out any other way than what it already is. Yet given those same circumstances, it’s obvious that 8-bit Bayonetta never needed to be anything else.