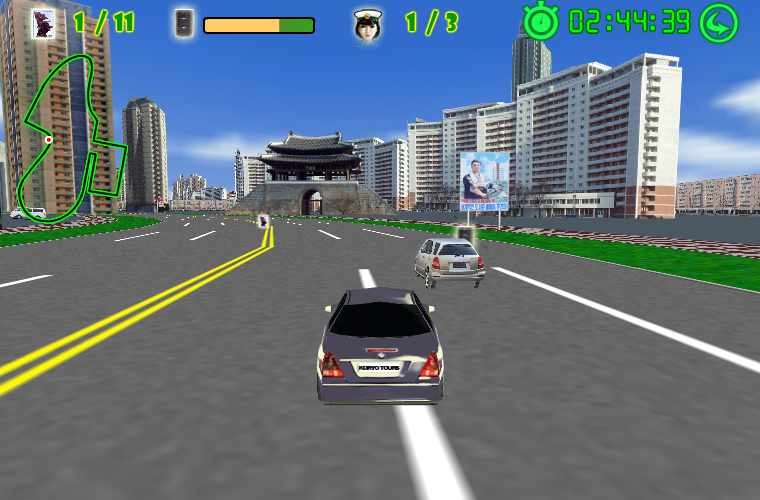 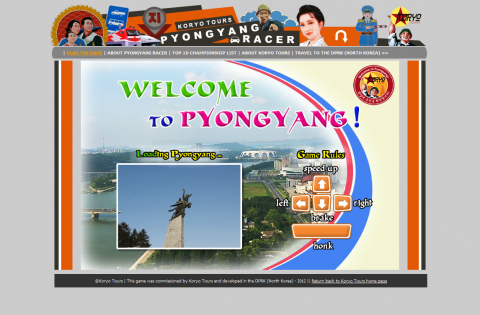 There is nothing that decaying communist dictatorships love like tourism. The Republic of Cuba is a striking example of this behavior. They went as far as to create “enclave resorts” that separated the ostentatious hotel facilities from the civil society, the whole thing ending up looking like a Caribbean Midgar whose slums were inhabited by the Cuban proletarians. That’s kind of ironic – albeit not that surprising – coming from a state that supposedly espoused the legacy of an egalitarian popular uprising.

So, when Marxist-leninist memorabilia doesn’t get in the way anymore, the higher-ups just go all-out. That’s what happened in North Korea. While this state is often labeled as “Stalinist”, it’s actually been quite a few years since the last remnants of communist terminology were entirely removed from their constitution. Heck, they even opened a “Research Center for the Study of Capitalism System”, so their anti-American ramblings only come out as even more hypocritical than they are paranoid. Of course, it wasn’t long before tourism started to gain the attention of Workers’ Party of Korea’s high-ranking executives. In a situation similar to that of Cuba, they even plan to attract investments in the hope of installing a 3G network, available to tourists only, while North Korean will still have to be content with the Kwangmyong, the infamous nation-wide and “imperialism-free” intranet network. 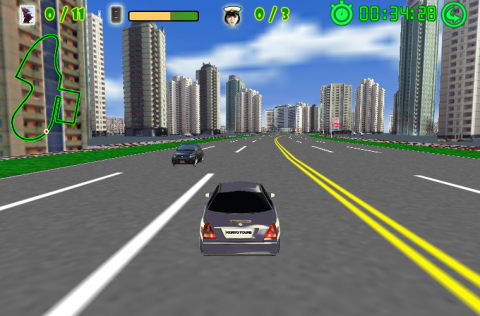 The North Korean nomenclature was dead set: they needed hard currency, especially to feed their people and build more statues. And for this, they could rely on Koryo Tours, a very complacent Beijing-based British company specializing exclusively in North Korean tourism and culture. They needed to advertise the regime’s willingness to welcome foreigners (especially of the wealthy variety) for a tour of the glorious motherland. And they decided to command the production of a video game, of all things. Developed during the year of 2012 by a North Korean joint-venture called NOSOTEK, Pyongyang Racer is the result of this commission. It’s a Flash-based browser game, available freely and internationally at this address.

So, Pyongyang Racer is a 3D time-trial racing game taking place in the North Korean capital’s landscape. The controls are explained during the abnormally long loading screen, and they’re pretty simple as they rely exclusively on the D-pad: Up to speed up, Left and Right to turn, and Down to “brake” (actually, to back up). Oh, and you can honk your horn with Space. So, the goal’s pretty straightforward and obvious. You’ve got a rather long circuit to complete – around eight minutes – but you only have to do it once. 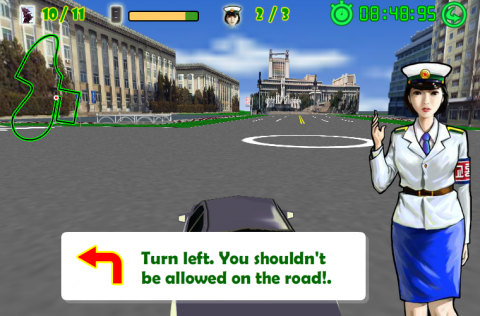 There is a fuel gauge though, so you’ll have to pick up barrels that are scattered along the road to avoid running out of gas, which causes a game over. Of course, we’re talking about North Korea here, so your route has already been meticulously decided in advance. You don’t even get to collide with the guardrail – if you ever leave the road, the screen just fades to black and you’re set back on track. Actually, the only thing you can bump into are other cars that are found along the road, and if you end up ramming into three of those, you’ll get a game over as well.

Well, unsurprisingly, that’s about all there is to say about Pyongyang Racer‘s gameplay. It indeed is a “serious game”, as it’s called – it’s designed to attract tourists to the DPRK before anything else. That’s why scattered along the oil barrels are postcards featuring trivia about nearby landmarks, and a clickable hyperlink to Koryo Tours’s website (which is among the worse designed choices you could ever make, by the way). However, it has to be admitted – there is something truly remarkable in this unlikely tourist trap. 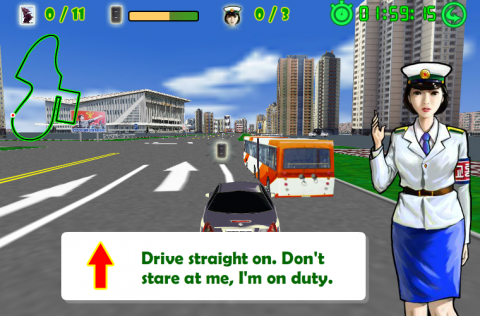 Pyongyang is desperately empty. You’re the only car to actually ride these incredibly large greyish roads. You could be deceived by the few vehicles you encounter on your tour of the city, but after closer inspection, they reveal themselves to be not only stationary but empty as well. These ghostly automobiles are as abandoned as the streets are devoid of pedestrians, and the only human presence around is one of those infamous traffic ladies who inflexibly guide you through traffic that doesn’t exist, and coldly prohibit you from even thinking about looking at her. The soundtrack, which consists of a cheesy pop rendition of a patriotic chant and somewhat exotic-sounding elevator music, does nothing to temper this totalitarian nightmare. Actually, the whole tour feels fake and even phantasmagoric, like a political stunt come to life, not an actual town. The only honesty you’ll ever witness among the oppressive architecture is the Juche idea’s arrogance distilled through Pyongyang’s propaganda posters and monolithic scenery.

Truly, a remarkable commitment to authenticity. The game has the merit to be true to the real deal. The capital’s rendition is incredibly faithful to the original, a few textures aside. If the game convinces you of your next vacation’s destination, you can’t say you weren’t warned. So, do try Pyongyang Racer, for the sake of playing North Korea’s first original game, and to experience the surprisingly crushing feeling felt by those who decided to go in the town for a virtual ride. Or worse, those who actually live in it for real.

Oh, and it has a leaderboard, believe it or not. So, you know what’s left for you to do.