The early Japanese RPG Hydlide is a huge victim of circumstance. Developed by T&E Soft and initially released in 1984, Hydlide was one of the first Japanese developed action RPGs, along with Falcom’s Dragon Slayer and Xanadu. Loosely inspired by the original Ultima games, it’s a simple action RPG where a lone player character runs around a game world, ramming into enemies to attack, finding items, and gaining levels. While it’s well regarded in Japanese circles as a true classic, it’s largely been deemed a joke by the English speaking audience. 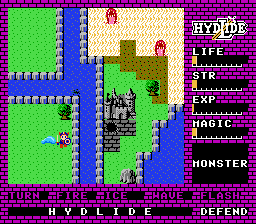 While Hydlide was a great innovator in 1984, it didn’t reach American audiences until 1987, when the NES port was published by FCI. This was several months after Nintendo released The Legend of Zelda, a much more refined, far more advanced take on the action RPG formula. In comparison, Hydlide was irritating difficult and frustratingly vague, with terrible graphics, repetitive music, and an awkward combat system. Two other Hydlide games released later also faced ridicule – Super Hydlide (a port of Hydlide 3) for the Genesis for featuring similarly substandard graphics and wonky action, and Virtual Hydlide for the Saturn, with silly looking digitized graphics and an abysmal frame rate. 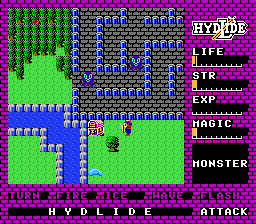 So yes, the Hydlide games are definitely a victim of their age. Taken in context, though, they’re actually rather fun little games, providing you have the patience to stick with the simplistic gameplay. If nothing else, they can at least be admired for inspiring Falcom’s far superior Ys series.

The original Hydlide features a hero named Jim, who inhabits the magical world of Fairyland, the setting of all future Hydlide games. It’s his job to rescue the fair princess Anne, who was split into three fairies by the demon Varalys/Boralis, who shows as a major villain in all of the other games. You must rescue the fairies, then defeat the evil demon. There’s not much text or story, other than what’s listed in the manual. 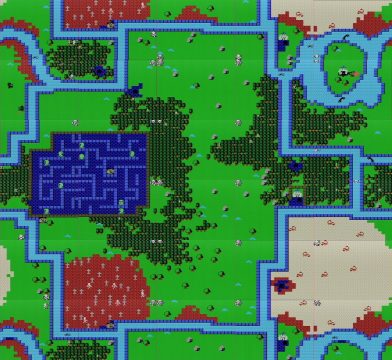 The gameplay is just like the first Ys or Legend of Zelda, except without any of the depth, music, or story. You run around, basically bumping into enemies to damage them, much akin to Ys. You switch between Attack mode and Defend mode with the press of a button, trying to inflict damage and stay alive yourself. Being in attack mode raises your attack, but drops your defense, leading to swift death if you’re not careful. In fact, you’ll be faced with your character’s death pretty often, although thankfully there is a soft continue. 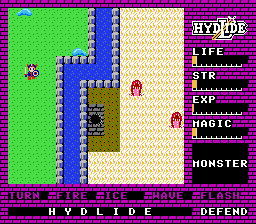 Unlike Ys, which required you to hit enemies in a certain manner, there are no tactics to this system, and it’s all dependent on your statistics. You level up, gain magic spells, and try to assemble various items scattered about the realm. There are no inns or characters you can interact with on a friendly basis, so your health and magic basically regenerate as you stand still, also akin to Ys.

The land has marked areas and wraps around all sides. The world is only five times five screens small, but you have to do a bit of (loose) puzzle solving and a lot of trial and error exploration to find the items and fairies needed to win. In the NES version, magic does play a vital role – enabling you to attack certain enemies that can only be beaten with magic, or burning down certain bits of the landscape.

Hydlide is quite difficult, though technically not too much harder than The Legend of Zelda for the NES without clues. Some of the quests are simple – in order to get the lamp to see underground, you need to defeat the vampire, but before you can even touch him, you need to find the cross. Other puzzles are much more obscure – you need to burn a tree to get into Varalys Castle, for instance, or destroy a stone to drain a lake and kill a dragon. Since Fairyland is a pretty small world, if you take your time and try poking into every nook and cranny, it’s not too hard to figure some of the puzzles out. Some enemies like the twin wizards and the aforementioned water dragon require a bit more thought and effort to defeat. The translation work is confusing on one item in particular – the “Fake Medicine” which acts as a one-shot auto revive, and is needed to beat the last boss.

Hydlide was first released for the PC-88 computer in December 1984, with terrible, ear piercing sound and the screen just flipping over to the next area as you reach the border. The X-1 version adds scrolling, and the PC-66 version, while having lower resolution graphics, has joystick control and an actual soundtrack, however primitive. The FM-7 version is much simpler due to the crappy controls, but it adds a few extra enemies. The MSX port adds slightly better sound and uses a password system to restore progress. There was yet another release for the MSX2 standard, which is much the same but with improved colors. The PC-98 version is the same as the PC-88 but with various speed settings. In 1999, T&E Soft put out a remake for Windows. It essentially just puts a high res graphics layer over the PC-88 version – you can switch between the new graphics and the original on the fly – but includes an actual soundtrack. 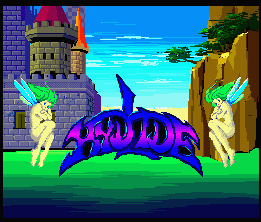 The only version that used to be familiar to non-Japanese gamers is the NES version, known as Hydlide Special in Japan and simply Hydlide everywhere else. It’s very similar to the PC versions, but it’s upgraded to include magic spells, and uses the theme music from Hydlide 2 – the one more widely known as the Indiana Jones theme rip-off. The game has about four total tracks – the main theme which comprises about 99% of the music you hear, the password entry theme, the final showdown music which appears on the screen where you fight the final boss, and finally a shorter version of the main theme to celebrate your victory.

Hydlide also appeared on Japanese cell phones, twice: Bothtec first released a rather downsized version of just the first game in 2001, followed by retouched versions of the whole 8-bit trilogy a few years later. Like the Windows version, this one allowed to switch between an “Arrange” mode with new graphics and “Original,” which looks just like the cropped PC-88 game. 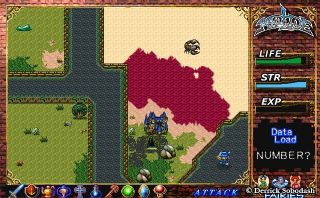 A PC compilation disc called Hydlide 1-2-3, released in 2001, includes the PC-88 versions of all three Hydlide games, as well as the remakes of the first and third game. It also includes a museum with various data and interviews. Incidentally, this version uses the cover art from the third game rather than the first game. It seems like the package for the first game beared too much resemblance to a scene from the movie The Neverending Story (minus the gigantic tower). 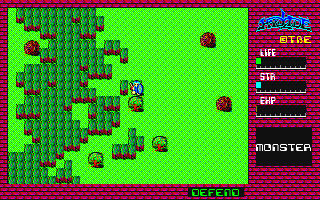 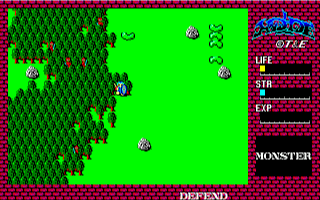 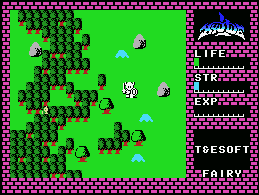 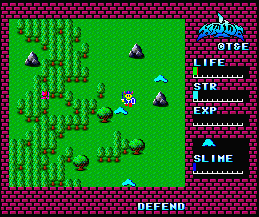 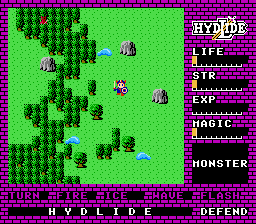 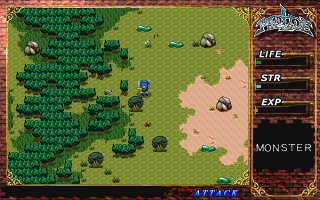