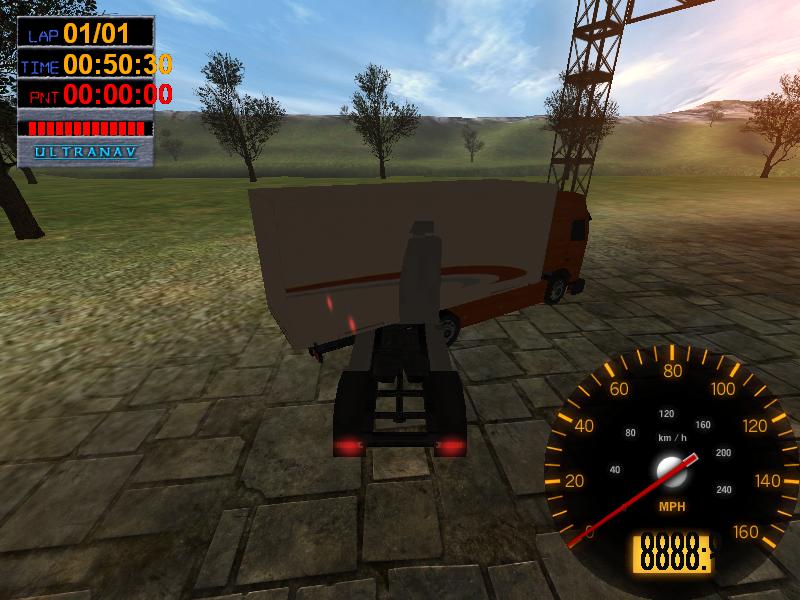 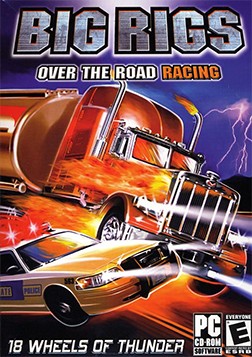 The horror, the horror…

Then again, some games are just shit. Pure, hilarious shit. 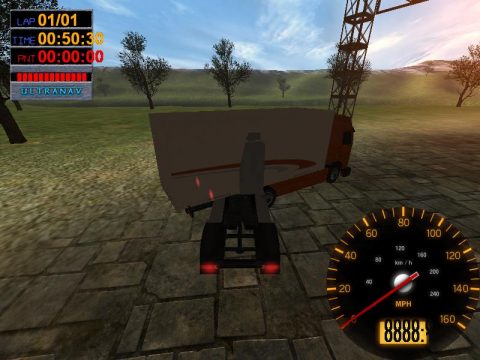 Seriously it’s hard not to see bad faith behind this game. It barely looks ten percent complete: it’s buggy as hell and it fails to deliver absolutely anything it promises on the box. Hauling loads? You never even get to touch anything. One step ahead of the law? There is no police in this game. Race? Hmm, not really. There are few, if any, companies that ever had the gall to sell something this obviously unfinished. Apparently, Stellar Stone LLC just didn’t give a damn.

According to Metacritic, it’s the lowest scoring video game of all time (8/100). So forget about E.T., Superman 64 and Shaq Fu; Big Rigs is much, much better… at being worse.

All right, let’s start from the beginning. Your opponent next to you never, ever moves. He won’t budge a single feet while you go on driving. So technically speaking, Big Rigs is not even really a racing game. Even worse, a bug in the game sometimes lets you win instantly, before you even get to move beyond the starting line. By the way, the victory screen shows an obscenely ugly three-handled trophy with this sadly notorious statement: “You’re Winner!” If you want to bring out the winner inside you, this is the game you’ve been desperately looking for. 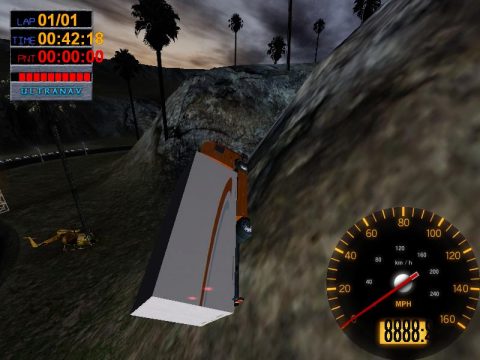 The graphics are pretty terrible: you get to choose between a “low” setting and a “normal” setting. This game doesn’t deserve a “high” anything. You get to choose from 4 trucks and five tracks, except that two of those tracks look really similar and the fourth one will always crash the game back to desktop. The game’s environments look really bland. So bland, in fact, that you might want to commit suicide by crashing in the nearest building. Except you can’t, since your truck will go right through any object in the game. That’s right no clipping, and you don’t even have to enter a cheat code! You will even fall right through the big bridge at the start of the third race. Despite this inability to make contact with anything in the physical world, your vehicle of choice can still go right up or down any terrain at a 90º angle without losing any speed.

Big Rigs: Over the Road Racing does, however, educate the player about physics. You see, trucks can drive very fast, especially on reverse. In fact, you can accelerate indefinitely and even the rate of your acceleration increases indefinitely. The fact that you can exceed the speed of light with a semi going on reverse is finally proof that Einstein was just a quack who didn’t know what the hell he was talking about. The concepts of inertia and friction are also complete bollocks, since nothing will ever slow you down and the very second you let go of the reverse button, you’ll go from whatever number of millions of miles you were patient enough to reach, back to zero… instantly. 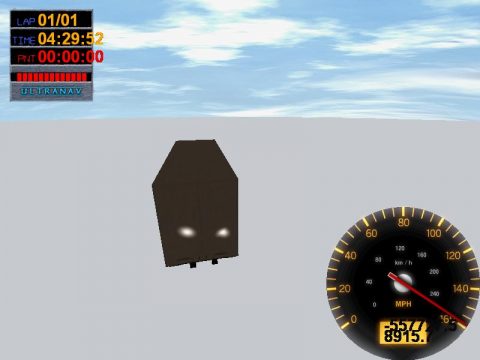 When you reach 200 000 mph, the dial really starts flipping out trying to keep up with the rhythm. It almost becomes psychedelic art. Plus, your taillights are just floating in midair behind your truck.

It’s interesting to note that Sergey Titov, the alleged lead programmer for Big Rigs, had offered to anyone to send them a game from the Activition Value Catalog if they sent him their copy of Big Rigs with sales receipt and registration card. Apparently, only twenty people took him up on his offer. Perhaps a lot more people enjoyed the game than it seems.

You can actually find a patch on the Internet that will “fix” some parts of this game. The patch is usually labeled v1.0, and it says a lot about the game that a file patches it up to version 1.0. The other truck will actually participate now… but he’ll stop just before completing the race and will never be able reach the finish line, so don’t worry, you’re still winner! Anyway, it’s probably not worth looking too hard for this patch. 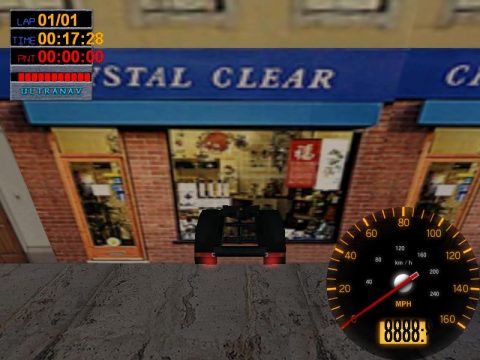 It’s hard to figure out if this game is in the “so bad it’s good” category or the “so bad it’s terrible” one. You know, it’s hard to tell whether Big Rigs is hilariously campy or just shamefully terrible. You can laugh, you can cry, you can dwell on Big Rigs’ glorious mediocrity with post-modern cynicism… so this game can be side-splitting or soul-crushing, depending on your attitude. Still, there’s not much of a “game” here. There are a lot of choices if you’re looking for your dose of kitsch. Might we suggest a tractor simulator?

Links:
Yourewinner.com Apparently this game is its own Internet fad, with poems and fanart about semis and everything else you might expect from the Internet.
Gamespot video review from Alex Navarro Watch this if you want to see what the game is like. Mere words can’t do this baby justice. It’s something you have to feel.
Over two million miles on reverse The name says it all.
Stellar Stone LLC The website for the now-defunct company that created this pinnacle of awfulness, lovingly preserved by the kooks from the previous website. (web archived)