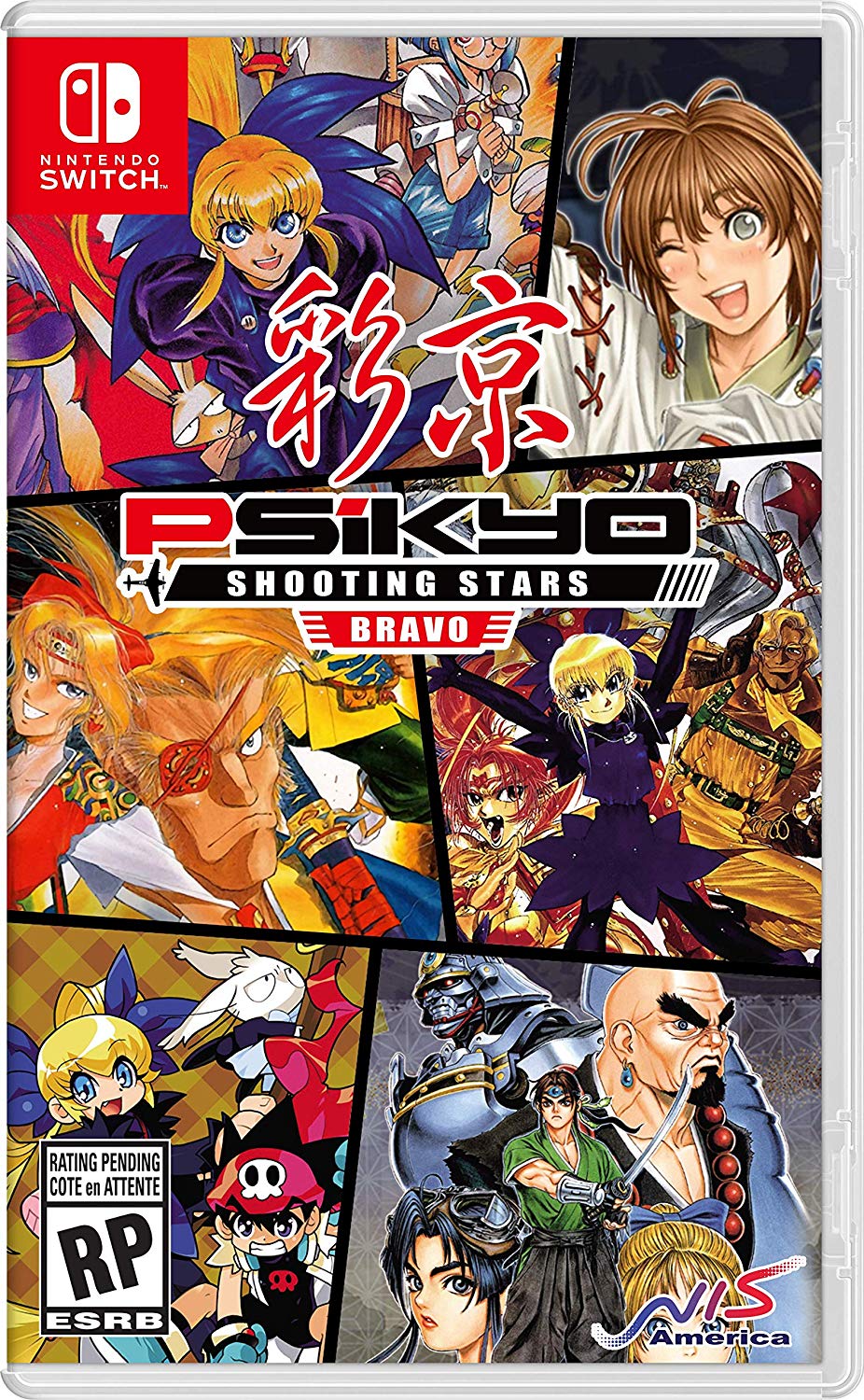 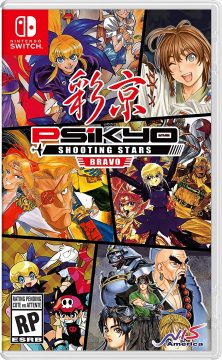 Japanese publisher Zerodiv has been keeping Psikyo’s shoot-em-ups alive in the modern era, thanks to ports to smartphones as well as the Nintendo Switch. Originally released as downloads on the eShop, Korean publisher H2 Interactive bundled these up – four games on three packages – and released them in Asia. These were later released in Japan in 2019 in different configurations, bundling more games together (six games per release, two releases total) under the name Psikyo Shooting Library. Nippon Ichi then released both these in North America in 2020, retitling them Psikyo Shooting Stars Alpha and Bravo. The second release, Bravo, contains all three Sengoku/Samurai Ace games, both Gunbird titles, and Gunbarich. (Links to full reviews where available below.) 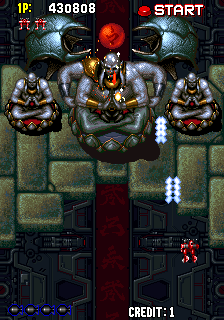 Also known as Sengoku Ace, this is very much a typical Psikyo title, taking place in a fantasy version of Sengoku-era Japan. 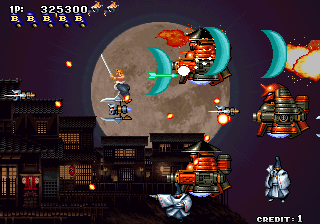 Also known as Sengoku Blade, this sequel is substantially different, as it moves to a side-scrolling perspective, and includes art by Tsukasa Jun. It’s one of the company’s better titles.

Also known as Sengoku Cannon, this title was originally developed for the PSP, and was published by X-Nauts, a company that put out Psikyo’s titles in the wake of their closure in 2005. It’s an ugly, ugly game though, ditching the quality 2D backgrounds of its predecessor for cruddy, choppy 3D. The Zerodiv release is the first time it’s been put out in English, though. 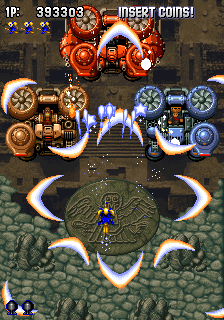 Another typical Psikyo game, taking place in a sort of medieval fantasy world. This game was previously released in North America in rather bastardized form as Mobile Light Force for the PlayStation. 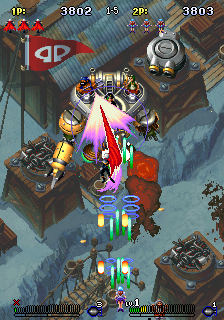 This sequel runs on stronger hardware and so is visually an improvement of most of the other games on this collection, though the core game is pretty similar. 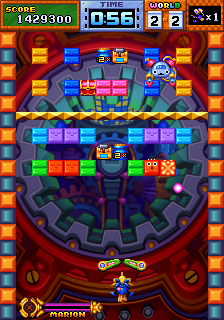 The oddball on this release, this is actually an Arkanoid-style brickbreaker featuring Marion the witch from Gunbird. Rather than just bouncing balls off your paddle, it’s also equipped with pinball flippers, giving you a little more control over how the balls bounce.

As far as the Bravo release, the games themselves are identical to their Switch eShop versions. Previous console ports included some bonuses (the Saturn ports of Gunbird had some FMV and extra artwork and Sengoku Blade had a whole second disc of art, while the Dreamcast version of Gunbird 2 featured Morrigan as a playable character since it was published by Capcom). However, since these are straight arcade ports, none of these additions are included. They are far better than the re-releases on the PlayStation 2, though, which were plagued by shaky video output and are also rather difficult to obtain nowadays.

Regional variations are available here and there are variety of difficulty tweaks, though you’re given limited credits to beat the games. They also support the Flip Grip to put them in vertical mode, which despite the cruddy Joycon D-pad, is one of the best ways to play these games (the vertically oriented ones anyway) short of rotating your whole monitor or TV screen. The physical special edition release includes an artbook and soundtrack CDs. The music is Psikyo games were never their highlights, but they always hired quality artists for their illustrations – one of their main draws was giving personalities to their characters – so fans may find it worth it for that alone.

Since these games are mostly just compilations of stuff that’s already available digitally, these are more a matter of utility. The digital price is $40 USD, whereas buying all six games separately at $8 USD each would put it at $48, so you’re basically getting one free. And the physical version ($60 USD) of course adds the collectible goods as well as the fact that you’re getting the games on a card. The collection of games here is much stronger than the first release, Psikyo Shooting Stars Alpha, which included Strikers 1945 I – III (okay games but kinda dull compared to the titles on this collection), Sol Divide (a unique but rather crappy fantasy-themed horizontal shooter), Zero Gunner 2- (an iffy port of an alright game) and Dragon Blaze (the major standout on the release and one of Psikyo’s best). Here on Bravo, the only outright stinker is Sengoku Cannon, and while Gunbarich might not get much play from shooter fans, at least it’s interesting for being a brick-breaker. Overall, while even the better Psikyo games never set the shoot-em-up world on fire, they’re mostly decent fun, and it’s a quality package.