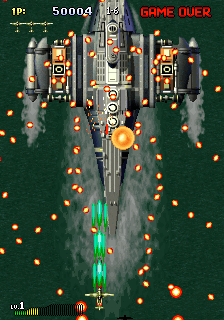 As the second game in Psikyo’s series, Strikers 1945 II refines the formula set up by the first game and streamlines the general experience. Planes are much more powerful, bosses are bigger, gameplay is faster than ever, and the overall challenge is cranked up a few notches. The biggest new addition is a charged attack bar. Before, how powerful your charged attack was depended on how many options you had. It now has its own separate bar, which is filled by hitting enemies. Options are almost dropped completely, with most ships gaining a sub shot that functions the same. With options out of the picture, the Strikers series gains more of its own identity and feels less like a faster 19XX rip off.

Strikers 1945 II‘s story picks up right where the first game left off (it is in the same year, after all), having mostly to do with an evil organization, FGR, stealing CANY’s giant robot designs and using them again. Naturally, the Strikers are called in to stop FGR. The Strikers have changed a lot in less than a year, retaining only two of the original planes and having one more than before.

Almost all of the planes are new, as only two, Lightning and Shinden, were brought over from the previous installment. Even then, none of the planes quite feel like anything from the first game, making the game feel fresh. 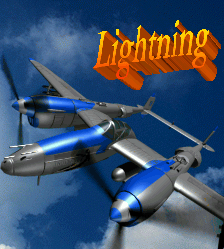 Lightning is different in this game, shooting homing rockets as its sub shot instead of options that stay to the side. Its charge shot is completely new, shooting two very powerful missiles from a secret compartment in its wings. Its bomb still does a loop, but instead of a traditional explosion, its sends in a bunch of smaller planes to harass enemies until they are destroyed or disappear. While Lightning still looks like Super Ace, it now plays nothing like the plane from Capcom’s series. 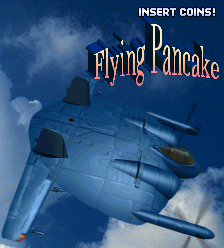 Easily the most powerful of the new planes. The Flying Pancake may have an amusing name, but its sub shot is a devastating homing laser. It charge shot is even more powerful, firing laser cannons close to its propellers, and unlike many of the other charge shots, use does not slow it down. Its bomber calls in two huge flying wings to ram any enemies on screen and blast anything else that survived to bits with their aimed turrets. This attack lasts a very long time and even blocks enemy fire. 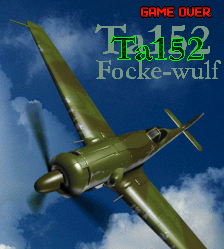 The Focke-Wulf is somewhat slow, put puts emphasis on power. Its sub shot fires rockets that travel in a straight line. Its charge shot shoots a slow, but destructive ball of electricity that varies in size. Lastly, its bomb may be the most over the top attack in the series, firing one huge missile that never detonates, but destroys everything in its path. 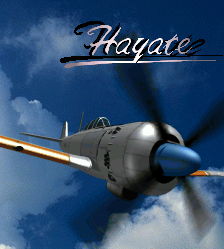 The Hayate shows that options are not completely gone from the series, as its sub shot fires options that home in and suicide strike enemies. The charge shot summons more options to fire in a drill formation, similar to The Messerschmidt from the first game. Lastly, its bomb calls in a much larger plane to wreck anything onscreen and fly away. 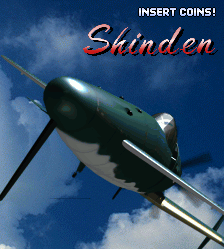 Returning from the first game, the Shinden plays a lot like it used to. It shoots light spears as a sub shot, and a white shadow image of it is fired as its charge shot, much like its bomb from the first game. The new bomb calls in many more planes to come in and gun down any enemies in the way before dispersing. 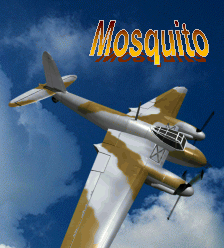 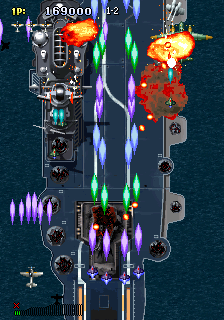 There are still eight levels, the first five being in a random order. Afterwards, you go attack a dam, a pit level simply called “blockade”, and finally the secret base. The pit level deserves special mention, as it is one of the coolest levels in the series. After fighting through two challenging mini bosses, the level looks like it’s over, until the real boss is assembled right in front of you.

The last level still involves aliens, but it is nowhere near as ludicrous as fighter pilots blasting off into space and flying to the moon. Instead, the Strikers dive down a hole to the center of the world, and fight the final boss, an alien cleverly disguised as the secret base’s core. It’s not nearly as hard as the blockade’s boss, but still a challenge.

Like the first game, Strikers 1945 II was ported to the PlayStation, Saturn and PlayStation 2. Strangely, the PlayStation version of this game was released in North America by Agetec, but since the port of the first game had not been released in the territory, it was renamed Strikers 1945. The European version was released by Midas Interactive under the proper name. Unfortunately the North American version is missing a tate mode, but it is present in the European release. The Japanese version also has FMV clips showing off the craft, but these were oddly removed from the North American release as well. 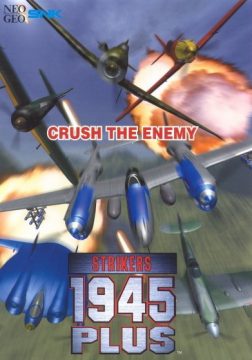 Strikers 1945 Plus is a vastly improved remake of Strikers 1945 II. It includes the same levels and bosses, but with some alterations. The bullet speed is slower, and the bullets themselves have been replace with bright pink and blue glowing orbs, similar to the types of attacks found in other modern style shoot-em-ups. Bullet patterns have been changed as well, mostly to accommodate for the new bullet types. The random level order for the first few stages has returned as well. 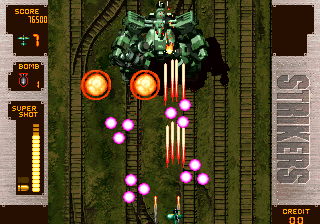 Unlike the other titles, Strikers 1945 Plus is designed to be played on a horizontally oriented monitor rather than a vertical one. This was because it was developed for the Neo Geo hardware, and all cabinets had to be uniform to accommodate the multiple games in each system. In order to maintain a similar aspect ratio, the screen is pillarboxed, making for a smaller area of view. Two huge side bars have been added in this space, one showing your status, such as how many bombs are left, how many lives, and a bar showing how close you are to getting a charged attack. The other side of the screen is completely useless in single player mode, simply showing the word “Strikers” in huge letters, but it displays the second player stats in two player mode.

The planes available are a mix of the ones in the first two games – the Lightning, Flying Pancake, Spitfire, Focke Wulf, Zero, and Fiat G-56. Most of the planes play like they did in the earlier installments, save for Spitfire and Zero. Spitfire plays more like Mosquito, but with a different sprite. Zero is completely new, as it only resembles the first game’s Zero in appearance. It shoots rockets from its wings and has lost its ability to call storms, which is part of what made it cool in the first game.

Although Strikers 1945 Plus was not ported at the time of its release, it eventually made it on to the PSP and iOS, in 2009 and 2010 respectively. The PSP version was released as a retail UMD in Japan but is only available via the PSN in North America. The iOS version is the only version that includes a proper vertical display to suit the screen, but the poor touch screen controls make it nearly unplayable, and a poor alternative to Cave’s titles on the platform. The PSP version is a no frills port, and offers a handful of screen displays to play in the original resolution or zoomed in to fill the screen. No matter which display you choose, though, it will still be pillarboxed, and there is no support for vertical orientation.