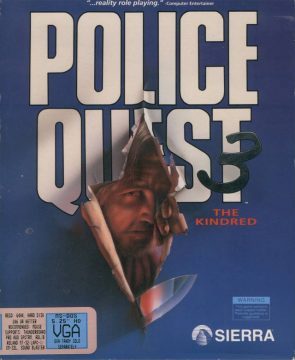 Police Quest 3, which uses the same SCI interpreter as the Police Quest I remake, is a return to form, reintegrating some of the elements from the first game that were ditched for the second. You begin the game as a Sergeant and need to spend some time patrolling the streets, and the driving segments are back. But at least they’ve improved them this time, as well as integrating a stronger overall plot. 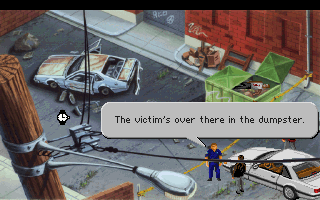 Bains is off the street, but that doesn’t meant the city of Lytton is safe. A recent string of serial murders suggests the involvement of a cult known as “The Kindred”, who leave their victims with a pentagram carved into their chest. Marie, now Sonny’s wife, falls victim to one of their attacks, and lies in a coma while he tries to track them down. There’s also a subplot involving Sonny’s partner, who not only acts suspiciously, but consistently acts in a manner unbecoming of a police officer. (It should be no secret that drugs are involved – it’s a variation of an optional event from Police Quest 2.)

The driving segments are still a pain. Instead of a bird’s eye view of the city, you only get a small window showing your immediate surroundings, as well as the name of the street you’re on and the direction you’re heading. Using the map included in the packaging is once again completely mandatory to figure out where you’re going. While it’s not as slow as the Police Quest I remake, it’s still way too easy to miss turns unless you reduce your speed to a snail’s crawl. You’re also reprimanded for not fully stopping at stop signs – even if you crawl over the line at 5 MPH – and running over too many will deduct points from your score. You can also drive off the map totally and get yourself killed, although at least there aren’t any other cars on the road to crash into. 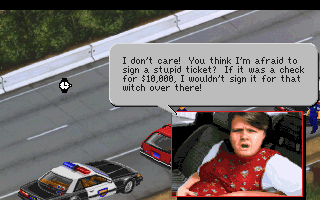 While on the trail of the Kindred, you also spend some time picking up unrelated felons, some of which are a bit silly, like the half-naked conspiracy nut in the park. While separate from the main plot, they’re not quite as prevalent as in the first game, and thus feel less pointless. Sometimes their appearance also happens in different orders, with different events occurring later on depending on who you’ve caught, which makes them feel more dynamic.

You still use the detective kit to take evidence at crime scenes, though not as often as Police Quest 2. However, while previous games have allowed you to use a computer to look up case files, here you use it much more often. At one point you use facial composite software based off a witness description. In another, you mark the locations of the various murders to predict the next attack. (Surprise: They’re patterned in a pentagram.) 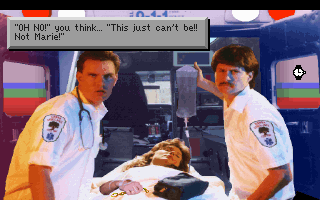 The story takes place over the course of six in-game days, with a clock that counts forward when certain events are triggered. At the end of each day, Sonny visits Marie in the hospital. One of the “puzzles” is to read her chart, take note that her IV dosage is wrong, and tell the doctors of their mistake. After all of the crime and violence that goes on these games, it’s pretty sweet to see something like this, and really gives some depth to their relationship, considering we never actually see her otherwise.

Although Police Quest 3 runs on the same SCI engine as the PQ1 remake, it makes more judicious use of digitized footage for close-ups, although the rest of the game looks more or less the same. Sierra got Jan Hammer, composer of Miami Vice, to do the music, which feels appropriate. 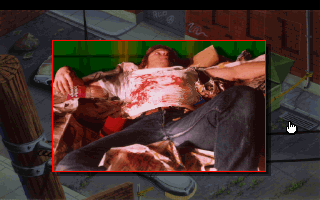 While the greater variety of detective work makes Police Quest 3 feel fresher than the others, it also lacks immediacy. In the previous game, you were always heavily focused on Bains’ tracks, cursing as he outwits you at every time. Here, the goals are vaguer, as you simply go from murder to murder, picking up more clues. There are still some memorable bits though, and even though it’s not quite up to the standards of its predecessor, it’s a reasonable entry in the series.