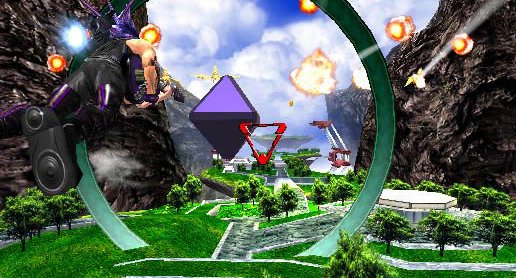 In 2000 Sega resurrected Space Harrier with a completely new arcade game, Planet Harriers. This update plays much more similarly to Panzer Dragoon than any of the old Space Harrier titles. 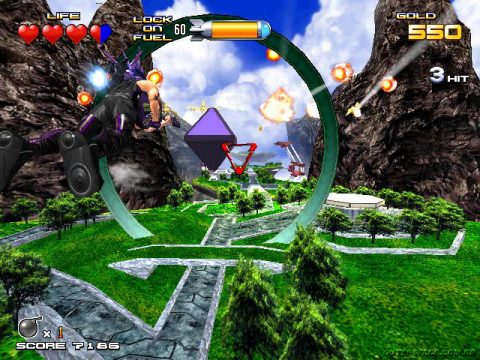 The stages are fully defined, rather than blank landscapes, through the scrolling is rather slow. The jet-equipped main character can dash and spin around the screen, all while aiming a targeting reticule. Weapons include both a regular shot and a lock-on laser. You can earn gold to buy life replenishments, lock-on fuel (to increase the number of enemies you can target at once), barriers, and additional power bombs. Opa-Opa from Fantasy Zone pops up as the shopkeeper’s assistant, and you can even play as him with a code. The game was also distributed in two-player sit-down cabinets. If playing with another person the two players can share energy and increase each other’s life meter. 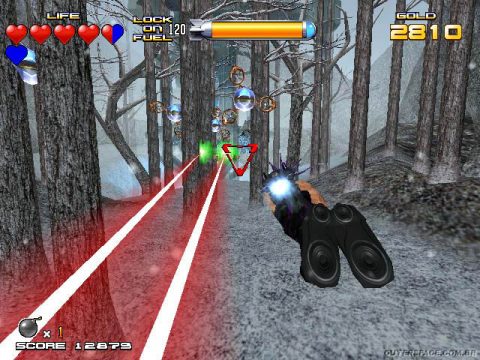 Due to technical restraints the original Space Harrier was reduced to checkerboard patterns. Now with more powerful hardware, Planet Harriers expands extensively on the universe. The graphic designs mix futuristic sci-fi landscapes with gorgeous and luscious environments, including forested canyons and ice caverns. The final stage takes place in hyperspace, against the backdrop of several colorful galaxies. It’s never quite as trippy as the old games, but it’s still classy. Unfortunately, there are only five stages in total. 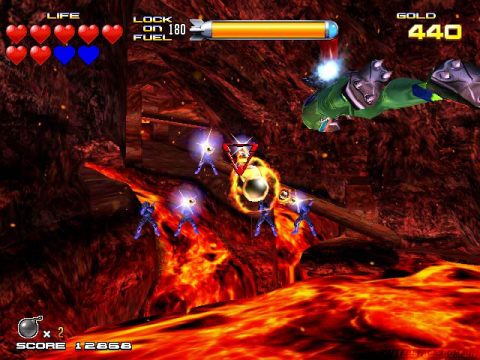 It also has a rather strange sense of humor, which manifests in the playable characters. The new Harriers include Cory, a nurse with a gigantic syringe; Nick, a baseball player; X, a rock star with a guitar; and Glenn, the “normal” guy. Opa-Opa from Fantasy Zone is available as a hidden character, and he also shows up during gameplay to resurrect players when continuing. The exaggerated running animations while on the ground are also quite comical. 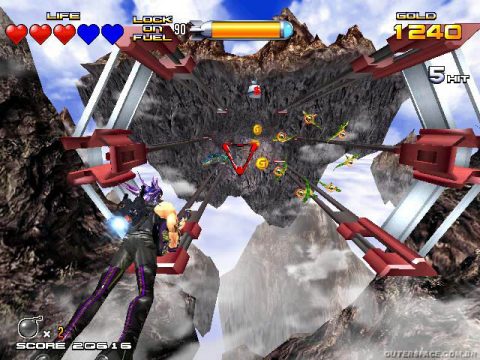 It’s all rather weird, but it keeps some elements from the older games, seeing as the first-level boss is a multi-headed dragon. The final boss is also incredibly cool, as it’s composed from a series of cubes that take on different forms, similar to Seven Force in Gunstar Heroes. In addition to shapes like guns and grenades, it’ll occasionally turn into the Dreamcast logo. 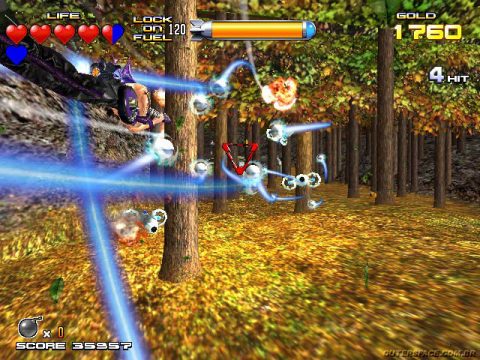 Planet Harriers runs on Sega’s Hikaru board, which also ran Cyber Troopers Virtual On 4 and Star Wars Racer Arcade. Most of the music is, unfortunately, largely forgettable electronica. It’s a pretty cool game which, alas, never saw a home release. There were rumors of Dreamcast and GameCube ports, but unfortunately nothing ever came to fruition.Thankfully, the emulator DEMUL supports the Hikaru board, making this the only way to play the game anymore. 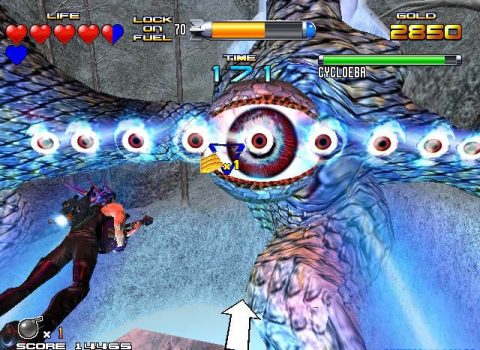