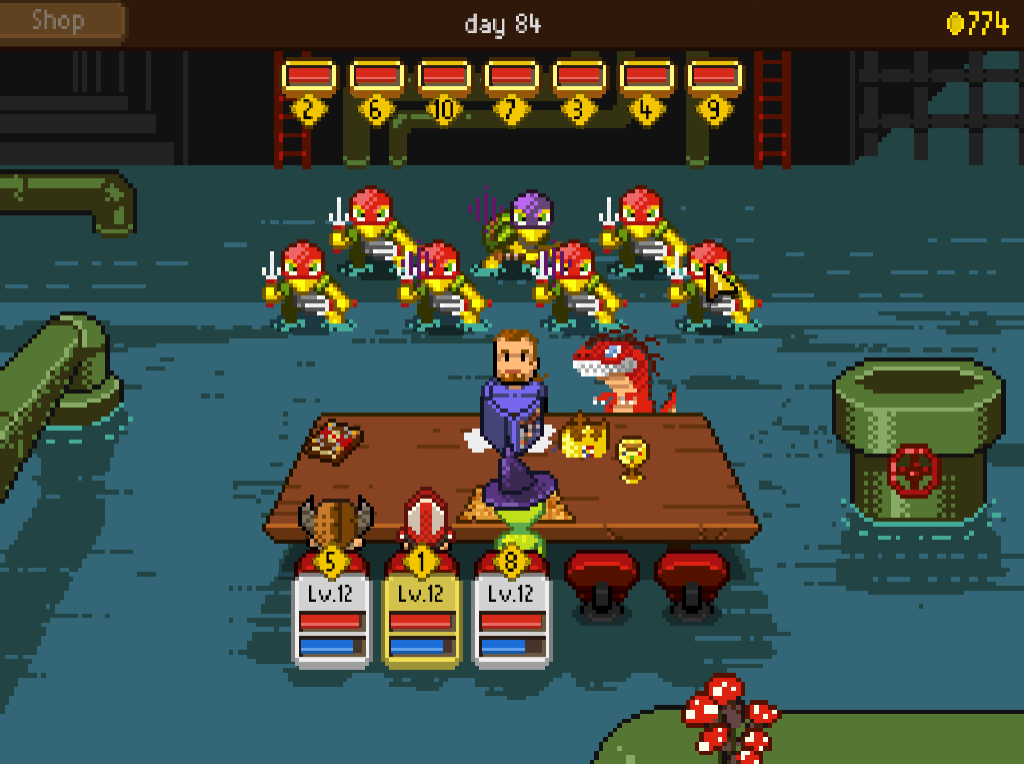 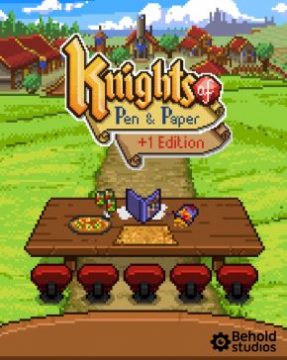 Three years before they released the incredibly charming Chroma Squad, Behold Studios worked with Paradox Interactive to create the Knight of Pen and Paper series, an easy to pick up and play RPG franchise with an interesting twist to it. Unlike most role playing games, you’re not simply playing as a given adventurer, but rather a whole team of them …and the dungeon master too. It’s a series where the entire premise is that you’re simulating a tabletop campaign, where every adventurer you have is an actual person playing into their given role, and you can even make decisions for the dungeon master and the type of adventure that will be experience by everyone involved. It’s a simple yet novel twist on the formula, and well constructed under Behold’s care. 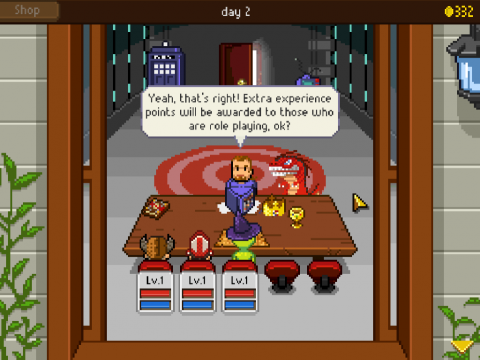 You start the game selecting how many people you want in your session, paying for extra seats with gold you can earn through campaigns. Every player has a different perk, making their selected class function better or worse, depending on the perk effect (for example, you may not want to make a wizard out of someone with a raised threat level). You can also modify the room for passive buffs in-game with new furnishings, select from a variety of dungeon masters, and even buy snacks or drinks for limited time buffs. Once the game starts, you’re free to travel around the map, which lists the general level of monsters you’ll find in a given area, and do the usual RPG thing. It’s with quests that the game’s most interesting formula twist comes into play. 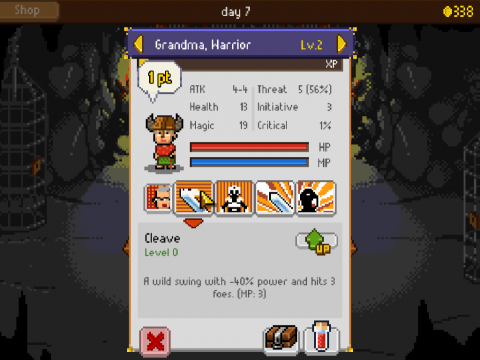 Outside of a few dungeon areas, which have random layouts depending on dice rolls, and bad roll encounters during traveling, most all encounters and quests are decided by the dungeon master. When you select the quest option, you get to control the dungeon master and select the type of quest the party will go through, along with its difficulty. Quest encounters can also be modified before they start, letting you select how many and what kinds of monsters you’ll have to fight as the party, granting bonus experience if you fight larger groups of enemies. This means the game has a selective difficulty, but it also encourages you to take more risks by being a bit stingy with experience points if you try and play it safe. You’ll start getting quests that take unexpected jumps in difficulty, so you can’t simply rely on being of around the same or higher level as the monsters during an encounter if you want to finish that quest (you can only pick new quests if you don’t have one currently active). 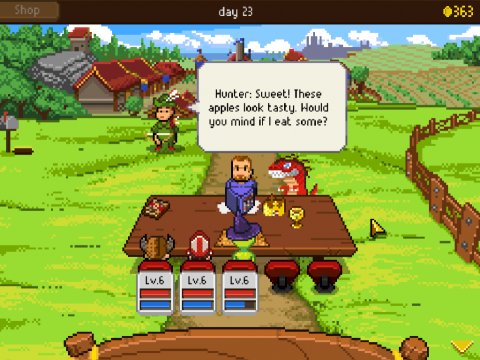 Thankfully, the battle system is engaging and well balanced, taking a lot from traditional tabletop RPG systems. With the right team and strategy, you can manage to get through tougher enemies or mobs and get a ton of rewards for it. This requires some classic RPG strategy, like the classic tank/healer/assault dynamic, but there are plenty of classes to unlock in the game that can lead to all sorts of fun solutions and tactics. It’s an easy to learn, hard to master affair, with the one hurdle being some confusing terminology if you’re not that familiar with tabletop systems. Just remember threat increases the likelihood of monsters attacking a party member and initiative generally decides turn order, and you’ll start to pick it up quickly. 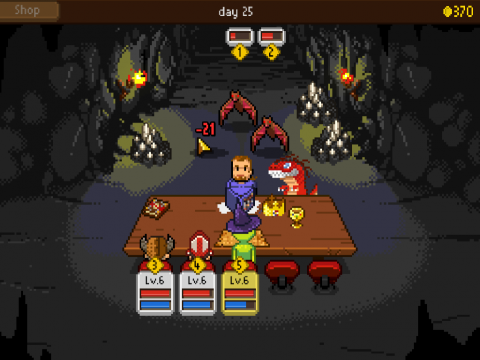 With constant auto-saving, a simple yet charming sprite based graphical style, and very open structure to how you go about getting to the main quest line (which ends on a ridiculous note that reminds one of Chroma Squad‘s final battle), Knights of Pen and Paper is one of the most welcoming RPGs ever made for newcomers to the genre. It’s a great place to start learning and understanding how these sorts of games function, deciding to focus less on narrative and the experience of having an adventure and facing up against seemingly impossible odds. Managing to accomplish something in this game after the slow beginning feels truly earned, and penalty for failure is fairly minor, making it something you want to come back to whenever you get the itch. It’s no surprise the game was designed for mobile phones, and it’s easily one of the best among its field there. The only nagging issue is how long it takes to level up blacksmiths, but it’s the sort of game expecting you to stick around for awhile, so a bit of grind is to be expected. 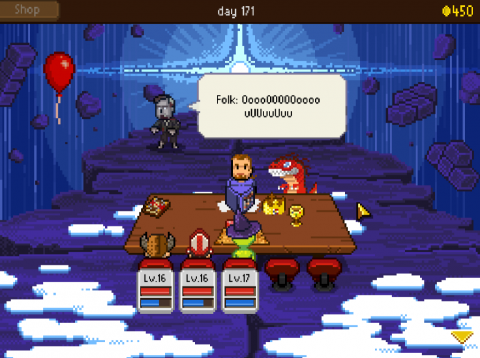 DLC was released that includes all sorts of additional content, with the PC release being advertised as a +1 edition that comes already packed with updated mobile content. A sequel was also made by Kyy games, and Behold returned to the franchise to release a sci-fi spin-off in 2017 titled Galaxy of Pen and Paper, which came complete with a more complex battle system and ship fights. It’s a series where if you’ve played one game, you’ll be able to pick up and understand the rest with relative ease. The Knights games are priced around ten dollars a piece, with the most content packed edition of the first game around twenty, and Galaxy comes in at around fifteen bucks. For the amount of content these games pack in, the price tags are more than fair, though be aware that all of these games get a bit repetitive. They’re the sort of games you won’t play for long sessions, but you will be returning to again and again if they get their hooks into you. No matter what, they’re strange little novelties every role playing fan should experience at least once.