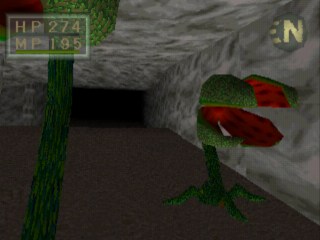 It is astonishing how much From Software managed to achieve in the scant few months between the first game and the release of its sequel in June ’95.

Ship-wrecked and washed ashore of Melanat Island, you are Alexander, and your task is to find the Moonlight Sword stolen from the King of Verdite (though you wouldn’t know unless you take time to read the manual, again the game itself doesn’t throw much information at you). A not-particularly-unique premise, but once one fires up the game and begins, this issue is quickly glossed over. You begin as near-useless and weak as you would at the start of the first game, only this time you stand on the western beaches of Melanat, with no lengthy cinematic and already many possible directions to explore, you are simply placed in the game and allowed to go where you want and do what you want. And you’ll probably spend your first moments dead in the water.

How many games put you two steps away from a deep watery death right at the beginning? Further, only a few moments walk away is a boss creature that can fell you in one attack! Just off to your right further into the distance, is one of many entrances to the varied twisting and elaborate corridors and tunnels of the island. King’s Field 2 has no “levels” as such, it instead has a persistent open world with many sections that interconnect with each other. Here lies the major achievement of this game: a 1995 PlayStation game in full 3D and with an open world. There are NO loading screens beyond first booting it up, and areas are streamed on the fly as you enter them. They cover the gamut of mines, caves, tunnels, a castle, and treacherous cliffs looking down on instant-death falls. All of them are absolutely successful in imparting a sense of claustrophobia on the player. Further, as you become used to the geography of the island, the many options for travel will become apparent to you. This becomes a truly effective gameplay mechanic, as the resourceful player will be able to visualize a new way of reaching the next area they wish to visit, using the many connecting doors and corridors that gradually open up as the game progresses. Sure, the first game had this to an extent, though limited to selected teleporters, here it is astonishing how well the various areas of Melanat meet up with each other. There are few games that make the player feel like they are in a competently realized world, let alone one that they will remember long after completing it. 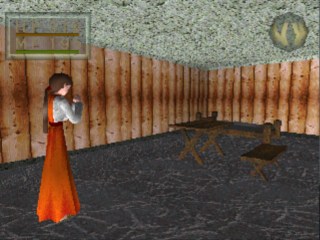 The visuals, however, still look tremendously dated, and the characteristic edge holes that plague the PlayStation’s woeful 3D capabilities are still very much in evidence. The textures are improved but are not in abundance. Perhaps to keep memory usage down in light of the streaming level data, you’ll be looking at the same wall and floor textures for vast areas of the game. This does, however, make for an effective way of visualising areas when keeping a map, either in your head or on paper. Areas feel distinct of each other because of the repetitive textures, not despite of them. Still no door textures though! (Most of the time.)

HP and MP are now displayed as clear numbers, each with their respective strength gauges underneath. The only other HUD element is a compass. So once again the interface is suitably minimalistic. On the other hand, combat is barely the same circle-strafe whack and magic setup of the first game. The AI seems improved and less random, though circle-strafing is enough to keep them turning and out of your line of fire with reasonable ease. The monsters, at least, are a more varied collection of deadly fauna (yes, the flytraps again), undead, wraiths, possessed humans and many others.

There are more traps and secrets than ever, too. In fact the game is utterly crammed with secret doors, this time nudging walls Wolfenstein-style opens them but there are a few traps to be stumbled into if you’re not careful. Alexander can also, finally, run! This will drop your MP / HP gauges to minimum, however, and you’ll have to wait for them to refill as normal in order to attack. Otherwise they work the same way as before. Magic is now learned using crystals of varying types, which also improve your magic stat.

NPCs are more common too, usually in the form of lone miners risking their necks, or people carving out some measure of existence in the various town areas dotted around the island. Here some new mechanics come into play: one NPC offers the ability to take smaller crystals and combine them to make crystal flasks, introducing another useful mechanic, being able to create healing potions from colored water sources throughout the game. Bows and arrows are available too, and the same “crystal-worker” NPC will also create arrows from crystal shards. You will be given tasks to do by some NPCs, and in return receive quest items or healing items. There is no journal though, so you will have to keep tabs on your tasks yourself. You can also kill NPCs, but this rarely results in anything positive. 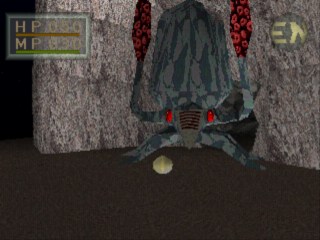 Another NPC will copy keys for you. This is important, as a crucial aspect of the exploration mechanics in King’s Field 2 is the use of keys, specifically two types: Rhombus keys, which can be copied, and others like the Magician or Silver keys, which can’t. Many doors throughout the island require rhombus keys to progress, and you must either find more or spend gold to have them copied. You will also need two for most rhombus doors as a rhombus key only unlocks one direction! Other keys are as in the first game, though they mainly unlock chests they are nevertheless an important find whenever the player comes across one. Ultimately: there are various keys and they are re-useable, but you will need a lot more than one Rhombus key!

The music is rather more memorable this time too, with rousing synth orchestral tunes with strong melodies and varied moods. There are not many different pieces, but they’re generally superior to the first game. The sound effects are a touch stronger, also. With satisfying weapon swipes, convincingly foreboding monster groans and growls, and Alexander’s desperate cry as he dies. There is still no specific sound when striking enemies, though, and this is still the one major deficit in the combat which makes it feel rather “floaty”.

King’s Field II is one of the better games in the series. Despite the now dated visuals, the island of Melanat is a compelling place to be. It has a cohesion not present in King’s Field III, and feels more fully-formed compared to the first game. Though perhaps it’s not entirely fair to compare it to King’s Field IV, all the distinct elements of the game make up for excellent dungeon crawling, and it is ultimately the labyrinthine, complex (for the time) level design that makes this the most memorable of the four.