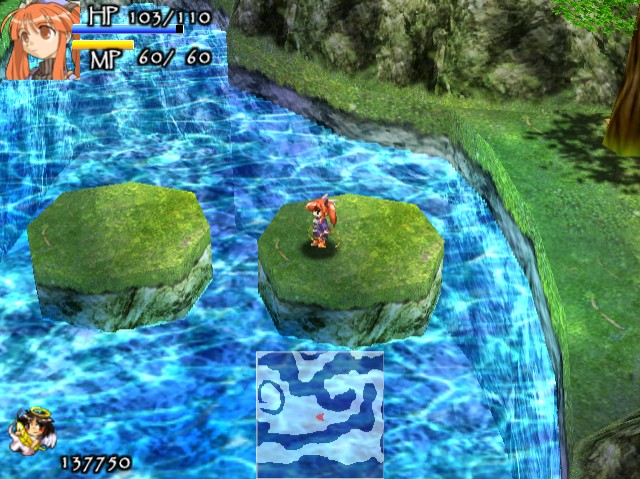 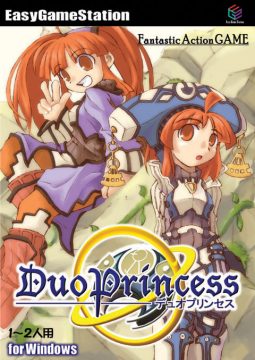 Long time Square fans will probably remember a little action-RPG from the PSOne era called Threads of Fate, also known as Dew Prism in Japan. At the time, it was viewed as spiritual successor to Brave Fencer Musashi, a fun little title that emulated the feel of old 16-bit Enix titles like Illusion of Gaia, although with a quirkier sense of humor. For some unknown reason, Square-Enix decided to resurrect (and completely mangle) the PS2 sequel to Brave Fencer, while leaving Threads of Fate to wallow back in obscurity. While Threads of Fate isn’t exactly a classic – it’s a bit straightforward and simplistic – it also featured one of Square’s most memorable characters: a spoiled little princess named Mint who’s constantly tormented by her cruel sister Maya. Like many doujin software houses, eager to resurrect gems, EasyGameStation decided to make their own sequel, dubbed Duo Princess. 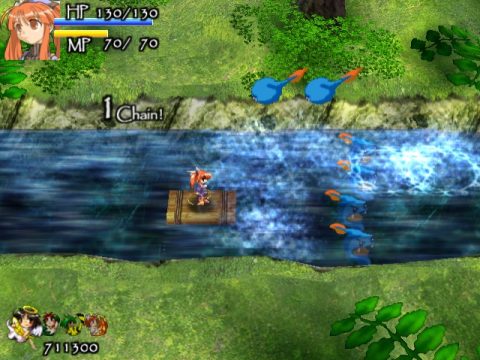 Duo Princess looks and plays a lot like the later-generation Ys titles (Ark of Napishtim, Oath in Felghana, Origin), featuring sprite based characters on top of polygonal backgrounds. The visuals are pretty simplistic and the controls aren’t quite as fast nor as tight, but otherwise it feels strikingly similar. However, compared to Ys, or even Threads of Fate, Duo Princess is more of a straight-up brawler than an RPG. Although you gain health and magic extends after completing each stage, there are no experience levels, and thus no reason to kill most enemies outside of increasing your score. There are a few areas where the screen stops and you need to take out certain enemies to proceed, but otherwise, you can get through most parts of the level simply by jumping to the end. When bad guys are killed, they explode in a mess of gems, which are automatically drawn to your character. It’s a cool little effect reminiscent of any number of arcade shoot-em-ups.

There really isn’t much to the gameplay other than charging forward and bashing enemies. You can play as either Mint or Maya – Mint uses close range attacks while Maya uses long range magic bursts. Both have access to different sets of spells that are useful for clearing out large hordes of enemies. These all drain MP, although it regenerates quickly. Unlike the health bonuses, you need to explore a tiny bit off the main path to find additional magic spells, although they’re never actually hidden.

The game starts on a boat, which eventually leads to a forest and a desert before landing on a river raft ride. Then you fight through a castle and do battle with Rue, the shape shifting chap from Threads of Fate (who’s largely ignored because he’s not nearly as cool as Mint) before moving on to the final battle. There’s a total of seven stages, which includes the final boss battle and a segment where you refight all of the old bosses. There are tons and tons of healing items everywhere, so making it to the end is incredibly easy. You even continue right where you left off when you die, although this denies you the ability to watch replays, if you care about that sort of thing. There are quick cinema scenes between intermissions, although naturally any of the charm of the characters is going to be lost unless you’re fluent in Japanese, which unfortunately drains much of the appeal of the characters. 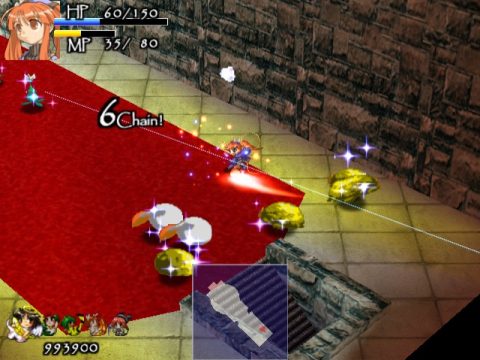 Even though it has a very good classic vibe going for it, Duo Princess probably would’ve been served better if there were some kind of role playing aspects. It also wouldn’t have hurt to actually put some decent music in too – as the Ys games have proven, you really need some fast paced rocking music to go with your monster slaying, and the generic MIDI tunes here just don’t cut it. Hell, even arrangements of Threads of Fate (rather atypical) soundtrack would’ve been better. As can be expected in a game like this, it’s a bit more fun with two players, but it’s not really all that interesting outside of the novelty aspect of seeing some undeservedly forgotten characters come out of retirement.