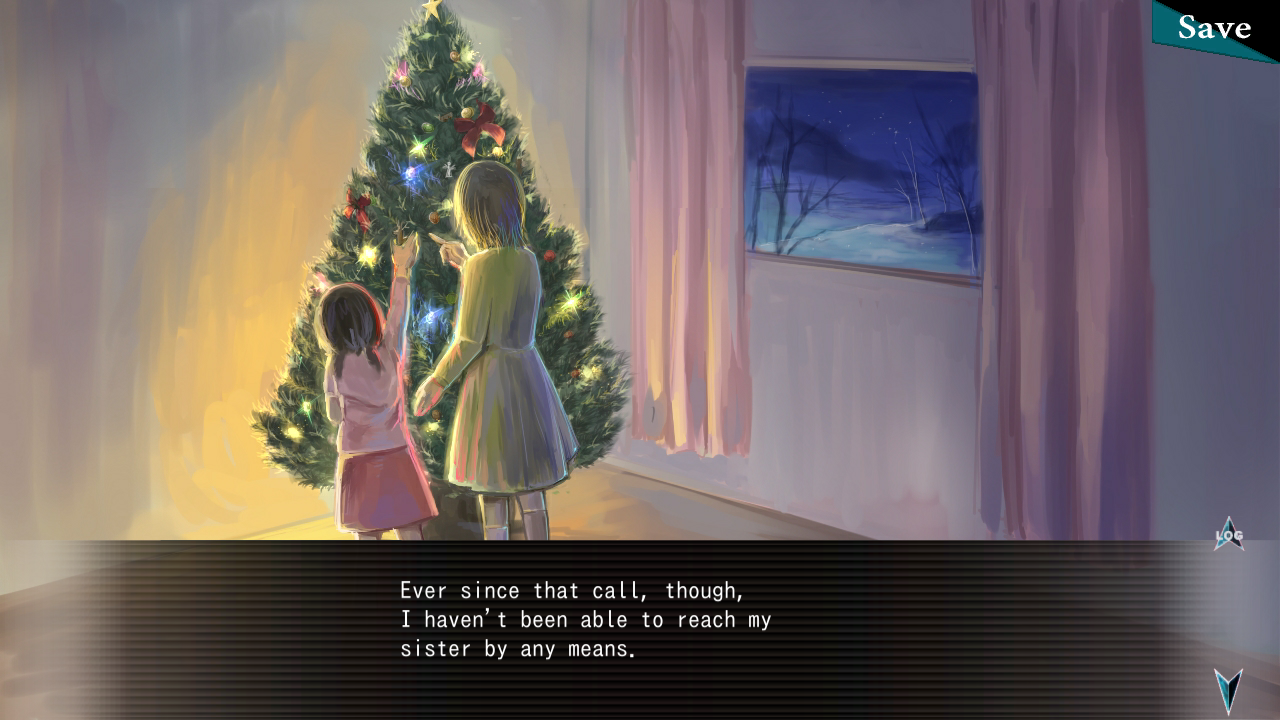 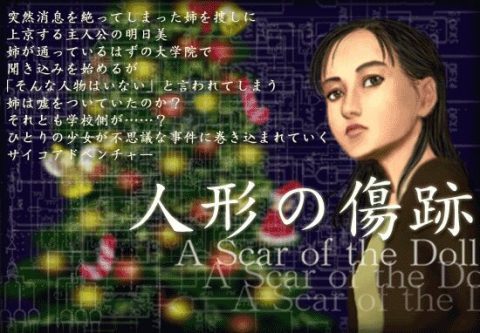 Something a lot of us don’t really seem to think about much are the people who helped make games and then quietly disappeared from the stage. This huge medium is crowded with all sorts of voices that get lost in the noise, and it’s never a bad idea to look back at the work of these sorts of people. Take Hidehisa Miyashita, who appeared among the big leagues in 2007 with Folklore, an obscure PS3 JRPG he wrote for, and then quickly vanished. On the surface, there doesn’t seem to be much there worth talking about, but he had been writing and making games on his own well before then. The only one of these that seems to have gotten an English translation was 1999’s Scar of the Doll, and there’s some themes at play in this visual novel that can make one interested in just what Miyashita is trying to convey with his other works.

The story follows Asumi Kamijou, a young woman who’s come to Tokyo to find her sister, who’s working at a university lab. However, things become complicated as the lab states that they have no record of her sister ever working there, which Asumi has trouble believing. It’s not long before people start dying, and Asumi suddenly finds herself having to get to the bottom of things and discover the truth behind her sister’s disappearance – assuming she existed to begin with. 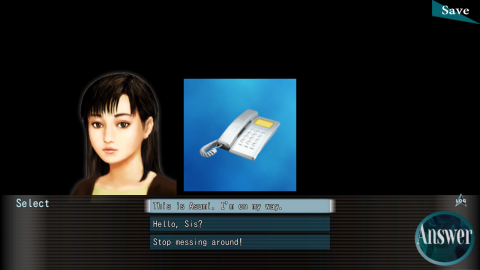 The iOS and PC versions have completely different art, with the PC original having realistic designs and the iOS port switching to a softer style, each with their own strengths and weaknesses. The iOS art lacks impact and doesn’t really fit the grim subject matter, but the PC version also dives into some uncanny valley moments that can take you out of the moment. The music is also very hit and miss, which isn’t too surprising for the game’s age and original independent release. What is strange is that the 2017 release is still quite loud, though that’s not too uncommon with most Japanese PC games. 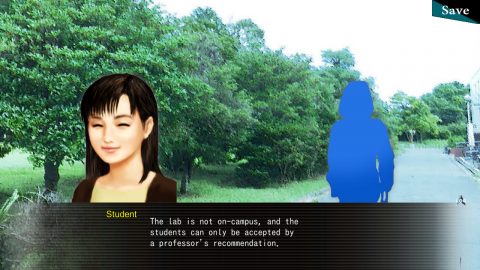 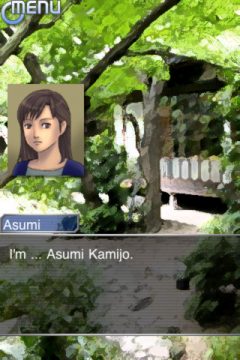 The actual puzzles on display are also fairly poor. As long as you go to a supermarket before visiting the lab, you’re golden, outside some bad ends that occur due to a wrong choice from a binary selection. It’s classic visual novel padding, the stuff even massively popular titles like Fate/stay night did, but not nearly as amusing or interesting. That said, it’s nice the game gives you a pointer upon reaching these deaths, plus warning you that you’re entering a dangerous segment, but some moments frustrate because the answers sometimes just amount to do an arbitrary thing to trigger an event.

The production is very amateur, and the writing has an air of this too in some ways. The prose is on the weaker side, focusing on matter of fact sentences, exposition, and fairly uniform speaking styles among the cast. However, the actual ideas the story grapples with and the way it paces itself and builds tension is well done. Scar of the Doll is a thriller at heart, and it manages to make great use of confusion and violence to keep the whole experience engaging, the game only slowing down after the basement segment due to a lack of build up to the surprisingly complicated reveals. The thrills wears off here, but then the game really goes all in with concepts of memory, identity, and connections, managing to stick the landing (though not without challenge). If the game removed its main antagonist from the story, it might have had more time to explore its thematic core, but I can see there being challenge justifying the thriller elements without them. 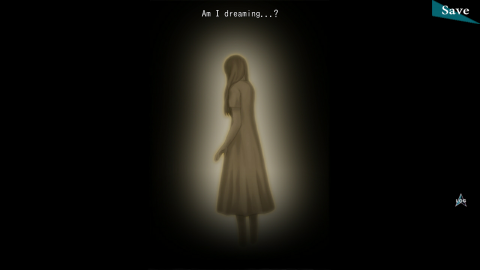 Without giving away the many, many surprises, the game tries to grapple with the question of what defines us as people. If our own memories can’t be trusted, do they still have value to us? What impact do we have on the lives of others? The story toys with a lot of ideas that were later expanded upon in Folklore, which had two characters put into a strange situation and used ambiguity and mystery to have a series of surprising reveals as well. It’s interesting to see a first stab at the base ideas that games explores in here, especially in that a lot of what this game does is informed by then current events and not fantasy elements. It also justifies the existence of just about the entire cast, giving them meaning in the narrative that isn’t initially apparent. 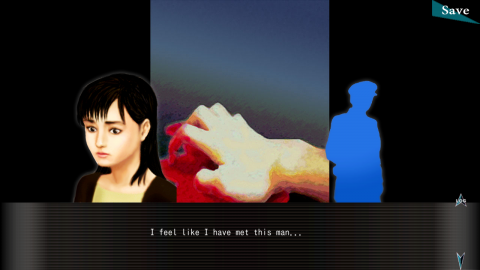 There’s an atmosphere here that few games have, thanks in part to the use of realistic backgrounds and filtered photos, even making use of the holidays in a way to convey warmth and hope with subtlety. For what little the team had to work with, they did the best they could to create an imperfect but memorable stage for an interesting little tale about a girl wanting family, even if it gets a bit saccharine by the end. It’s a novelty worth looking at, if only to see where this writer started before going into his major work. Hopefully Folklore won’t be his last major project if he’s still trying to re-release his older work.