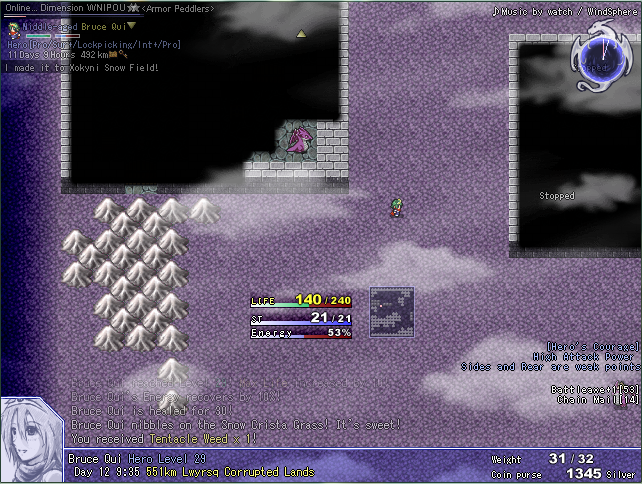 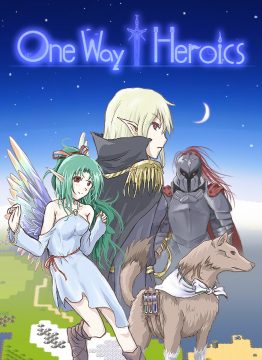 One Way Heroics is a tile-based, turn-based, procedural generated online RPG, another entry in the increasingly crowded genre of Roguelikes, or better, Rogue-lites. Completely created, including the engine, by a Japanese indie developer only known as “Smoking WOLF”, on the surface it seems nothing special, with its tiny, SNES-styled graphics. But these are not bad things, because of its unusually horrific premise. “The Darkness” is engulfing the world, erasing everything on its path, and the only way to survive is to always go right. The game applies the same gimmick of auto-scrolling platformers and action titles to a RPG, and surprisingly it works. You have to be constantly on your toes since spending too much time in a dungeon, or going after items too out of the way, may mean getting swallowed by nothingness, and the weight limit of the characters means that you can’t just pick up and keep everything you find. 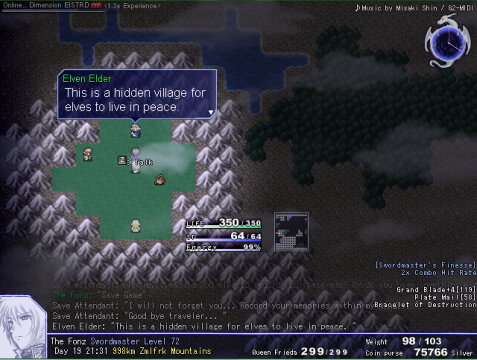 You will die often, but the game rewards perseverance – with every new game, new “Hero Points” are awarded based on the statistics of kilometers traveled, enemies slain, treasures hoarded plus other modifiers. These points can be used to unlock new classes besides the starting Swordsman (attacker) and Knight (defender) and also new character perks. Some of these perks may seem worthless, but when you need to traverse a lake and the Darkness is right behind you, suddenly that +1 Swimming makes all the difference. To save Hero Points, classes can be also unlocked with specific actions, e. g. the Hunter is available after your first kill with a bow, and so on. As usual every class has its pros and cons, but some of these have a harder time at the beginning: to avoid frustration, the game provides the “Dimensional Vault”, a space to store useful items between different games (here called “dimensions”, all named with random strings of letters like “CPOIZBWRI”) to share them among characters. The Vault can be upgraded with Hero Points as well.

To beat the game, one has to defeat the Demon Lord: he is met at a fixed distance (400 Km) in the lowest difficulty level, but appears at random intervals at higher levels. In the latter case you can choose to avoid him until you are ready, or just postpone the fight indefinitely (one Steam achievement actually asks to reach “the end of the world”). He, however, is not truly responsible for the Darkness. The sparse narration hints at darker themes behind the surface of simple plotless game sprinkled with light Japanese humor. The good king dabbled in necromancy, our fairy companion/help desk is an automaton, and every new player character is implied to be the reincarnation of the previous one. Several plot puzzle pieces can be put together by playing the various game modes. 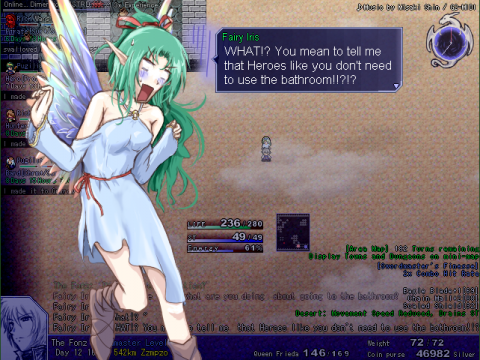 One Way Heroics is more than meets the eye, and provides a fresh spin to both JRPGs and rogue-likes through simple but clever mechanics and great replayability.