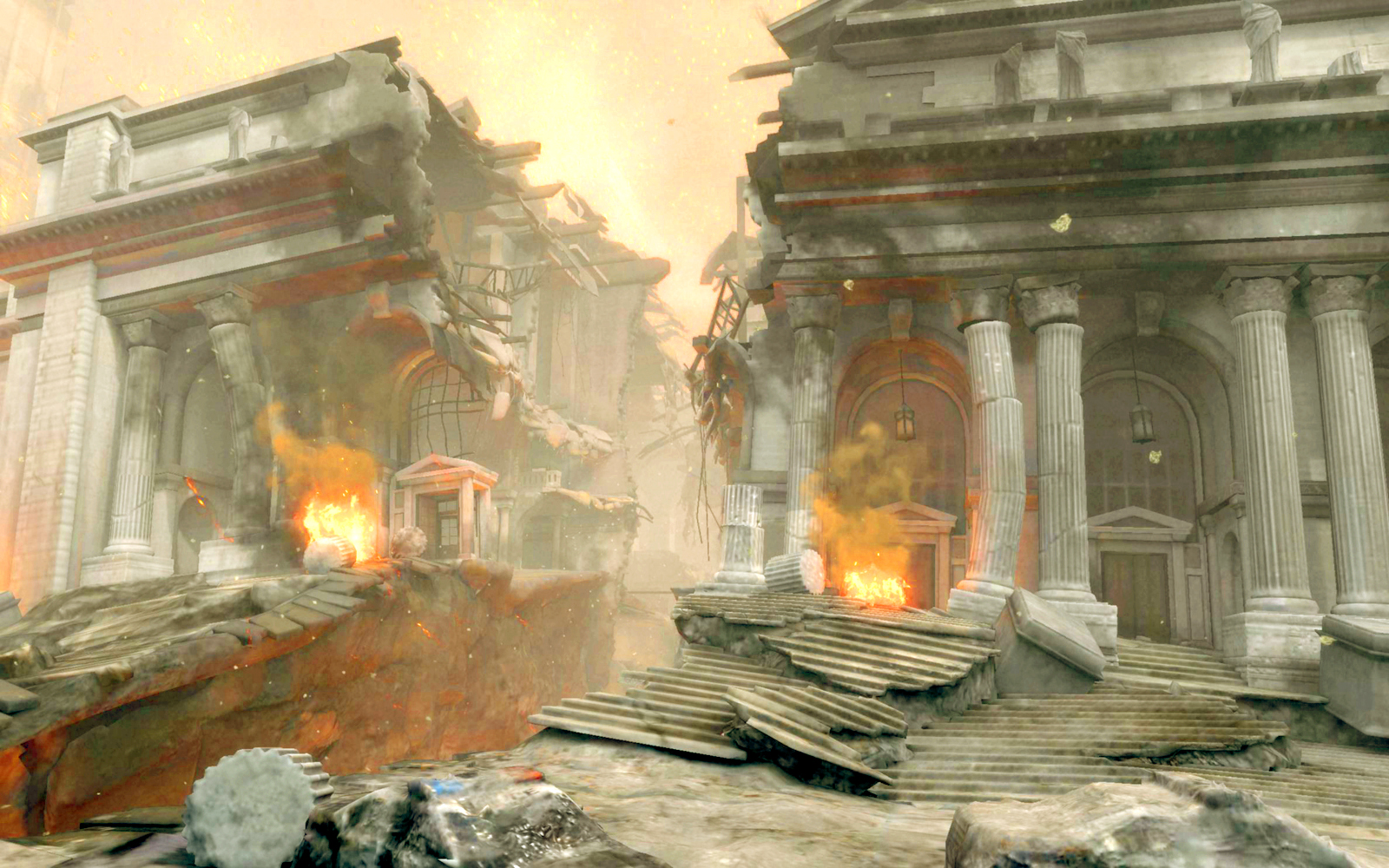 Just a few years after DOOM 3 released, Carmack and Id Software were already planning to make a new DOOM game, which would be known as DOOM 4. It was also going to take the franchise in a Final Fantasy sort of direction, abandoning a focused continuity for just doing a new thing every game. It was definitely a different beast, supposedly some sort of serious story about Earth merging with Hell, focused on the people who had to live through it rather than the lone badass who solved the problem partly to avenge the death of his pet bunny.

This is an article on a canceled game where everyone involved was most likely under NDA, so do take attempts at making the bigger picture with a grain of salt. 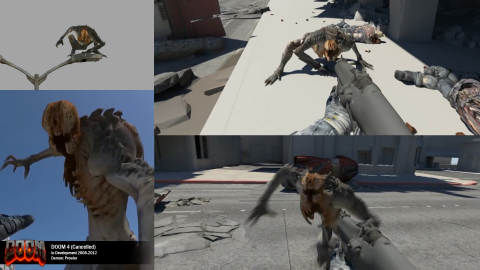 What seems to be the case is that a new DOOM title started development in 2007, supposedly alongside the new IP RAGE, which would be getting the majority of the attention from the studio. The first year was for gathering new staff, and development began proper in 2008. Since DOOM 3 was a new take on DOOM, the team decided to do a new take on DOOM II while making it another new continuity. That was the general idea, but there were problems getting it to really come together, not helped by the focus of the studio shifting to RAGE and making that work with the new Id Tech 5 engine.

There were two builds in production, a single player one called “Hades” and a multiplayer one called “Zion,” the latter being where the majority of the footage for the game comes from. There was a rough storyline seemingly made, setting the game in 2038 and possibly starting with a UAC base evacuation, one called Valhalla, based on a vertical slice of the game prepped for Quakecon 2011. A solid way to nod to the original game, suggesting that the invasion started elsewhere. 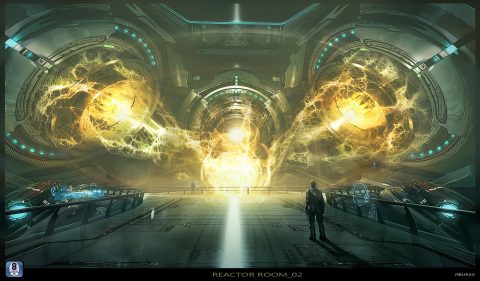 The game would focus on Earth and start with a global pandemic. The Earth would be dealing with a virus called the Kafere Plague, and a lack of government action in dealing with lead to riots.and militarized action against the government. There is a cure nobody trusts called AGiS made by the UAC, a mostly unchecked corporate entity with focus mainly on what benefits it first.

Then the DOOM stuff happens as a portal to Hell opens in Manhattan, causing a “Hell wave” that starts shifting reality so things become bone and flesh, and people start turning into monsters. Your character would either have survived the base evacuation or have just been a regular joe and joined the resistance against the demon menace, with a possible level based around reaching the Hell portal that had broken apart a UAC facility. There may have been other playable characters in talk, but nothing concrete has been dug up. 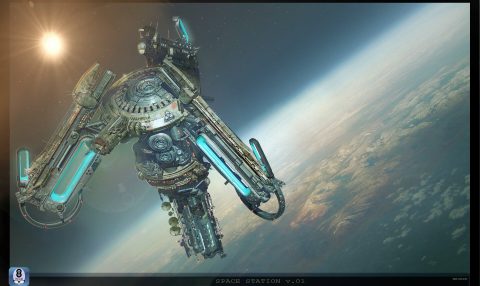 The premise of the game was definitely promising, and by the looks of what little we have, it seemed to be doing a more down to Earth (heh) take on what we had seen of the DOOM series so far. Action packed, but exploring the actual impact of such a horrific event like Hell bursting open. It should be kept in mind the footage we have for story bits are not trailer footage, but strung together cutscenes from Blur Studio, using characters planned for the project (there is a NoClip doc floating around that includes a gasmasked person but that’s just a clip accidentally taken from a Nine Inch Nails fan video, a thing among that community).

As far as gameplay goes, hard facts we have are the existence of a sort of kill streak system that would let you summon your own helper demon after filling a soul gauge, and the existence of something called a “sync melee” system that would be reused in DOOM 2016 for its glory kill system. Being much longer melee kills compared to the final ones we got. Otherwise, multiplayer seemed based around deathmatch, as one would expect from Id at this point. The overall gameplay rhythm, though, seemed to be another slower affair with a possible focus on cover, health regeneration, and cinematic presentation, even more so than DOOM 3. Around some of Id’s staff and from the wider fanbase, DOOM 4 ended up getting the mocking nickname of “Call of DOOM.” The footage available suggests there was some truth to all this. 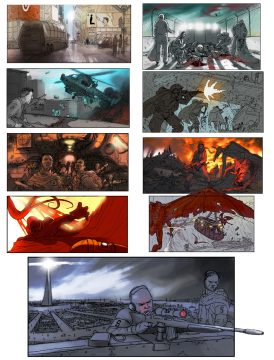 After Bethesda had bought Id Software and once RAGE was released, Bethesda and Id management ended up checking in on the project and decided something had to change. They did like it, but there was a feeling that it wasn’t really DOOM with all these modern design trends baked into the project. There was also the fact the story was very un-DOOM. Hugo Martin, the lead and writer for the modern DOOM franchise, compared this version to Robert Zemeckis’ Contact, a story about the “big things,” while DOOM had previously been about “one guy being involved in big things.” And yeah, that is accurate.

Beyond just moving fast, killing demons, and finding keycards, DOOM was about being in the middle of the thick of it, everything within your character’s perspective rather than the wider one, because that distracts from the action. You could argue this angle has its own issues, but mixed with some of the design decisions, it may have been for the best the project was restarted for the sake of the franchise, especially after RAGE‘s middling launch. At least not everything was thrown out, like the hell knight design and the super shotgun and chainsaw models being brought over to DOOM 2016. This even includes that game’s new demon, the summoner, which in DOOM 4 would have created portals demons could crawl out of. There was even a combat pitch made with DOOM 4 assets to give an idea of where to go with the project. 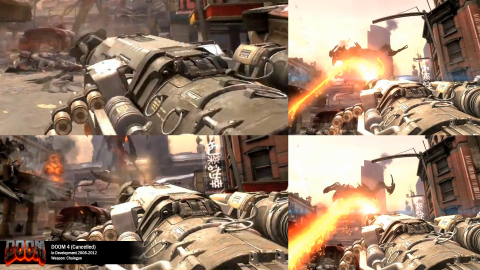 While DOOM 4 was in development Hell (heh heh), the classic shooter was a mostly dead beast, and modern military FPS had become the norm, with a plodding pace based around iron sight aiming and shouting racial slurs at complete strangers. They were dark times. The few who stuck around didn’t do great, with Serious Sam coming back in a successful but scuff third (or forth???) mainline outing, and Duke Nukem finally coming out of retirement to embarrass himself and make extremely uncomfortable sex lines at the Olsen twins. The torch had to be carried by Painkiller developers, and anyone familiar with the Painkiller hole knows that isn’t exactly who you want carrying an entire genre. There was also Raven trying, but they ended up running out of steam with Singularity and being sent to the Call of Duty mines, where they remain to this day. The best of the era for classic style FPS was probably Bulletstorm, and even that got buried by Epic’s Gears of War cash cow.

But then things started to change. The Painkiller hole brought us something that was actually good with minimal jank in the Shadow Warrior reboot, early life signs of something stirring. The Rise of the Triad reboot didn’t do as well, but helped two people get a foot in the industry. One was Dave Oshry, who’d go on to form New Blood, one of the major names in the retro shooter revival. The other was the game’s composer Andrew Hulshult, who’d end up making the soundtrack to basically every modern retro shooter, yes, even that one. He toiled away with the mod scene before his career grew to unexpected heights with the release of DUSK. That would be 2018, really starting the trend, but it was already brewing by then. 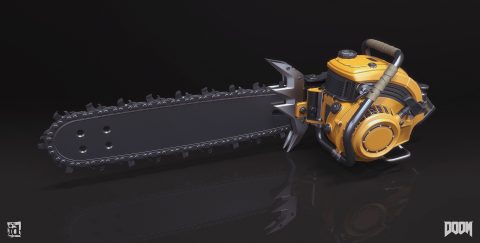 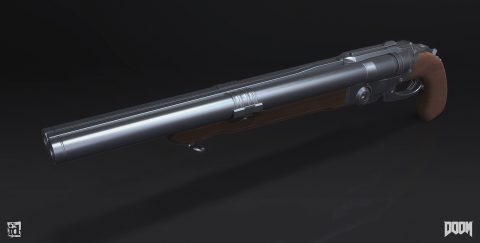 After the development of DOOM 4 was given a new direction and made notes of what to take and leave, Hugo Martin gave the game the concept of a “Doom Hero,” a sort of Robocop style figure made by the UAC who’d act as the doomguy of a new continuity, with a spiffy blue outfit. Then, a few months before the game was to be released, he made a mess of rewrites, keeping the general story the same but changing several details, and the Doom Hero was removed…

The lead up to the next big DOOM game was a mess, starting with John Carmack leading Id Software in 2013 to pursue VR development with Oculus. News of DOOM 4 had started to leak and it made people skeptical of the coming game, especially due to the seemingly vast development hell the game had. It wasn’t helped by the odd marketing blunders, like having a trailer that was only shown to Quakecon attendees and nobody else, and focusing heavily on the multiplayer mode, a thing that while DOOM was an originator for, never really was the franchise focus. 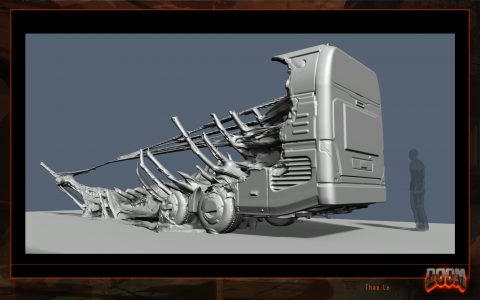 The multiplayer beta went over badly, very badly. It made people worry more. Bethesda held back review copies, a strategy normally reserved for huge disasters that could be affected by day one reviews. This did not help matters, especially since this was Bethesda we’re talking about, a company that was still using an outdated engine due to Donald Trump’s brother refusing to give them money to make new technology.

Things were bad. Things were REALLY bad. This looked like the end of another major gaming franchise, just like Duke Nukem in 2011. This would be the end of Id once and for all, the rocky Carmack years now over and the company mainly being run by people nobody recognized at all. The rumors of what this game was once worried the fans, as did every single decision made in informing people of just what this game was and would be. The seventh console gen was the death kneel of countless legendary series, and DOOM would soon follow, as everyone thought.

When you started a new game, the following lines were spoken to you.

“They are rage, brutal, without mercy. But you. You will be worse. Rip and tear, until it’s done.”

Nobody was ready for the game that followed that.

Special mention needs to be made to twitter user FeoUltima, who helped with research on DOOM 4. She’s been helping gather information on the game, including video and images shared here, and a lot more she’s promised not to share to her sources. Without her work this clear a picture of the project wouldn’t be possible, especially due to a mess of misinformation out there.