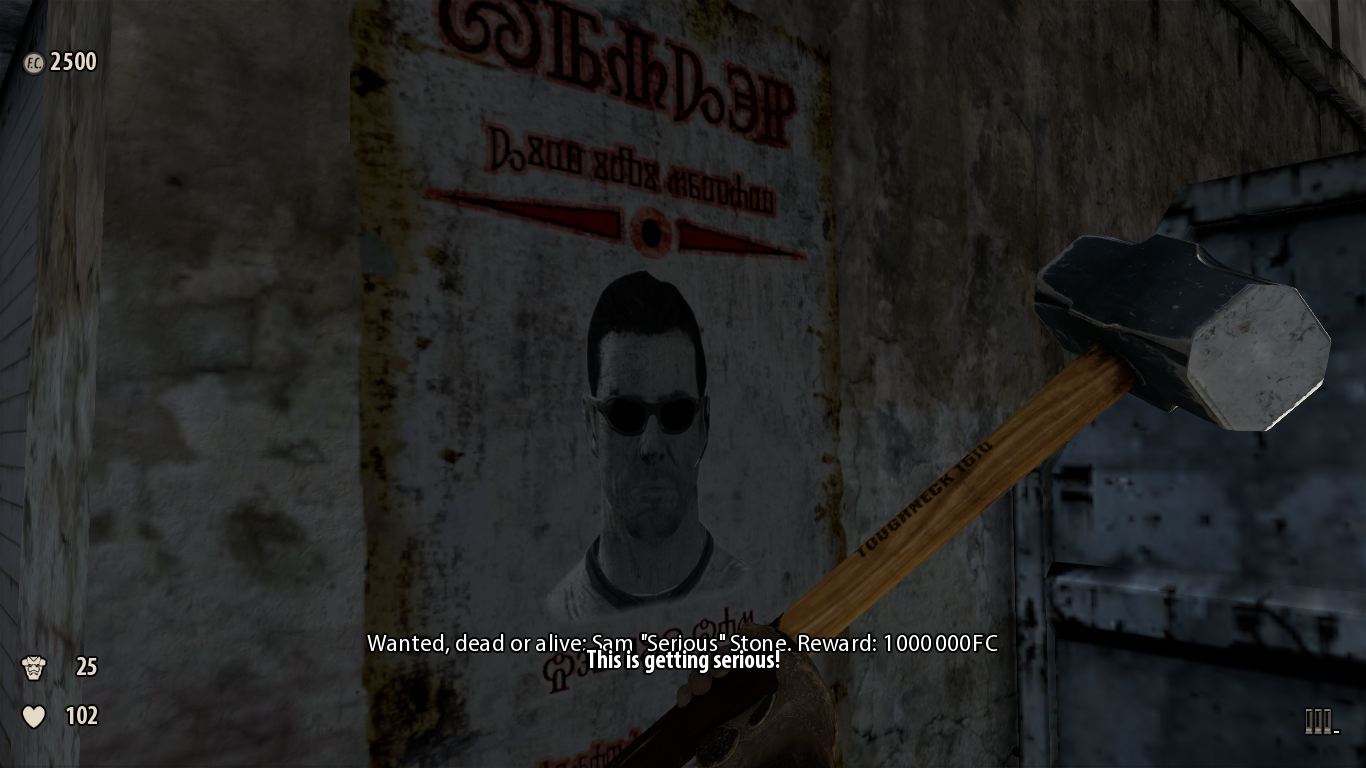 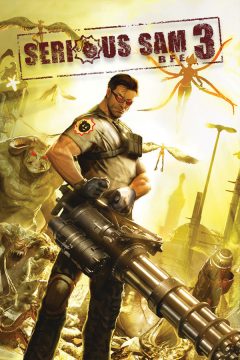 The times were not kind to Croteam after Serious Sam 2. With the game’s disappointing sales, Croteam had to buy back the rights to their signature series from 2K, then shopped around for awhile for work. This included a modern military shooter that the financiers backed out of, and a failed pitch to Id for a new DOOM game. Eventually, they found a working relationship with the then new Devolver Digital and got to work making HD remakes of their first two games, putting Serious Sam back in the public consciousness and preparing the world for a new entry in the series.

One problem: Croteam were not doing well financially after a string of failed projects, and their new publishing partner was still growing into a proper force in its own right. Games were becoming more expensive to make, and they definitely did not have the resources to make a new Serious Sam game and an improved engine both – at least from what one can infer playing through Serious Sam 3. Released just a few months after the much mocked Duke Nukem Forever, Serious Sam somehow found himself in the exact same position as ol’ Blondie, but for different reasons. Forever was a product of over-ambition and poor management. Serious Sam 3: BFE was the product of both desperation and wanting out of a creative rut. 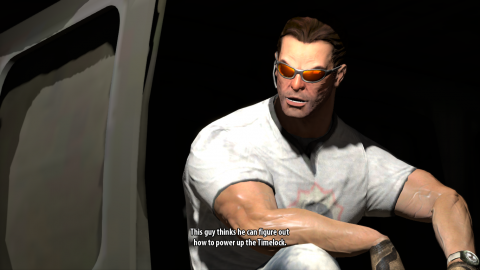 The BFE part of the title means “Before First Encounter,” the return of the alien killing adventurer being a direct prequel to the first game in the series, and a bit of a soft reboot. Manual information based around Sam being a space captain with a redemptive streak are hinted here through some graffiti but go against his characterization as a dude-bro military lunkhead here, and the entire concept of scientists in the future sending Sam supplies through the time-lock was thrown out the window with the end of the game. The narrative is a clean slate change up, showing how Sam ended up being the one to use the time-lock to fight Mental throughout Earth’s history.

The end result is tone whiplash, where it’s difficult to tell if Croteam wanted to make another comedy or a darker, more gritty alien invasion story. Sam and his military buddies, who mostly exist to get killed off, don’t mesh with the few other human characters, and don’t take the situation all that seriously. Worse, Sam’s one liners and jokes rarely land, usually lacking set-up, or relying on duller cliches than usual. John J. Dick sounds gruffer, and this new voice he’s been directed into lacks the personality he used to bring to the character. It does not help that the character animation is possibly the worst in the series overall, Croteam trying to do in-game cutscenes with models that have strange, inhuman lips, bizarre body structure, and the same sunglasses put on every character because I suspect the eyes in the new Serious Engine 3.5 would fall so deep into the uncanny valley that the devs decided it was best to never show human eyes at any point. 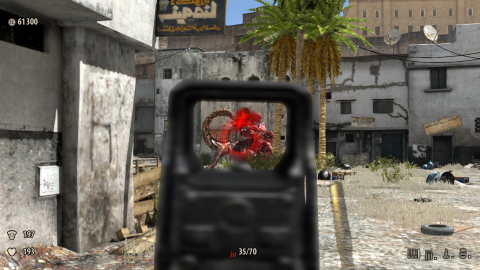 The new engine isn’t bad, mind you. It has some impressive texture work at moments, and the particle effects are well utilized. The gnaars has some fantastic animation and expression work behind them, and the monster designs are easily some of the best in the whole franchise. Even the lack of a physics engine is forgivable after remembering how janky it was in Serious Sam 2. The problem is that Croteam kept putting in secrets in a way that only really work with a physics engine. Secrets are now hidden in closed off areas that require platforming to reach, and the platforming is extremely messy. Sam will sometimes bounce off surfaces, and it’s never obvious what structures you can and can’t jump on or what you’re expected to jump on. This is extremely bad now because two of the best weapons in the whole series, the electric gun and sniper rifle, are secret found only, and the same goes for their ammo. This decision is utterly baffling.

The game often feels like more of a tech demo than anything else, which would explain why the dust is turned up so high that it often hides enemy positions from you. This is only an issue when explosions are done, which is a huge problem because kamikazes are everywhere and late game play requires you to focus almost entirely on explosive weapons to make it through massive mobs. This could also explain a weird energy gauntlet you get later on, which creates a line of energy that spreads through multiple enemies and kills them after a few seconds, but actually keeping them trapped in the line seems completely random, and it’s useless in mobs because it takes far too long for the kill effect to happen. Sam also has execution moves now, similar to Duke Nukem Forever, but they don’t give back health, and enemies can still attack you during the overly long animations. You may get some use of it on easier difficulties, but on normal and higher, you will almost never use it because that will signal a quick death. 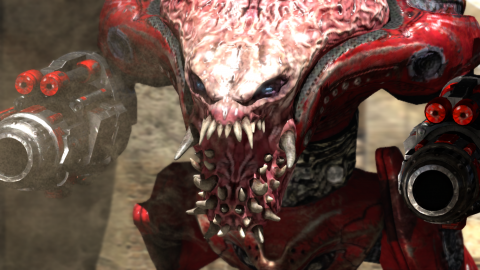 That doesn’t even get into how disorienting the camera can be during these animations, Sam swinging wildly around to the point you can barely see anything because they mapped the camera movement to his head movement instead of just letting it stay in the field of action. The sledgehammer, the chainsaw and knife replacement, is horrible for this reason, requiring either a long swing that keeps you looking ahead, or a shorter swing that forces you to look off to the side and away from enemies during the animation. It’s a string of minor annoyances that start to add up, hitting the peak with more weapons requiring reloads, including the tommy gun’s replacement. You get forty shots with the new assault rifle, which you go through quickly, then you go through a very long reload animation. You can cancel out of it by starting a sprint (one of the few welcome additions), but because most mobs make you run backwards, activating a sprint by moving forward will not be high on your priority list and the end result is that mobs will start ganging up on you much quicker then they ever would in previous games.

You’ll also pick up on the game’s rather cobbled nature when you start realizing buildings are copy and pasted everywhere for the first half of the game. This makes exploring levels a chore, as you can rarely remember when you’ve been due to a lack of landmarks in the area. There are enemies that look suspiciously like DOOM monsters (mainly the mancubus, hell knight or baron of hell, and the hitscan soldiers who are not beheaded) that seem to have been just reused from the failed DOOM pitch. The new weapons have more realistic and lifeless designs and uses to them (though the devastator is a welcome addition as a sniper rifle with explosive rounds), like they were made for a less over the top game. Serious Sam 3 reuses a lot of assets from failed projects that went nowhere, and they don’t fit the series’ tone or gameplay particularly well. 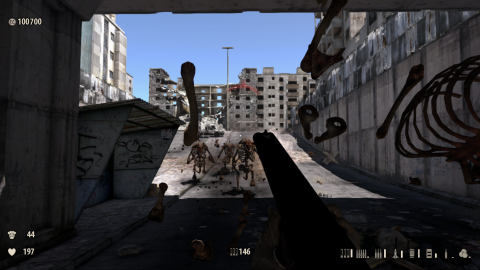 This also applies to some of the original ideas Croteam were experimenting with. There are segments in dark, underground areas where your movement is slowed down for the sake of tension and atmosphere, which don’t mesh with a fast paced run and gun mob shooter. There’s also a few moments with chaingun turrets, where you have to navigate past their sensors to turn them off, or use them against enemy mobs. The slow pace they give the few areas they pop up in doesn’t add much to the game, but rather just becomes a new nuisance. It wasn’t too long after Serious Sam 3 that Croteam released The Talos Principle, an impressive puzzle game that explored complex philosophical ideas, an attempt to show they could do more than Serious Sam, and it feels like they were ironing out some of the ideas that became Talos here. Those ideas just didn’t with a series that includes fart explosion secrets or Duke Nukem style one-liners coming out of the mouth of a muscular idiot who can be easily tricked into a rope trap with a delicious banana.

Things do start to pick up towards the end as the mob shooting becomes a core focus again, though still trips up with extremely long levels and very annoying new enemy types in the form of possessed copters and the dark queens. The former are hitscan enemies in the air that can only be hurt by explosive weapons, and the latter can freeze you in place and leave you vulnerable, and you can only hurt them as they are preparing their attack. Also, they turn invisible, have a teleport, and love to appear in places where you can’t quickly notice them to counter their attack. By level ten out of twelve, the game starts putting these two enemies together and you better hope you still have devastator ammo for that little surprise (rockets move too slow to readily hit the copter). Oh, and the hitscan arachnoids are back and you will despise them, especially since the devastator cannot deal with them nearly as fast as the sniper rifle. It tries to go full over the top towards the end to make up for the slow, often dull start, but it goes way too far and ends up creating some truly frustrating end levels that push it even for a Serious Sam game. 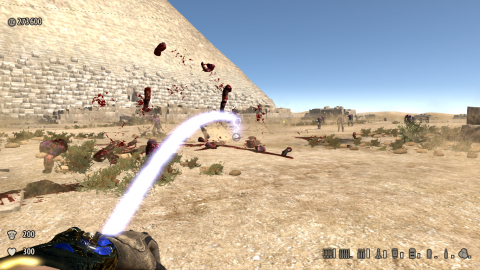 All of this said, it’s difficult to hate Serious Sam 3: BFE. Croteam had to put something together to keep going and making great games, and considering the circumstances, they pulled off something solid. The core mechanics are there and do work, with moments of exhilarating fun in every roughly hour long level. Unfortunately, the rest of that time is dedicated to ideas that don’t really belong in this series, obnoxious platforming sections to find secrets, enemies that are just not fun to face in the slightest, and a story that has a solid idea at its core but just leaves you feeling empty due to the constant tone shifts. The music is at least pretty great, with a strong film score quality, and Croteam didn’t waste time after this game released.

They kept licensing the series to indie devs, and those indie projects have grown in complexity and ambition. They made a promising new franchise they seem quite dedicated to, building on failed ideas found here. They kept working on remasters, engaging with their fanbase, and making fun VR experiences. This was a misstep, but not a franchise killer. The DLC campaign they made for the game, which itself is another prequel, isn’t great, but you do get the sniper rifle back. All in all, Serious Sam 3 is a game that’s extremely difficult to recommend, but it’s not really hate worthy. It’s more a reminder that not everything goes to plan with game projects like these, and it makes you appreciate when things go right all the more. 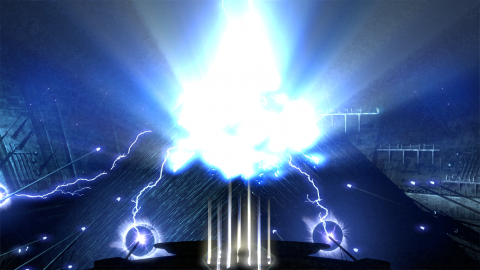 Serious Sam 4 is sent to be yet another prequel for some reason, but with the time Croteam has taken with it and how strong their work has been since 2011, it’s safe to say it will be a much better time than this awkward misstep. Sam ain’t done yet.