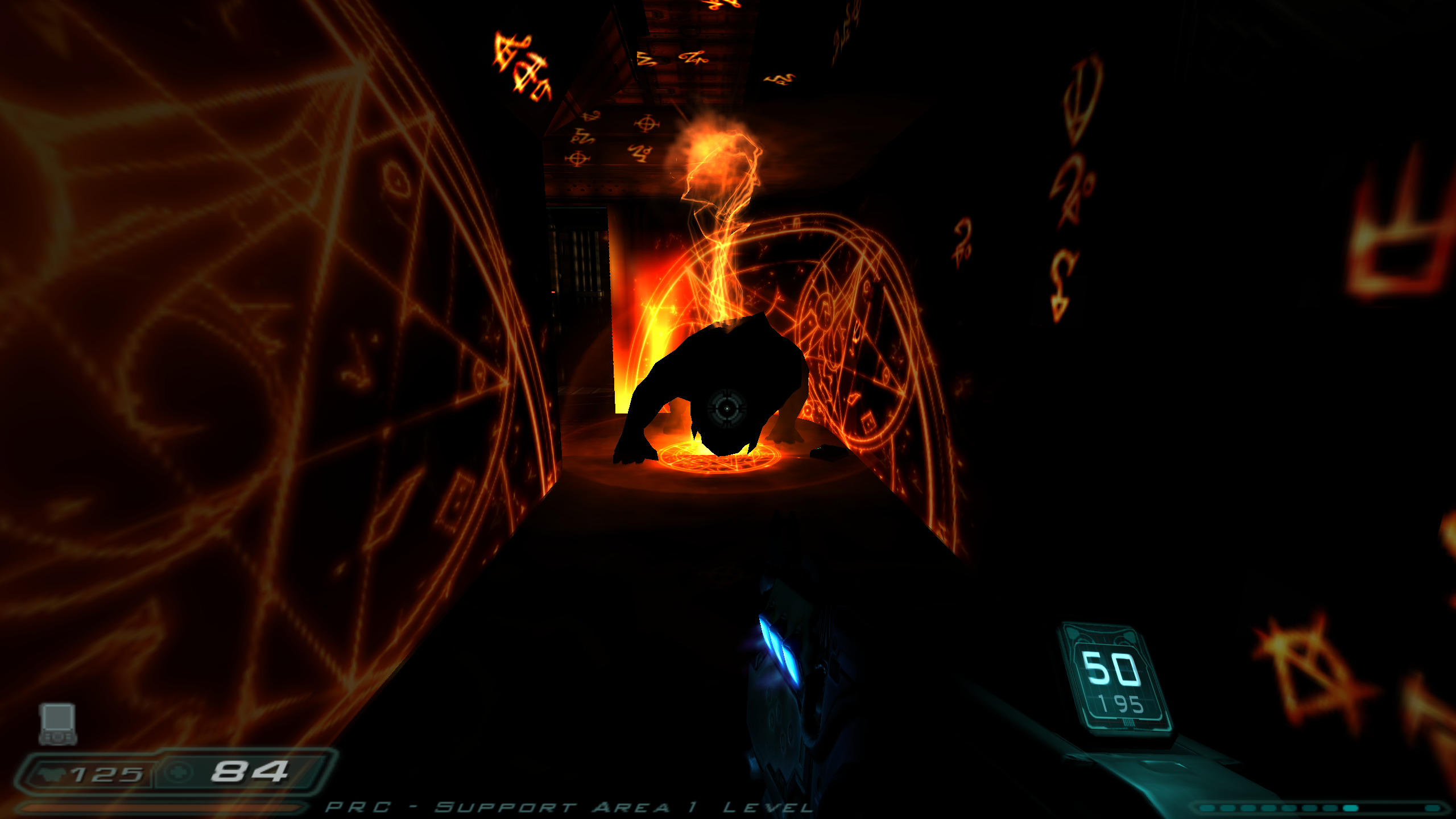 Note: Screens, unless stated otherwise, were taken with the fan made source port dhewm3, which mainly gives support for higher resolutions while keeping the original look intact

Perhaps DOOM was over-saturated in the late 1990s, as id moved away from the series to focused on Quake, while receiving competition from games like Duke Nukem 3D and Unreal, fighting them off with personality and rival deathmatching goodness. The series would finally return in 2004 to push Id’s newest engine, taking into account major technological improvements and adding in the “Carmack’s Reverse” shadow tech that would make this game unique. While Id credits were still kind of a mess, the creative lead this time was said to be by many to be Tim Willits, who joined the company towards the end of their DOOM projects and into their big Quake change over, where he worked mainly as a mapper. He ended up in a major role at the company and stayed there longer than any of the other old guard, only leaving in 2019 to join Saber Interactive, where he now heads former competitor 3D Realms after Saber purchased them. We’ll see more of Willits creative stamp with RAGE later, but for now, we’ll be looking at the first project he had a lead role on. 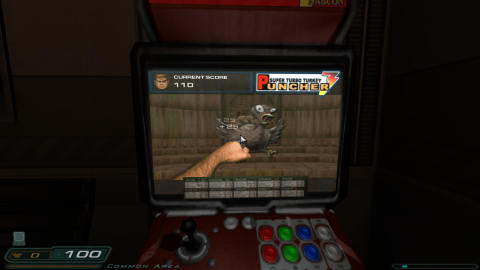 This is probably the single most contentious entry in the franchise, mainly because it was a new take on Doom that never really got fans to latch to it down the line. It feels like Willits and team went back to the Doom bible and decided to try Tom Hall’s idea of a narrative based horror game, mixing it with traditional FPS gameplay filtered through the modern Half-Life inspired trends. It would be a reboot point for Doom as a series, even though it was called Doom 3. As the game was previewed, hype built up fast due to the beautiful shadow work of Carmack’s new Id Tech 4 engine, and the game went over well at release. It was Id’s best seller at the time, but not everyone dug what it was doing. Even some of Id’s big shots were iffy on even doing this project, mainly Kevin Cloud and Adrian Carmack, and the rest of the studio had to fight for it.

It’s a more fleshed out set up of the original game, with a space marine arriving on Mars for military service. The wrinkle this time is that we have a main scientist named Dr. Betruger, who is very clearly the villain, your commanding Sergeant over the radio, and a third party group from the UAC (United Aerospace Corporation, the governing power of the Doom franchise) traveling through the base on their own independent investigation when things go to Hell – literally. After being tasked with bringing back a scientist who broke into an abandoned comm section, you find out he’s trying to send a warning about Betruger’s teleportation experiments that lead to them finding and screwing with Hell, which, within the next second, has decided to screw back. You have to get through the gore splattered base and figure out what’s happening, why, and what to do about it, with various twists and turns. It really gets fun when Betruger starts talking to you constantly in the late game, his actor Philip Lewis Clarke just having a ball hamming it up. 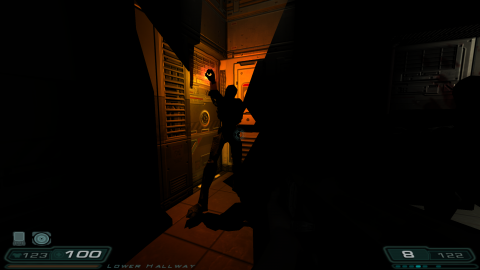 There’s a lot more original game DNA here than you’d expect. Doom 3 is very horizontal in its design, with only a scant few bits of verticality heavy moments. Even flying enemies often come at you in compact hallways. The monster roster is almost entirely from the original game, with a touch of Doom II demons mixed in, all of them changed up in small ways to give them a different rhythm to match the new horror action focus. The early introduction of the imps will quickly inform you, as their fireballs are now lobbed as small explosives and a new leaping attack that the game likes them to use right when you encounter one by opening a door. New enemies are various variations of this sort of design, having their own tricks, attacks, and rhythms.

However, the foundations are still there, often shaken up by your new arsenal. You now have a machine gun in-between the pistol and chaingun, the latter having a wind up. The plasma gun is now the absolute best of your set, able to chew through higher tier enemies when your bullet weapons won’t do it, and also takes advantage of the new way projectiles work. You can shoot enemy fireballs, rockets, and energy blasts to blow them apart, which severely limits the threat of cacodemons and revenants. Due to plasma shots being so large, they have a higher chance of hitting a projectile and counter them much easier. To balance that, you now only have one shotgun with a weak spread, meaning you have to conserve better ammo by getting up close and personal with shotgun blasts. 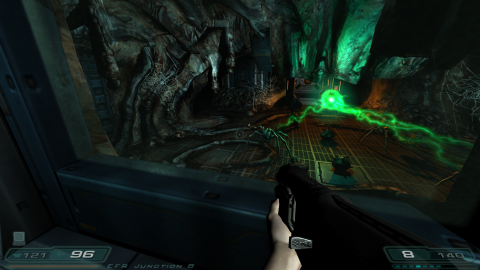 The shotgun has RNG damage with a wider range to it than any other gun in the series, so it is also important to master use of the sprint button early, balancing your new stamina meter with your need to move fast to dodge enemies and get in before a demon has a chance to let off an attack. The BFG and rocket launcher work as you’d expect (though you can now charge the BFG for stronger blasts, but it can backfire if held too long), and you can also collect useful hand grenades. Just be warned they have a tendency to bounce around too much. There’s also the late game weapon called the soul cube, which lets you destroy any demon you aim at after defeating five other enemies, which then heals you after. A possible inspiration for Duke Nukem Forever‘s execution system and Doom 2016‘s glory kills, perhaps?

There are also three melee weapons. Along with your weak fists you should never use outside the two times the campaign has a berserk power-up and the returning chainsaw acting just as you remember (though with many enemies resistant to stun lock), you have the flashlight. Because Doom 3 is such a dark game most of the time, you often find yourself having to break out the flashlight just to see what lies behind some thick shadows. This is a major point of frustration for a lot of people, but there’s only a handful of moments where darkness is used unfairly. Truth is you don’t have to use your flashlight for dark areas all the time. What you really need to figure out is enemy sound cues and how to look for silhouettes and little visual tells like red eyes. Once again, the imp nails this home early with its fireball attack, creating a sphere of light that illuminates it briefly before it throws it. 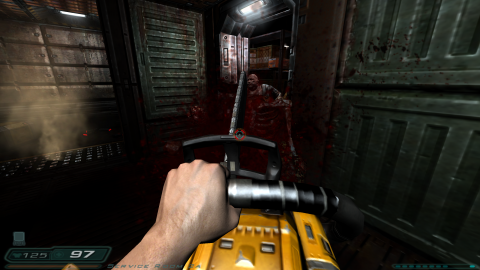 This is what makes Doom 3 such a divisive game. Because of the focus on reaction to threats out of your view, Doom 3 is a slower paced game trying to go for thick tension over chaotic action. YouTube reviewer LGR once described the game as “conveying the feeling of being in a nightmare.” Not in a scary sense, mind you, but in a way of that feeling of constant stress and pressure left on you through the experience. It’s an accurate summary, the game constantly putting you in rough situations and having you deal with them as you get deeper and deeper into the gore. The Half-Life style linear pacing makes this mood possible, leaving you often struggling with shifting situations. Where Doom 64 was focused on the surrounding atmosphere in a classic package, Doom 3 tries to add another layer design wise, and mostly succeeds outside the odd moments where you get used to the rhythm before the next new beat leaves you frantic. It also suffers from the fairly easy bosses, of which there are very few of.

There were a few missteps in there common from the era, sadly. The big one is the obsession with audio logs in a game without subtitles, focusing heavily on the novelty of professional voice actors (including the ever-present Steven Blum) without taking into account how it flows into the game. The logs go on way too long and offer little in the way of world building or character details, but you need to listen to them to get locker and door codes to stay stocked up on your best ammo. Just grab a cheat sheet with the codes and ignore them. The armor system is also weird, barely soaking any damage to the point you’ll never run out of armor before health. Raven’s Quake 4 would later iron out some of these issues with structure changes and mechanical tweaks. 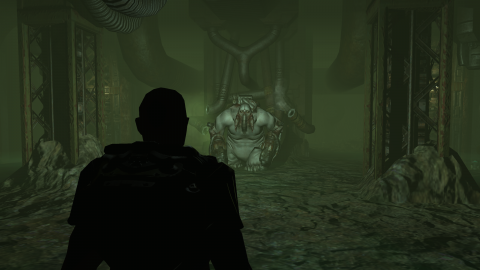 At the time of release, only the Xbox had the horsepower to run the game. It’s a compromised port that simplifies some level layouts and has a dodgy framerate, but as with all console ports, considering it’s running on hardware a fraction of the price than a beefy PC, it’s actually pretty laudable. The Xbox version had a co-op mode unique to it that is no longer available, and it was never moved to any other versions. There was an additional campaign called Resurrection of Evil released, developed by Nerve Software, as a direct sequel, where the villain actually gets finished off, it’s lukewarm at best. It’s most unique feature was a physics gun clearly ripped from Half-Life 2, and not much else. It also starred a completely different marine, for some strange reason.

There’s also the BFG Edition released in 2012, released on the PlayStation 3, Xbox 360 and PCs, which includes the extra campaign and a new one called Lost Mission starring a marine from Bravo team in the main story who goes on a parallel mission to close a hell gate. It also came with The Ultimate Doom and Doom II. If you get the game on a modern console, it will be this version, just without the deathmatching multiplayer mode, and the PS4 version has VR. If you own a PC, you’re also probably better off avoiding it. This version makes a ton of changes, some good like better textures, and others not so much. 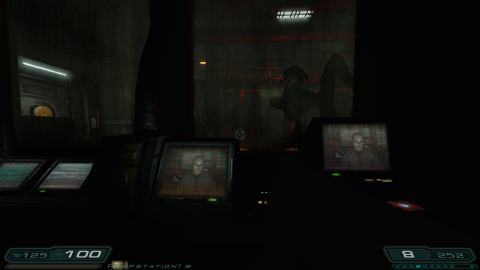 A toggle flashlight on your suit, brighter lighting, more light sources, and increased ammo gets from pick-ups completely borks the game’s mood, and also reveals a bit too much of the demons. They have good designs, but they were made for darker lighting that hid their poor texture and polygonal structures. It also has some fairly perilous install bugs. It may be better to use dhewm3 to give the game widescreen and higher res support. PS4 owners, however, you may wanna try that version just for the VR, which was surprisingly well received.

There was a rail shooter for smartphones called Doom Resurrection that was set during the events of Doom 3 starring yet another marine.  Doom 3 was also the style base for the first Doom movie and the DVD original Doom: Annihilation. Neither is recommended, the first is almost ashamed to be a Doom movie and has bad no ideas revolving around evil DNA, while the second lacks the time or budget to meet its ambitions, though the spirit is buried in there. 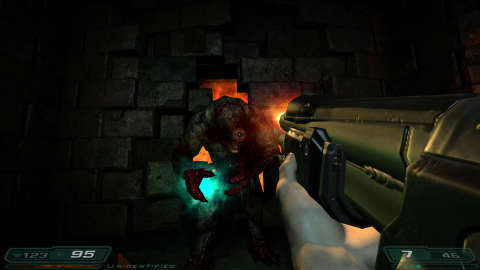 Doom 3 nails a lot of the main Doom elements, but that slower pace really did not work for the most true of the true doom murderheads. This will be important later, but before we get there, we first need to take a look at what Carmack was doing at this time besides working on Id Tech 5. Turns out, he and his wife were making RPGs…in java. For phones. The first and last ones, as it turned out, were Doom RPGs. 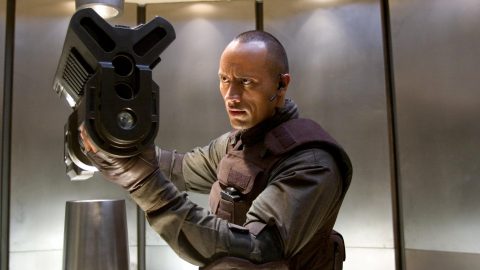 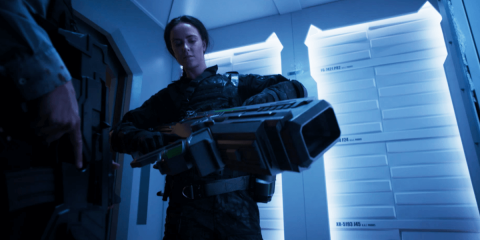 Doomgal with a BFG in Doom: Annihilation 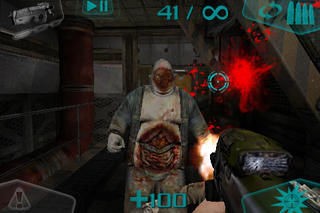 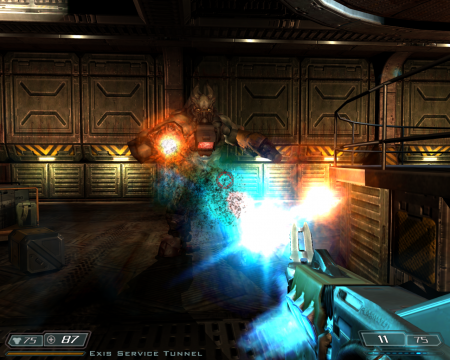 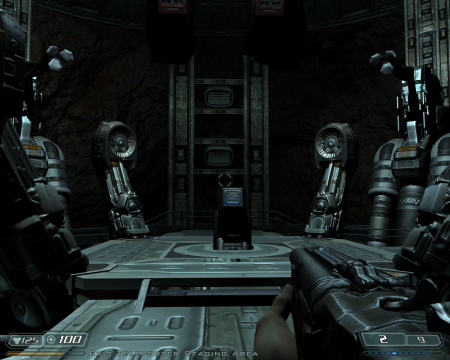 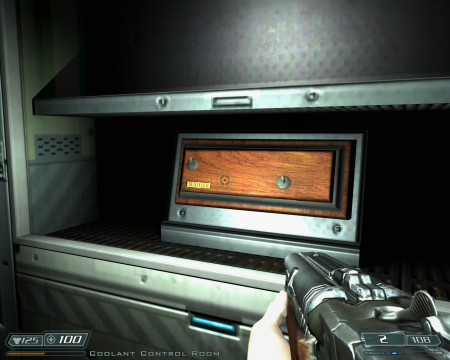 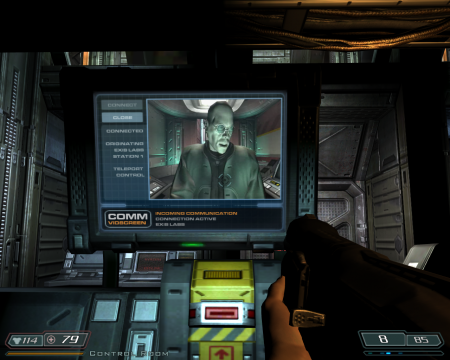 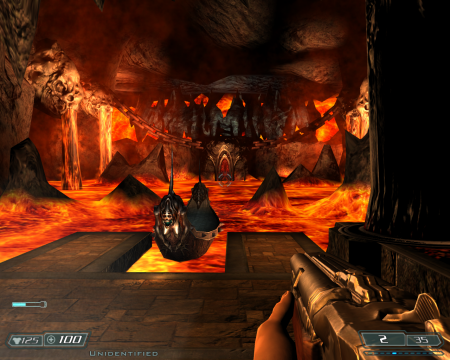 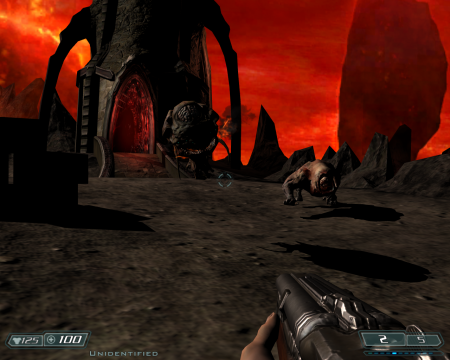