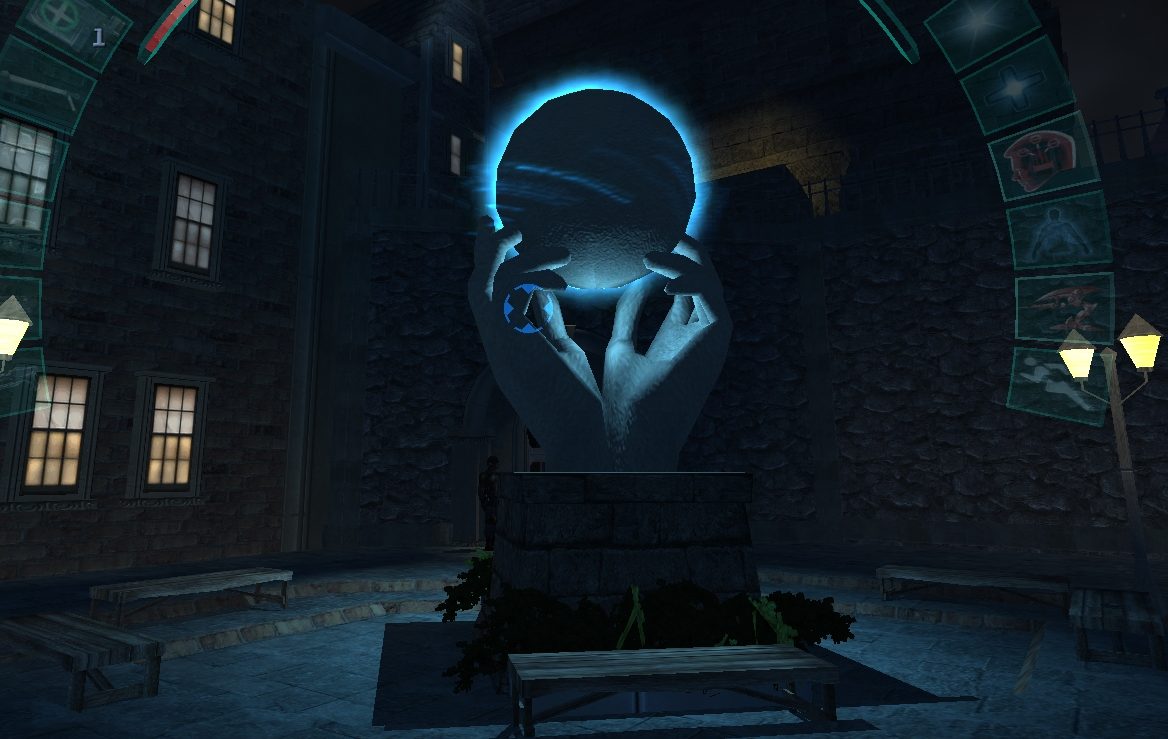 Deus Ex: Invisible War is widely considered to be a disappointing sequel. The main complaint directed at the game is that it is dumbed down when compared to the complexity of the original. There is truth to this statement, as the game is clearly simplified: there are no skills or experience points – character building is done through augmentations only – all items take the same amount of inventory space, there’s no need to type in passwords and key codes, there is only one health bar as opposed to each body part having a separate one, all guns use the same ammo (without the need reload) and the functionality of the lockpick and multitool has been merged. Many of those changes are for the worse, some (e.g. merging lockpick and multitool) are for the better, but none of them really break the game. When judged by its own merits, Invisible War is a decent mix between a first-person shooter and a stealth game, and it probably wouldn’t be so controversial if it wasn’t a sequel to Deus Ex. The game pales in comparison to its predecessor and even if some of the hate it got is undeserved, it’s funny to see that a few years later the far more drastic gameplay simplification in franchises such as Fallout or The Elder Scrolls would go largely ignored by everyone except the most hardcore fans. 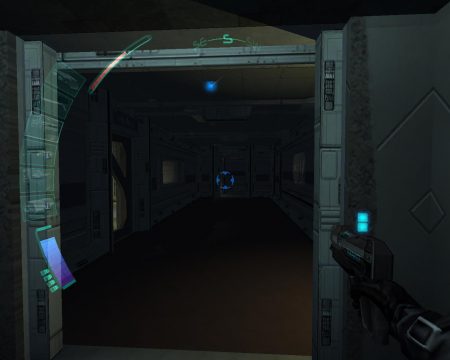 While Deus Ex was first developed for the PC and adjusted to the PlayStation 2 later, it seems that Ion Storm wanted Invisible War to give players the same experience on every platform. While it may sound like a good idea on paper, Deus Ex was a game that relied on mouse and keyboard interface and large, interconnected levels. Invisible War, in order to prevent a portion of players from having a better experience than others, makes everyone play the worst possible version. The controller focus might be annoying for those used to the first game’s control scheme, but it’s mostly about the interface: there are less menus to go through, there’s no built-in note-taking and, annoyingly, the in-game computers can’t be operated with a mouse (moving it causes the character to look away from the machine). The only controls-related change that really affects the gameplay is the removal of leaning out of cover, which unfortunately makes a stealthy approach more of a trial and error affair. A bigger problem are the smaller levels, which are not nearly as complex as in the first Deus Ex and frequently interrupted by loading screens. 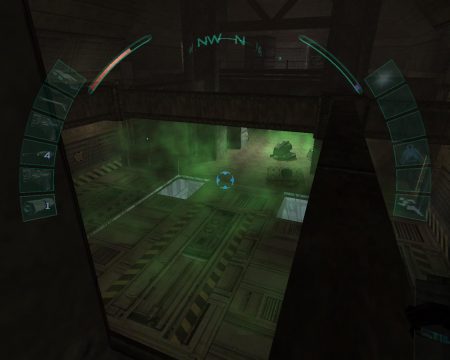 The changes made to the formula make Invisible War less compelling but the game is not as big of a departure from the style of the original as one could think. The levels still have many (though not as many) ways to go through them with the player being able to fight the enemies, sneak, hack and sometimes just bribe people. Invisible War tries to increase its non-linearity by the players multiple sidequests and having many missions have different solutions – more often than not, each primary goal is attached to one of the factions and works against the interests of all the others. 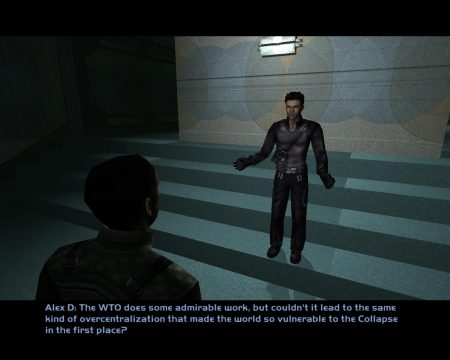 The story of Invisible War focuses on Alex D., a character who actually appears near the end of the first Deus Ex, but is very easy to miss there. The game at first appears to take place after the ‘new dark age’ ending of its predecessor, but as the plot progresses, it is revealed that it was actually a combination of all three endings. The world did fracture into independent city-states, but the Illuminati still try to rule everyone from the shadows and Helios is still somewhere out there. The major players in the global politics are The Order (a syncretic religious organization with strong anti-consumerist leanings), the World Trade Organization and the restored Knights Templar (which have nothing to do with either the real Templars or the proto-Illuminati shadowy bankers from the previous game, instead being a group of fanatics violently opposed to the idea of augmentation – or, as this game calls it, biomodification), while the criminal underworld is filled with gangsters, heavily augmented post-humans known as Omar and, for some reason, two chains of coffee shops which fight each other using every dirty trick possible. Of course this is a Deus Ex game, so underneath this facade is a complicated network of secret societies, double agents and other conspiracies. 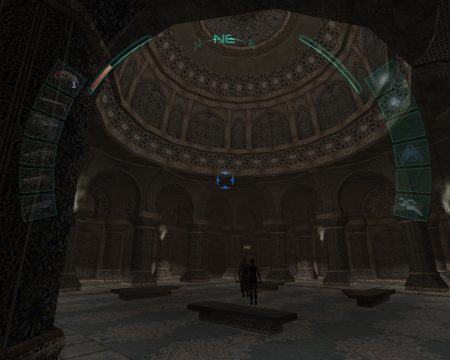 Unfortunately, the plot of Invisible War is not as good as that of the first Deus Ex. While all the elements – conspiracies, philosophy, politics, literary references, multiple endings with no obvious right choice – are technically there, the execution leaves a lot to be desired. The most obvious problem is that – despite many added choices – there is little consequence to anything. The characters are less fleshed out and mostly there just to give you orders or shoot you on sight and the choice between choosing one faction over the other doesn’t have any repercussions other than different dialog after finishing a mission – you won’t make former friends hostile by working for their enemies and consistently doing missions for one group won’t lock you out of getting assignments from the others later. The ending is once again based on a choice made in the last level, but this becomes quite jarring in a game where you have to constantly pick a side. 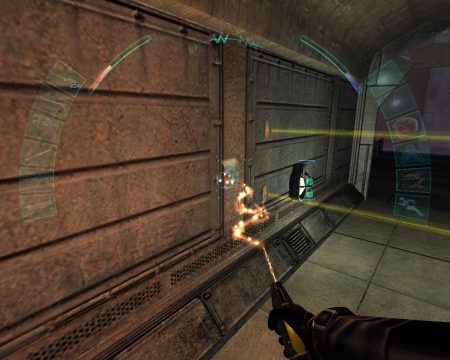 Another of Invisible War‘s problems is subtlety, or rather the lack thereof. The most obvious example are the aforementioned Templars – while in the first game, none of the people you could side with in the end were truly and irredeemably evil, this time the Templars are such obvious bad guys that it borders on caricature. It doesn’t help that the story progresses in a very abrupt way due to the fact that a fairly complex plot is crammed into a game far shorter than its predecessor – not only are there fewer locations than in the first Deus Ex, the further you get into the game the lesser is to do in them. Seattle and Cairo have quite a few optional quests, but from Trier onwards, the game focuses almost exclusively on the main story. 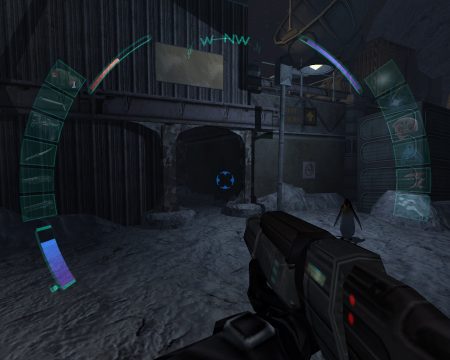 Invisible War improves upon the lackluster graphics of the original. This time, the game actually looks good, and while some of the animations (especially of people talking) have aged poorly, most of it is still pretty serviceable. The biggest complaint about the visual has to be that a lot time is spent in samey futuristic corridors, as this is where most of the missions take place. The game does have some nice locations and environments (e.g. the mosque in Cairo), it’s just that they’re less important from a gameplay perspective. 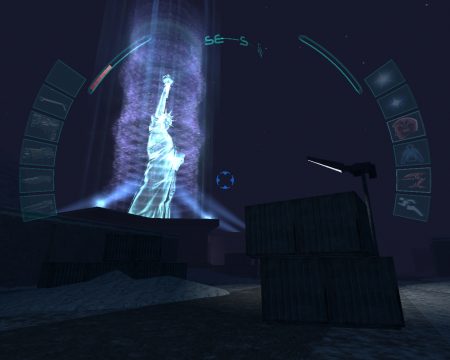 In the sound department, Invisible War is generally mediocre and unimpressive. The sound effects are good enough, but there’s very little music in the game and most of it is pretty mediocre. Like in the first game, the track in the main menu is the best one, but this time it’s because this is actually a variation on the main menu theme from the first Deus Ex. The voice acting is also quite bland, which for some might be an improvement over the exaggerated accents of Deus Ex, but in the end it’s just much less memorable – neither good enough nor so-bad-it’s-good. 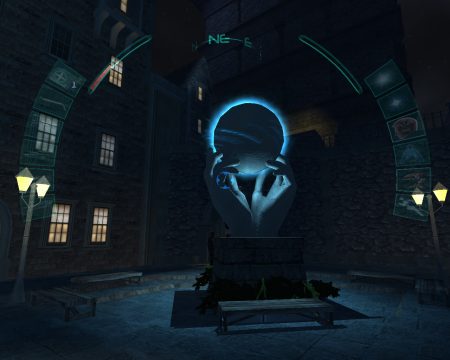 Invisible War was a rather buggy game at release (not to mention the widely hated SecuROM DRM) but it’s nothing compared to the problems that can be encountered on modern systems. The game has issues with crashes and hangups, some of which can be solved by applying official and fan-made patches or setting compatibility to Windows 2000. Unfortunately, this doesn’t work for the conflict between the game and the newer versions of Realtek audio drivers, which causes it to stop responding on every single loading screen. While it doesn’t make the game completely unplayable – if the process is killed, Ion Launcher will start it after a few minutes as if loading succeeded – but it makes playing it much more annoying, as it basically means that each loading (and there are a lot of them) takes considerably more time. The problem is not fixed in the versions available on Steam and GOG.com. 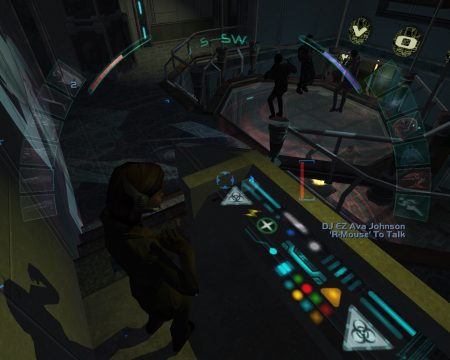 Generally speaking, Deus Ex: Invisible War is not a disaster. It is an all-around decent shooter and stealth game – which, unfortunately, is not enough for a sequel to a classic such as the original Deus Ex. It’s the game that crosses the line between streamlining and dumbing down, resulting in a less deep and less rich experience. Fans of stealth games and shooters might have good time with it and it’s worth playing if you’re really interested in what happens after Deus Ex (although the original works well as a self-contained story), but if you want an experience similar to the first, you’ll be disappointed.