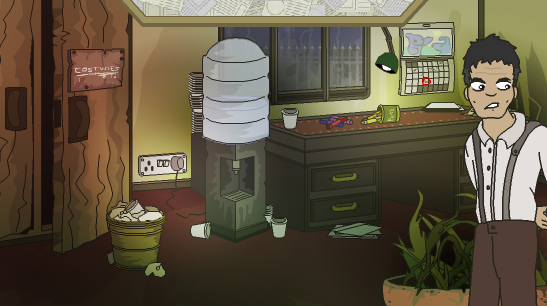 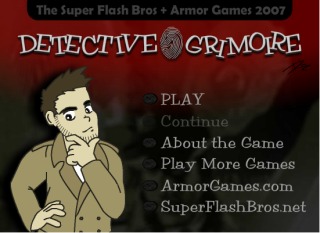 It’s astounding just how much people take the days of Flash gaming for granted. The innovation of Flash lead to a creative explosion on the internet that lasted over a decade, allowing all sorts of people to make animation and games and spread them far and wide with ease. A lot of those young creators from the day still hang around, and a good few have made names for themselves.

Take the Super Flash Bros, who, for a significant period of the early 2000s, were considered mainstays of the world of gaming humor. Their Decline of Videogaming series perfectly encapsulates an era where people in the medium were starting to get more abrasive about how developers and publishers treated the playing public, and started to become far more aware of the constant barrage of clichés. They also made games, and they still do to this day. There was one particular game of note they did that ended up being revisited as a commercial release, and one we may see continue on as a series in the coming years. That game was Detective Grimoire, and it was a huge deal when it was first released.

Despite looking so very… 2000s Flash. 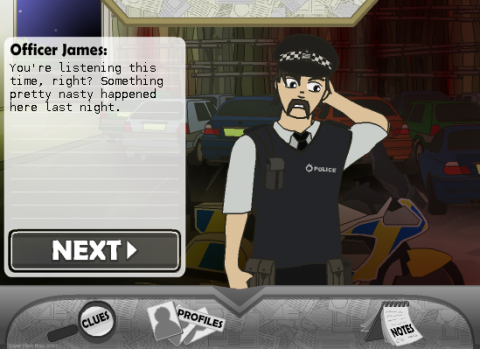 The original Detective Grimoire has aged better than you’d expect. Yes, it is butt ugly, but keep in mind that this was pre-2010 Flash gaming. Things were still very experimental, and few people complained much. After all, they were free games! And Detective Grimoire was a surprisingly complex project for its kind. The Ace Attorney series had been around for two years by this point, and you could definitely feel the influence. The difference is that instead of being a lawyer, you took the role of the gumshoe with some similar mechanics.

You’re cast in the role of the titular Detective Grimoire, an investigator working with the police to discover the killer in a case at a local circus. A cynical clown is suspect numero uno, but there are other possible suspects. After all, the victim of the crime was terrible at his job, so everyone may have a motive. Once you’re done investigating, you can piece together everything with Officer James, going through every detail and event to nail the real killer. 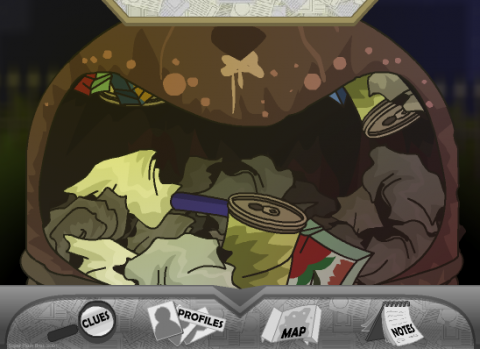 Text heavy Flash games weren’t usually particularly good at the time, mainly because nobody had a good base to work with. The Super Flash Bros overcame this by copying the style of the investigation segments of the Ace Attorney games, giving you suspect profiles, clues, screens to interact with to find more clues, and discussion topics with every character. Good decision on the whole, allowing the creators to focus on the writing over trying to get the actual gameplay to be engaging. There was one new mechanic added where you have to stare down a suspect at the right time to uncover a secret, but it was abandoned in the next game for good reason. Not only does it make little sense in how it’s implemented, it only serves to be a very dull QTE that feels out of place in a game designed around logic and reasoning. 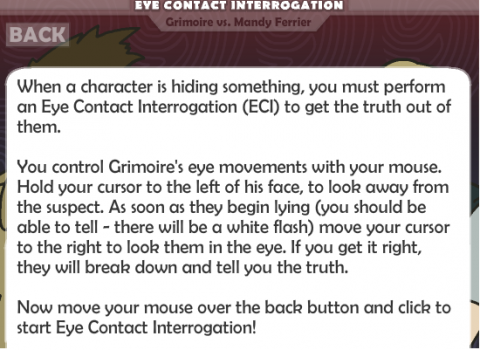 The actual writing and atmosphere is surprisingly sophisticated. The music is properly moody and the designs and backgrounds do a great job at sucking you into the world. There are little details to make everything feel more lived in, and every character has their own interesting ticks to make them stand out. The costumed entertainer is a weird jerk, the mechanic’s granddaughter has added back story related to her studies, the clown is constantly on the edge of losing his cool in a job where he ha to play a character, and so on. The stand out character is easily the head of the circus, a forgetful dope whom would leave his post early to catch a sci-fi show marathon. 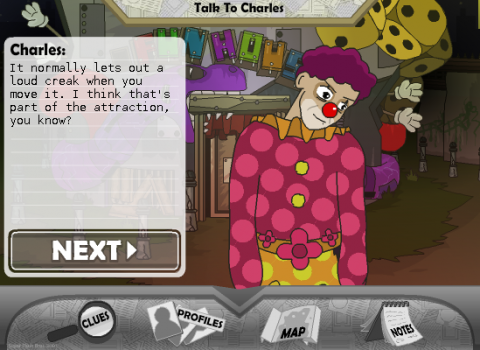 Notably, the tone is all over the map. The game can’t seem to decide if its darkly serious or weirdly wacky. This isn’t too uncommon for Flash titles from around this time. All these different animators and designers pretty much did whatever they wanted, usually with little thought on how to make it feel like a cohesive experience. Part of the appeal was seeing something strange, like Kirby eating people whole or random jump scares seeping their way into an animation. There was a series of games around done in South Park style about a gritty, realistic story where a hitman kills people, to give you an idea of the culture that surrounded Flash games. It was do whatever because why not, so nobody really thought too much about how the final project felt. It was all about what sounded cool or interesting. 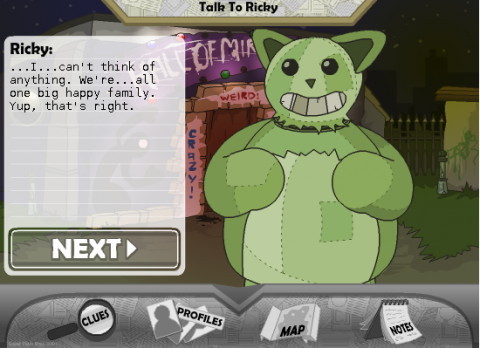 The ability to create new conversation topics by pressing people on clues or their thoughts on other people was definitely the stand out mechanic here, while the writing did the rest. There was a charm mixed with strong mechanics you didn’t really see at the time that made Detective Grimoire a cult phenomenon for a good while, and it still occasionally gets remembered today for what it accomplished. Not surprisingly, the Super Flash Bros would want to eventually follow up on their success here and make a proper full game for commercial release. In 2012, the Bros, renamed as SFB Games, launched a Kickstarter with a Flash demo for their new project idea, a massively reworked Detective Grimoire game with a new style. Flash forward to 2014… 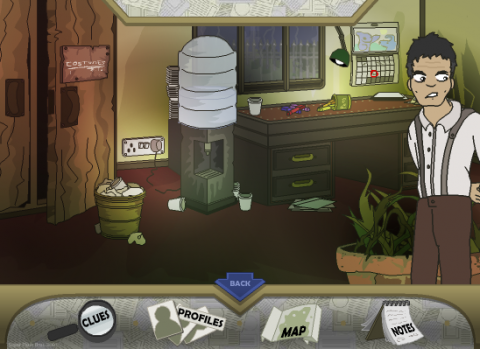