Amidst the clutter of sci-fi arcade shooters in the mid-1980s, companies needed to make their games stand out in some way. So, Taito had an idea for a new game – yes, there was still a spaceship, and yes, it still took place in outer space. However, instead of the usual aliens, you fight fish.

Yes, fish. Not regular, aquatic fish, but robotic fish with lasers equipped to their fins, giant metal teeth, and missiles firing from their gills. Not just fish, either. There are squid, snails, lobsters, octopi, sharks, and all manner of sea creatures, too. The plot is about the people of the planet Darius, who are being terrorized by the Belsar (sometimes spelled “Belser”) empire and their fleet of oceanic robots. Only the heroic pilots Proco and Tiat (which, when pieced together, is “Taito Corp” backwards) can save the day. The constant star of the Darius series is the Silver Hawk ship. Much like Gradius, it has a primary, forward firing weapon, along with bombs that can be used to attack vertically, and a shield.

The arcade Darius games also use a unique system that attach three monitors together, then reflect those images off mirrors, to create one seamless, massive, horizontal playing field (also used in The Ninja Warriors). Naturally, this couldn’t quite be replicated on consoles, so that gimmick is lost, but emulators can replicate the dimensions of the screen. 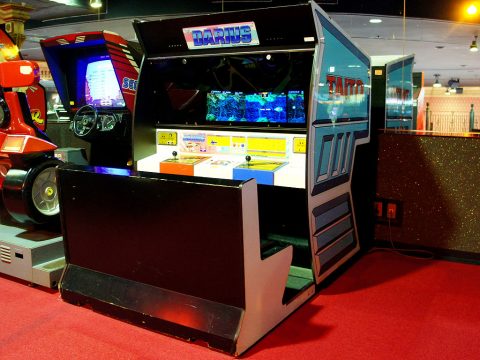 The other most distinctive element of the Darius games is its branching paths. After defeating a boss, you can choose your next level. There are 28 stages in total, though you only play through 7 in a single run. It adds tremendously to the replay value, especially since there are multiple endings, depending on which final zone you end up at. While most of the endings are pretty boring (variations of the ships escaping /landing/etc.), one particularly goofy one shows you, the player, sitting at an arcade cabinet and cheering victory after having beat the game. Alas, Darius adheres to the “quantity over quality” mantra. The levels are a bit dull, with little variation in the scenery, and just waves upon waves of enemies.

Your main gun is rather weak, and even popcorn enemies take several hits to destroy. There are colored orbs that let you upgrade your main gun (red), bombs (green), or shield (blue), dropped by enemies of the corresponding color, but each one only increases its power by a tiny bit. When you collect seven red orbs, you’ll upgrade to the next level, from missiles to lasers to wave beams. Get killed and you’ll lose all of your orbs on that level, and seeing that these orbs are in short supply, you might spend a vast majority of the game in an extremely weak state, unless you’re really good. Getting killed also sends you back to a checkpoint.

The music, however, is excellent. Composed by Hisayoshi “OGR” Ogura, it’s one of Taito’s first great soundtracks to come from Zuntata, the company’s in-house band. The most memorable theme is the first level song, “Captain Neo”, which was borrowed from a previous Taito shooter, Metal Soldier Isaac II.

Many Darius games saw revisions. For this one there’s an “Extra Version”, which tweaks the enemy layouts and weapon strengths, making it a bit easier.

Compared to later Darius games, the original is a bit dull, but its impressive when held up next to many other shooters from 1986. The bosses still look great (and many were designed by famed anime studio Tatsunoko). All of the Darius games have the same amusing boss introduction: a blaring siren with the message “WARNING! A huge battleship *boss name* is approaching fast”. 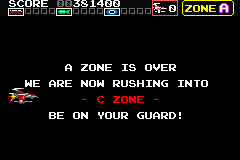 The first console port was for the PC Engine CD System, under the name Super Darius, ported by NEC Avenue. While the graphics had to be scaled down to fit on a TV screen, it actually works out pretty well. There’s no two-player mode, but you resurrect right where you die. The redbook audio soundtrack is taken directly from the arcade game. It also includes several new bosses, 26 in total, since many were repeated in the arcade game. This version was later converted to HuCard and released as Darius Plus. Other than the chiptune music and reduction of bosses from 26 to 16, it’s mostly identical. It also has compatibility with the SuperGrafx. While the game is laden with flicker and slowdown on the regular system, plugging it into a SuperGrafx will eliminate most of this. 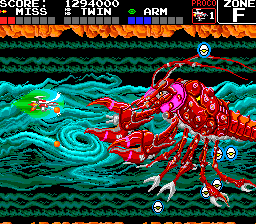 The most prestigious of the PC Engine Darius releases is Darius Alpha. Created as a contest award in vastly limited quantities, Darius Alpha is simply a boss rush, where you fight all of the bosses one after another until you lose all of your lives, getting powered up in between encounters. This is easily the most costly PC Engine title, typically valued at more than $1,000, even though it’s not even a full game. 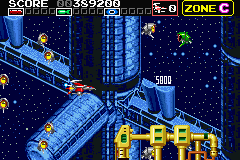 Darius hit the Game Boy Advance in 2001 in Japan under the name Darius R (the “R” stands for “Revival”). The graphics are mostly the same, having been brightened a bit, but approximately half of the levels have been cut. The music has been changed to include songs from all throughout the Darius series. The power-up system has been slightly tweaked so you need fewer orbs to gain a level. The screen proportions are out of whack on the tiny screen, especially the bosses, which now take up most of the viewing field.

There are three fan made X68000 ports – one called Darius, which is only the first boss; Darius Plus, which features the first zone and the first boss; and Darius Dokomade Tatakaemasuka (“How Far Can You Fight?”), which only consists of a boss rush. 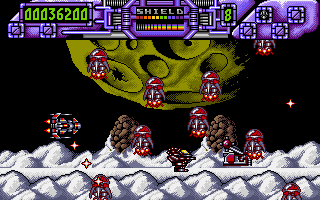 Developed by The Edge and published in 1989 for the Amiga, Atari ST, and ZX Spectrum, Darius+ is very unusual, in that it’s more of an adaptation than a straight port. The pace is a little slower. The weaponry system is different, in that you gain Options rather than bombs, and can even get an R-Type-like laser. You always begin each life with full shields. However, the large sprite size and overpowering amount of enemies makes this even more difficult than the original arcade game. 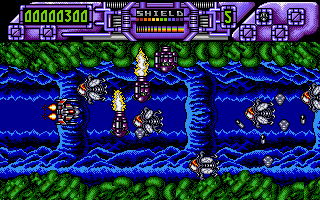 The visuals are completely different, looking closer to a homebrewed Amiga game, with a redesigned Silver Hawk and all new enemies. They’re garish, but the parallax scrolling is nice. The bosses have also been redrawn, but there are only five, compared to 11 in the original – even King Fossil is gone. They’re all fought against a generic background. There’s only one song that plays during the levels – “Captain Neo”. There are no real endings, either.Even though it’s interesting to see an alternate take on Darius (and the box art is rad), overall, it’s a very sloppy shooter. 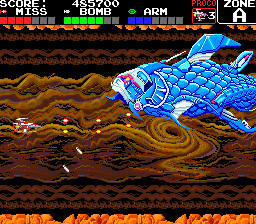 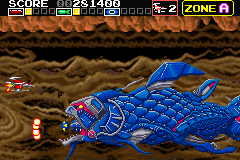 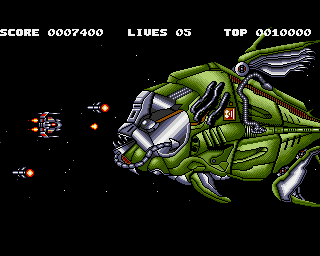