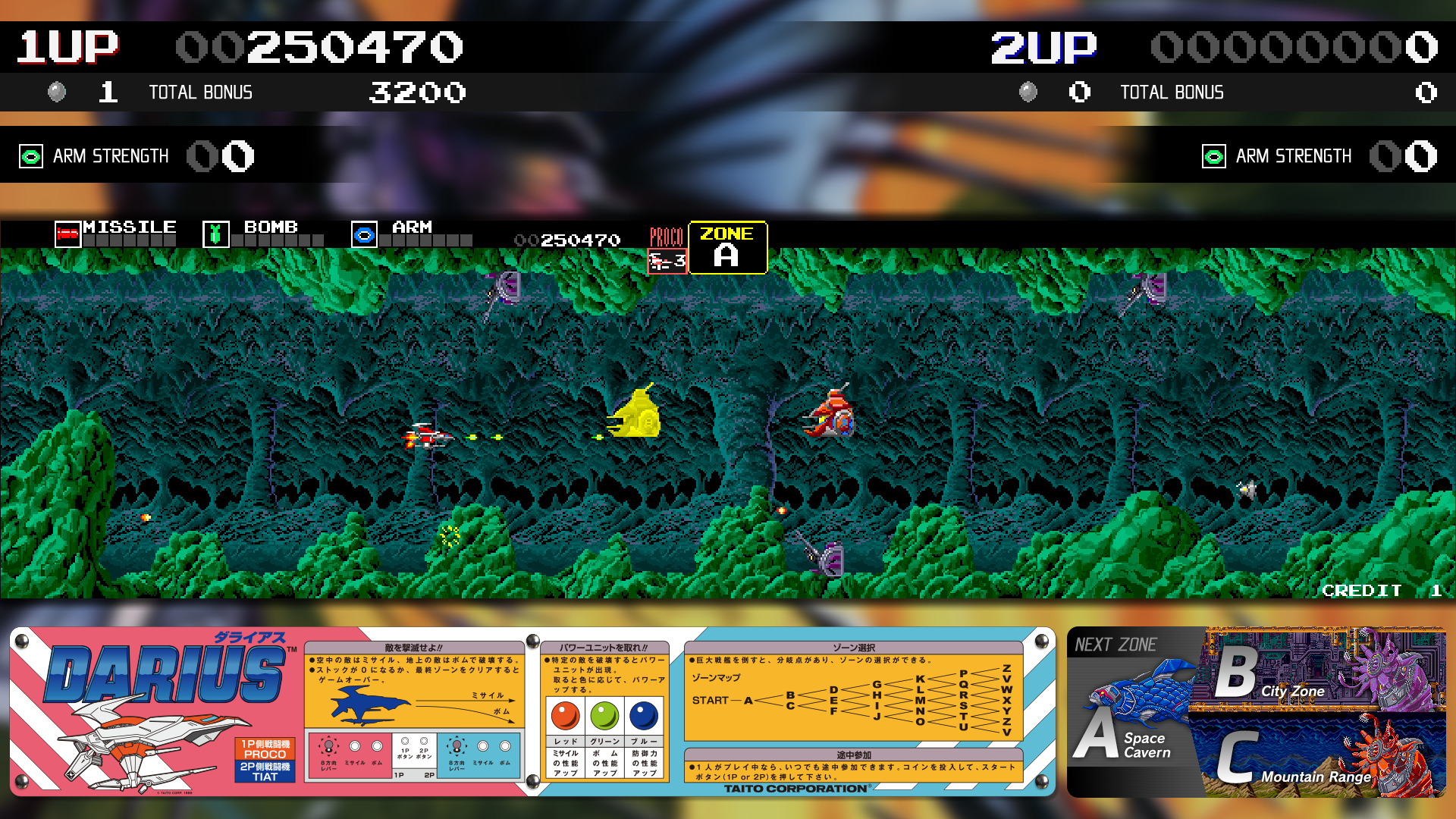 The Darius Cozmic Collection is a set of compilations of assorted Darius games. Reviews of all of the games included are already featured on HG101, so this article will just address the compilations themselves. 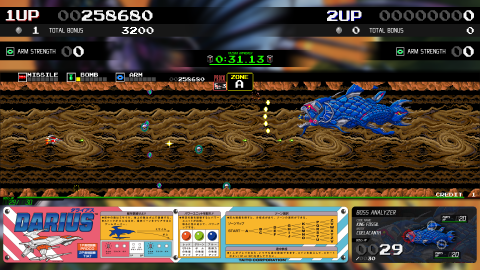 There are currently two sets (with a third announced for the future): 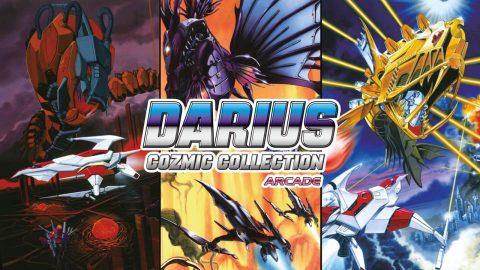 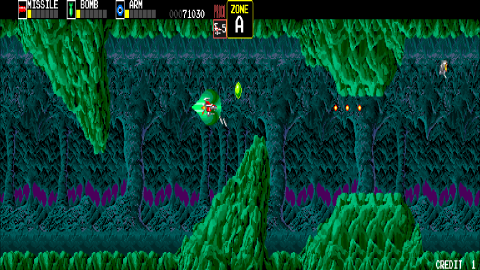 It’s a little tough to go back to the first Darius since its sequels are generally much better – particularly, your ship is too weak and takes too long to power up (even with the adjustments made in the revised versions), and the checkpoint system just doesn’t feel right for this kind of game. Still, while later Darius games got decent home ports, this one never got one beyond its (somewhat compromised) 16-bit versions – the PS4 Arcade Archives version is not available in North America and Europe, and it’s nice to have a proper three screen version outside of MAME. You can also squish everything to 16:9 if you want to fill the screen though obviously it’ll look all wrong (see above).

The Darius sequel. Also included are three version: the Japanese release, the overseas released known as Sagaia, which cuts out and shortens a number of levels (and also starts on a different first stage), and a revised Sagaia which just has a different level set but also cuts things out. It’s believed that the revised Sagaia was not actually distributed anywhere, and it’s not emulated in MAME, leaving it exclusive to this release, though it’s still a compromised version of the game so it’s only interesting from a historical perspective. 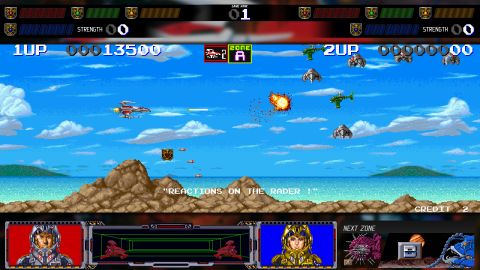 This sequel is quite an improvement over the original, if mostly because it makes your ships stronger. While there was a three screen version of the game released like the original Darius, only the two screen versions are included here. The Saturn port also had a neat function where you could zoom in and out of the action, which was pretty janky but also allowed you to fill the screen with the action; this function is missing here.

This is basically “Darius III” in all but name. There was only ever a single screen version produced, and there are no revisions or variations. But it’s also one of the best game in the series, that really leans into the trippiness to create a very dreamlike experience. There’s also an Extra Version of Darius Gaiden that changes the level order but it’s not included – it’s believed to be a third party ROM hack and may not be official anyway,

While they’re not advertised as such, these are basically part of the M2 Shottriggers series, which include other games like Battle Garegga, Sorcer Striker, and Dangun Feveron. The emulation is not only spot on but there are various widgets you can enable which show things like the stage map, boss life, rank, and other bits of info.

This is a pretty nice set, though it is a little pricey – despite the variations, you’re really only getting three games here, and at $45 USD, it’s about twice as expensive as if these had been released on by the Hamster Arcade Archives (which are normally priced at $8 each). Only the first Darius was released under this banner though, and only in Japan and Asia. 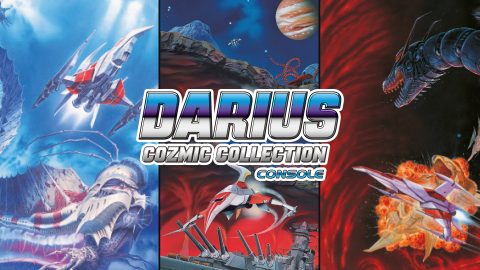 A decent port of the original Darius, though this is the HuCard version that removes some of the bosses.

A fairly decent port of the arcade game.

A European/Australian-exclusive port for Sega’s 8-bit system. Obviously downgraded from the other versions but it’s very well done considering the hardware.

The first home exclusive Darius, which is fairly average, as it loses some of its luster without the multiscreen gimmick, and there’s not much interesting to make up for it.

Another home exclusive Darius. Better than its predecessor but still rather middling.

The big hits on this release are Darius Alpha, since it’s extraordinarily expensive to purchase due to its rarity, and the SMS Sagaia, since it’s also relatively obscure.

However, it is missing some things. There was a CD-ROM version of Super Darius which includes all of the bosses (and some extras) as well as arcade perfect music; this was included on the TurboGrafx-16/PC Engine Mini console but missing here. Also excluded is Super Darius II, the PC Engine Super CD port of the second game. It’s not particularly popular with fans due to its awkward proportions but it would’ve been nice to include, especially due to its excellent (if drastically rearranged/altered) redbook audio soundtrack. The Genesis/Mega Drive Mini also had an exclusive original console port of the first Darius, which was basically an official homebrew – that’s missing here. The Japanese version also included the Game Boy version of Sagaia, itself drastically different from the game it’s based on, though it was only available as a preorder bonus through specific retailers. That’s missing from the international release too..

This might seem unnecessarily picky, but the Darius Cozmic Collection Console is also priced at $60 USD, and for that price, you’d expect something comprehensive, and this is definitely not. Plus, most of the games in this package are either just downgraded ports of arcade games (if generally well down downgrades) or the console exclusive entries that just aren’t that great. It’s hard to recommend for all but the most devoted Darius fans.

There’s also a third collection called Darius Cozmic Revelation, not yet released, that’s scheduled to include an HD port of G-Darius (which is one of the best games in the series) and Dariusburst EX: Another Chronicle +, which is some kind of variation of the arcade game which received a drastically expanded port in 2015 as Dariusburst Chronicle Saviours.