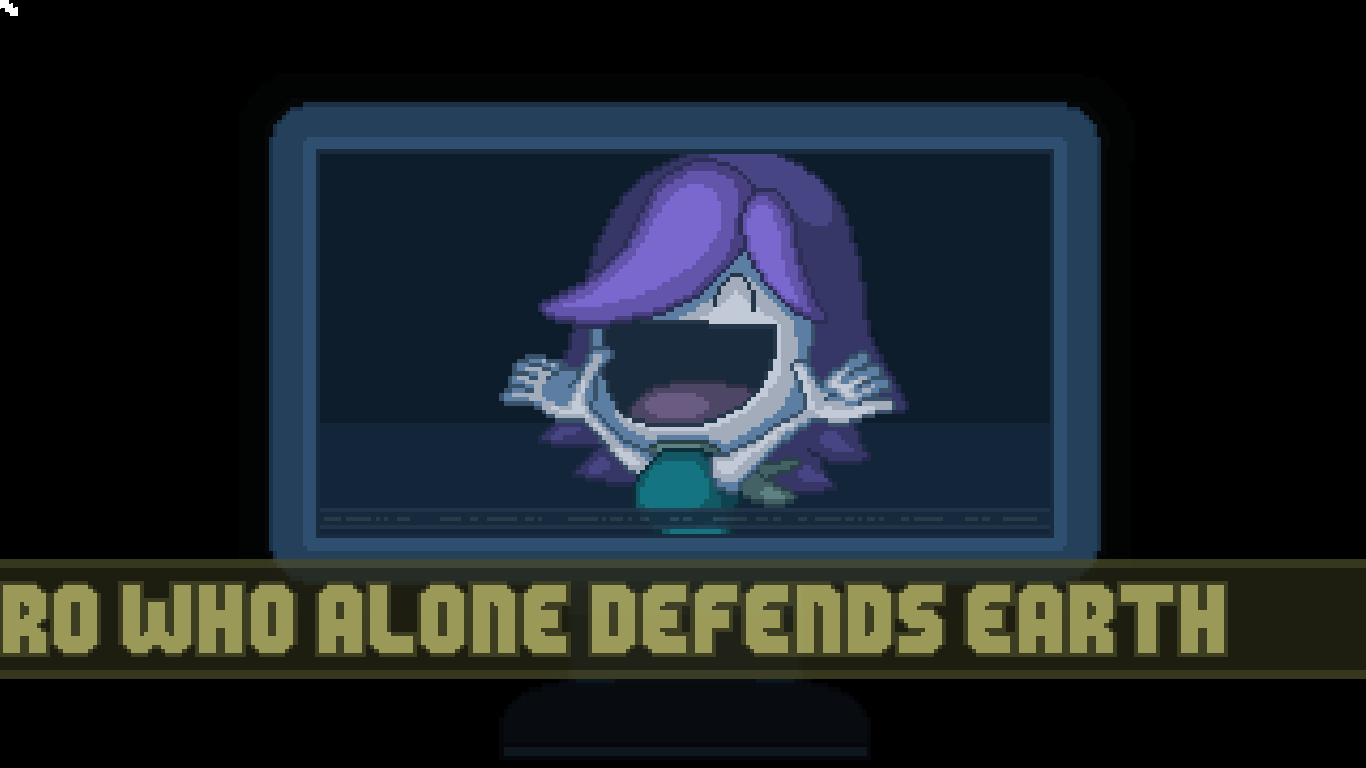 When we usually get sequels, we see games that add more to the already existing formula. They see what worked from the first game, iron out some bugs, and just put in more and more to satisfy the player. Bleed 2 doesn’t do this. In fact, it feels just a tad shorter than the last game. However, what it does offer blows every single aspect of the first game out of the water. Gone is the original hit list structure and shop system, and gone is the lack of a cohesive personality. No more is the focus on long platforming levels. What Bleed 2 has become is a blood-pumping thrill ride filled with bosses upon bosses, each and every one finding new ways to test you, with a new deflection system to turn this into a borderline bullet hell. 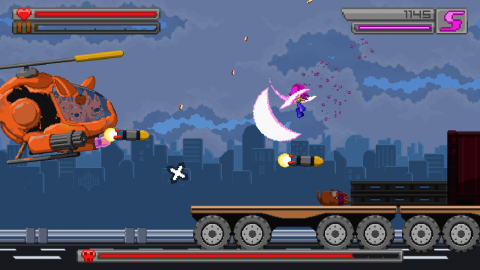 Now that Wryn is the world’s hero, it would stand she has to face a villain. This villain appears in the form of a powerful psychic woman leading an armada of galactic scum to take Wryn down, blasting her home city to draw her out. The entire game is a fight through her forces and warship, with the occasional help of the rival from the end of the first game, tossing out meta gags for sheer thrills until the last section of the game.

Instead of facing areas controlled by heroes on Wryn’s hit list, each stage is a new part of an on-going story, getting Wryn closer and closer to the villain for a final battle. This change in structure is brilliant, taking more inspiration from old arcade classics and having every stage feed into the next for one single goal, doubling down on the spectacle and stakes the more things change. While everything starts on the rooftops as you fight minions, they eventually move to a sky platforming area as you try boarding a ship and eventually a fiery escape. All the while, you’re constantly challenged by an endless army of bosses. 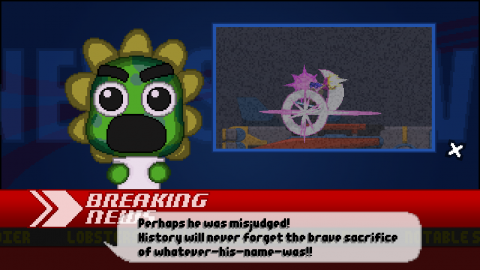 Bleed 2 has roughly 25 bosses (!) and makes sure that every single one is memorable in some fashion. You’re bombarded with samurai, bounty hunters, mechs and all sorts of crazy stuff, each encounter wildly different from the last. There’s even three boss gauntlets (!!) all back to back (!!!!) with the original bosses of the first game, a multi-stage fight with the big bad, and a mech rush, almost every single one a new enemy. What makes every single one of these fights so special is that not only do they perfectly compliment the series’ signature slow-mo mechanic, but also the new central mechanic – deflection.

Wryn starts with a gun and a katana. The gun works like the starting dual pistols from the first game, but the katana can be used to deflect purple bullets when used. What this results in are streams of bullets that can either be dodged, slashed through in select spots, or even turned into new ways to deal damage. You can even do counters on bosses that use melee attacks when they flash purple, getting a massive hit in with the proper timing. The samurai battle makes great use of this mechanic, and then it starts becoming central to every fight after. 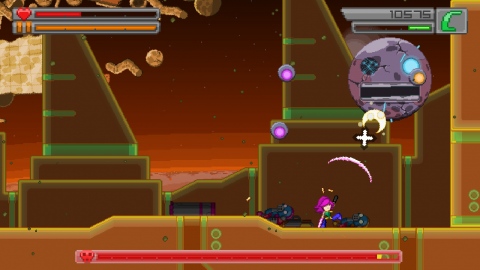 This addition of counter moves makes the combat pop in ways the original couldn’t quite do, and the absurd amount of bosses finally gives the franchise an identity: flashy, pointless chaos. Where the first game just sort of used video game level staples, this game sticks with one alien invasion theme and just throws whatever sounds cool right at you. Nothing happens with a sense of reason or logic, it simply does because, hey, wouldn’t it be cool if you fought a rocket shooting mech by hoping on his rockets or had a duel with a samurai on a flying truck? All the while, every fight has some sort of new twist or gimmick to it, with the final battle with the villain standing out through the use of the seemingly useless taunt mechanic suddenly becoming vital.

There’s still plenty to unlock as well, from characters with new play styles to new weapons to experiment with. The only major difference now is that they unlock through play, not by collecting currency, which fits the whole pace of the game much better. It’s not a game about meaning a singular goal, but one of mastery, replaying it as much as you want and seeing what new impressive feats you can pull off. Bleed 2 understands what made those arcade action classics you’d see from SNK or the like so addictive, cutting the first’s fat and replacing it with more explosions and battles. It’s not an expansion, it’s a refinement, and one hell of a refinement at that. Add in the beautiful sprite work and fantastic beats from Jukio Kallio (seriously, Bleed Harder is a JAM) and there is absolutely no reason to not check this out, especially with the multiple difficulty settings. If this game came out in the arcade back in the day, it would have been one of the greats.