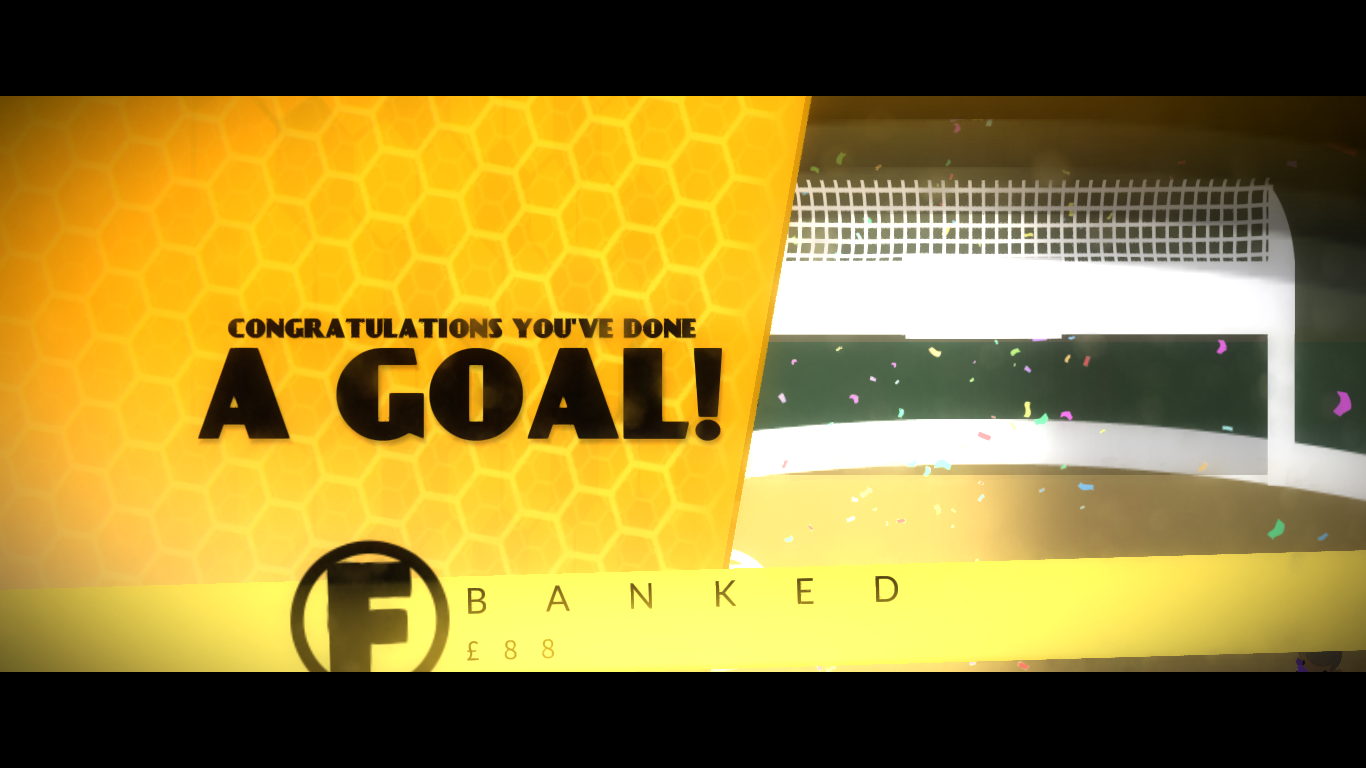 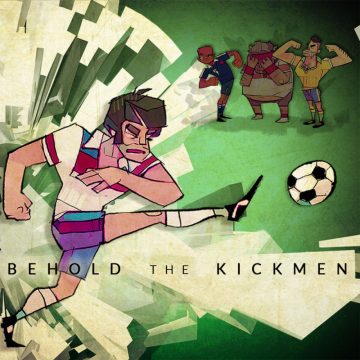 After the Ben and Dan duology and before the eventual third game in the series, Dan Marshall ended up playing around in the indie scene with a large variety of projects, including a heist themed roguelike called The Swindle, a now defunct online deathmatch game called Gun Monkeys, and *checks notes* Privates, a free twin-stick shooter that you can guess the contents to based on the title. It won a BAFTA award for edutainment. All of these games are worth an article, though two of them would be difficult as they don’t seem to exist anymore (The Swindle is still up for purchase, though). Instead, we’re talking about a shitpost of a game Dan Marshall made on the side, a soccer game from a man who had no idea what the rules of soccer were. 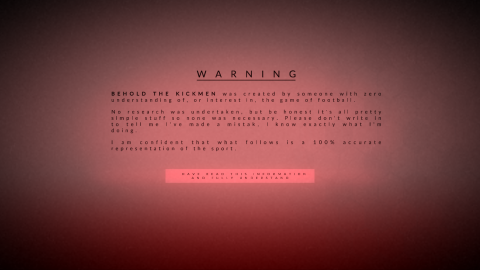 Behold the Kickmen launches first by showing a disclaimer screen, explaining the creator of this game does not know anything about soccer and did no research but got everything correct. He made no mistakes, please do not leave a comment about it. “Mistake” is spelled without the ‘e’. The title screen assaults you with loud, obnoxious dubstep with the only lyric being “behold my little kickmen” in a very nasally voice. The options menu has a massive wall of text on the right side that amounts to the developer saying he couldn’t change the HUD to fit the style of the game without the whole thing breaking. The tutorial you can go through for an achievement includes such helpful facts such as “The ‘football’ has a round shape! #wow.” You are told right away just what you are about to experience.

The most memorable thing about Behold the Kickmen is that it is a finely tuned troll of a game that actually made people for real angry for daring to snark at the hollowed game of “football.” One particularly scathing review was published at PC Gamer that described the game as “run through the filter of a minor superiority complex.” A critic at Rock, Paper, Shotgun described the game’s tone as “mean-spirited,” in this, the game where the main league menu has plastered at top “Welcome to the Football.” The year spent making this game was well spent, and it is amazing these quotes are not on the store page. 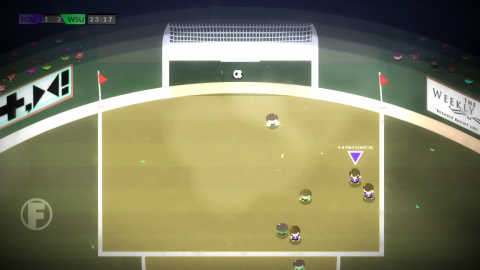 It also helps that Behold the Kickmen is actually pretty darn fun to play. It’s a basic arcade style kick a ball do a goal simulator, where you can dribble a ball, pass a ball, dash, sidestep, kick a ball, ect. There’s a bit more there as well, including a charge shot, but balanced out by nonsense like the goalie AI being completely broken on purpose so they run around like headless chickens. The game also has a story mode that gives some extra meat, focusing on having you have to win matches to unlock basic moves the tutorial gives you a taste of. You can also increase team stats, but if this actually does anything is up in the air.

One cool idea here is that you need to earn money to get upgrades, and in order to do that, you need to win with flash. You can’t just go out there and do a goal, you also have to do a teamwork or five, charge a kick, dodge a tackle, then do a goal, at which point cheers erupt as the game proclaims “CONGRATULATIONS YOU’VE DONE A GOAL!” and you see the payout and score of your kickmen shenanigans. It is a neat idea that encourages mastery of the mechanics, a fun detail that gives the game a bit of extra meat. 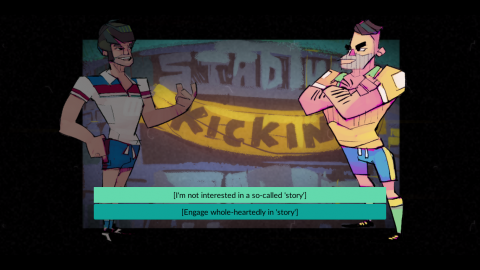 Also neat is that there is a story here, and it is backed by a great deal of self awareness and hilariously stilted and broken dialog between all the characters. They all use too many words, all of them simple, and often with small sentence structures. This leads to amazing moments like your rival (who you can romance) proclaiming about your dead father, who he has just insulted, “Couldn’t have happened to a nicer man, what happened to him.” Also, sometimes if you say something said rival, Pedro Brutus, likes, a Telltale “Pedro liked that…” prompt will display on the top corner of the screen. Loud obnoxious dubstep is playing throughout the entire game, I should add, and sometimes vuvuzelas sound off. You are never allowed to take this seriously, remember you are here to do a goal. Win the sport. #wow 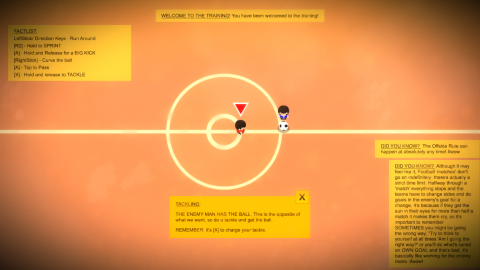 Behold the Kickmen is many things, and most of those things can be compared to a dril tweet, just packaged with a fun little sports game. The context in the game and around it, though, makes it something special, something you rarely ever see from established indie devs these days. This game was not made with a target audience in mind, and it wasn’t made to say anything truly emotional or deep. It was made because Dan Marshall laughed at dumb garbage he wrote on twitter and then thought to himself it would be funny if that was a game. Unlike many of these sorts of stories, he actually made a genuinely enjoyable experience in the process. It is a joke game that’s actually fun to play, filled with playful absurdity and an assault of annoying noises, and it will either leave you howling for about an hour that it exists or very angry because how DARE “football” have its honor insulted. Either way, win the sport…this time.