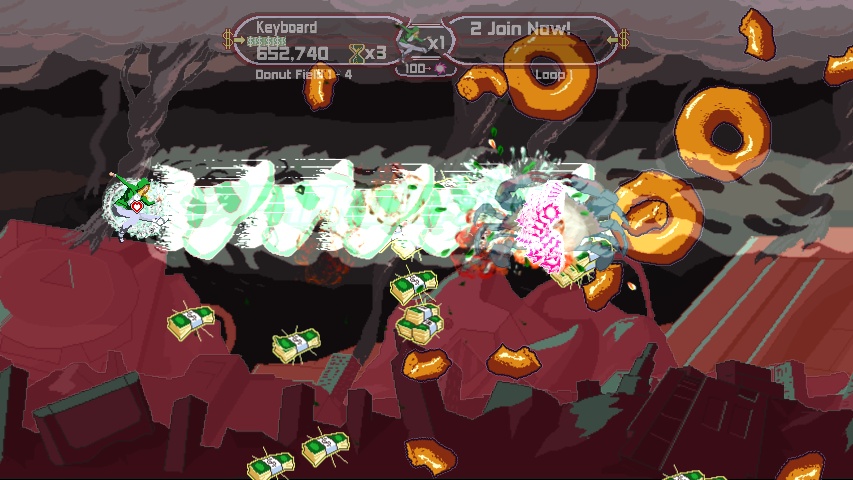 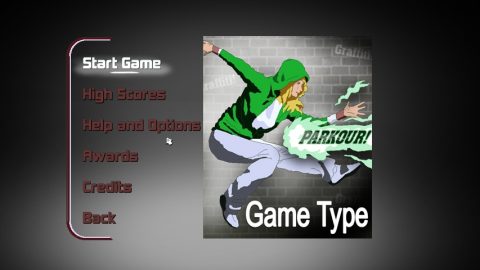 When divorced from the XBLIG marketplace, the concept behind Game Type might not make a whole lot of a sense. It was developed in response to the awful updated Xbox Live interface that was implemented in 2011, which cluttered up the screens with confusing icons and tons upon tons of obnoxious advertisements. You can’t play the game until you navigate through a series of cluttered, inane menus. The game stars a weird, stock photo image, green hoodie-wearing, jump kicking girl featured in the “Game Type” menu. (There are some “hints” for the confused.)

The game itself is a horizontal shooter, with a big focus on scoring mechanics. Shooting enemies will slightly increase your multiple, as well as grant you cash to build up your “parkour” (AKA laser) bar. You can also sacrifice half of your laser bar to slow down time and cancel out any bullets with your beam. The same level is looped over and over, progressively getting harder, and while the scoring is fun, it’s a little bit too easy. When placed in the context of a standard level-based game, this would easily be amazing. It’s a funny game too – all of the enemies you fight are comprised of the commercialized (fictional) junk you see on the fake dashboard. The added scoreboards to the Steam release give this title more value than the XBLIG version. The Steam release also makes some balance tweaks, and adds a boss fight that appears after a few loops – the cat from the “Cat Chat” program.