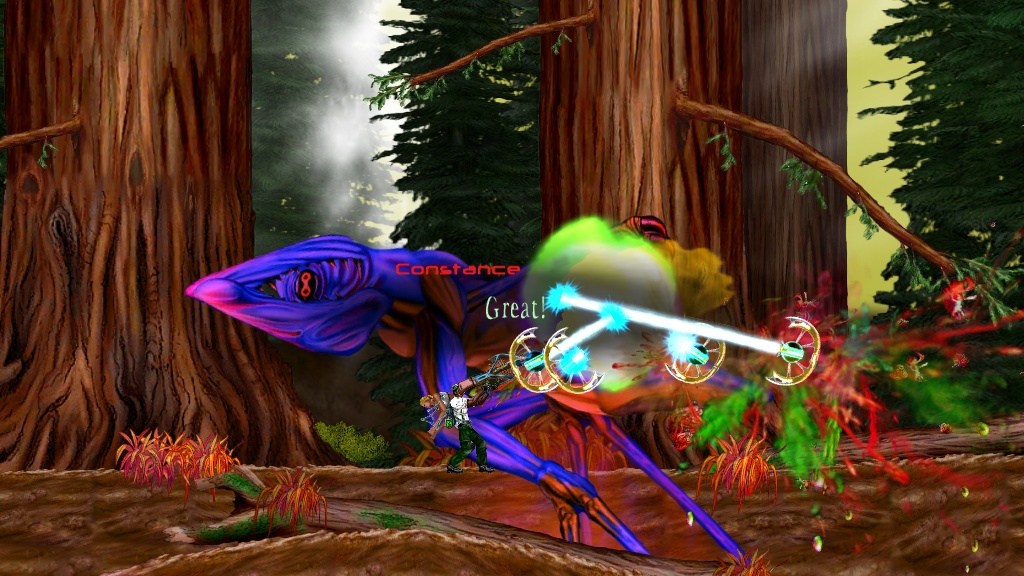 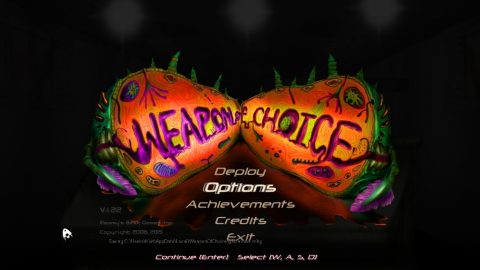 The Xbox Live Indie Games marketplace was a unique experiment, in that it allowed pretty much anyone to create and sell games on a console platform, with barely any oversight. As one might expect, a vast majority of the games were garbage, but Mommy’s Best Games was one of the few developers that put out consistently decent titles. Developed largely by a single developer, Nathan Fouts, their titles are inspired by classic side-scrollers and shoot-em-ups, with uniquely bizarre visual stylings and silly dialogue. Since the XBLIG marketplace is being shut down in 2017, rendering all of its games unplayable (they require a persistent internet connection), all four of the company’s games have been ported to Steam, saving them from oblivion. They can be purchased individually or bundled together as the Mommy’s Best Action Pack. Since they were developed to be sold at a low price, some of them feel more like “proof of concepts” rather than full fledged games, but they’re all worth the asking price, and the Steam ports offer some nice tweaks and extra stuff over their XBLIG versions.

An action-sidescroller vaguely reminiscent of Contra and Turrican, Weapon of Choice centers around blowing up lots and lots of stuff, to the tune of a heavy metal soundtrack. You control an army of commandoes, let by a general who looks an awful lot like Wilfred Brimley, though jungles, caves, and other scenarios.

The game starts with three soldiers, each with a different weapon – one walks around with amounts to a jet engine, burning everything that comes close, another shoots blades that twirl around like boomerangs; and the third launches little satellites that fire lasers. When one is killed, you choose the next character, who literally rockets onto the scene. You can them grab the incapacitated partner so they can be used in the next stage. However, you can only carry one person at a time, so if two commandos are disabled, you’ll need to leave one of them behind. There are also several other soldiers to be found in the field, which, when rescued, become a permanent part of your roster for subsequent replays. 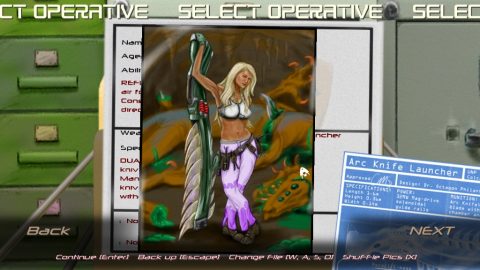 The character and their aiming are controlled independently (either with both analog sticks, or with the keyboard and mouse). The high res art sets it apart from the pixel visuals of most other indie games, and the skeletal animation, where each of the characters limbs are animated separately, is sort of reminiscent to Telenet’s Genesis game Earnest Evans. While that game was only barely playable (if strangely endearing), Weapon of Choice holds together much better, even if it takes a little while to get used to. The movement is slippery and the physics are floaty, but movement abilities are versatile. Your soldier can not only double jump, but can also scale walls and ceilings with a mechanical backpack, which automatically grabs onto something when you’re close enough. Many of the insect enemies you face are also gigantic, often spanning several screens in both height and width, animated with multiple segments.

The levels do feel a little cluttered and it’s sometimes hard to tell you what will hurt you and what won’t. However, whenever you come close to mortal danger, the screen zooms in and time slows down automatically, allowing you a chance to dodge or otherwise avoid the attack. It’s especially handy since your character dies in a single hit.

There aren’t technically many stages – seven in total – but they’re huge, with multiple branching paths that lead to different levels and even different storylines and endings. It lends well to replayablity, and it’s easily the most fully featured of Mommy’s Best Games’ titles. It’s also a plenty of fun, with an over-the-top, irrepressibly goofy sensibility. It’s easy to see the roots planted for the game’s successor, Serious Sam Double XXL.