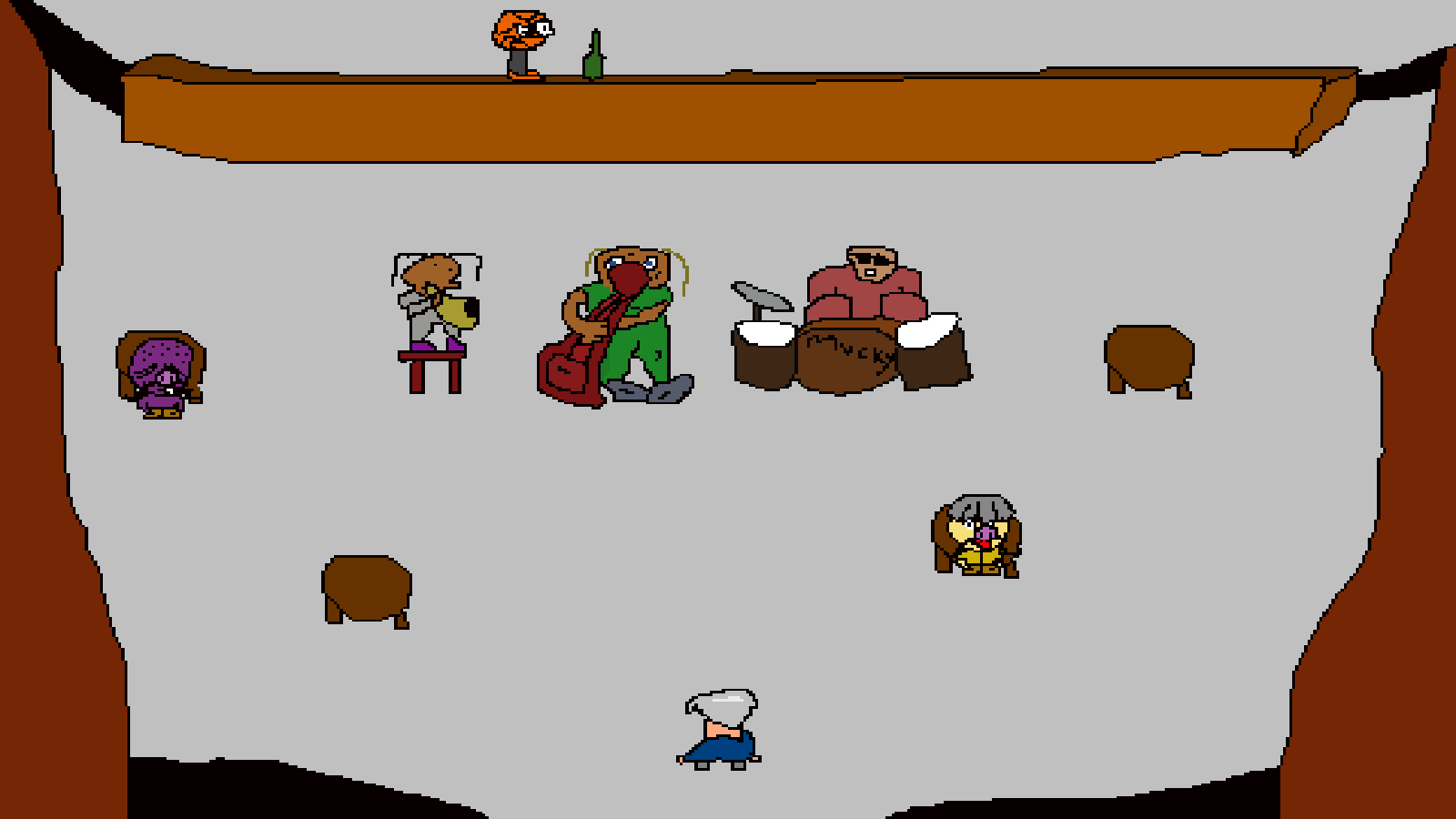 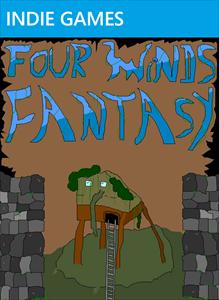 Released for the first time in October 2011 on the Xbox Live service under the Indie category, Four Winds Fantasy is a very peculiar yet rich gaming experience. It’s hard to tell if it’s a genuine masterpiece or a mediocre failure, but it’s worth giving a shot, especially considering the mere 80 Microsoft Points it’ll cost you. A DX version was released a few months later for the iOS, and so was a so-called DX Championship Edition in early 2012 for the PC. They both feature additional content, like extra characters facesets and achievements. 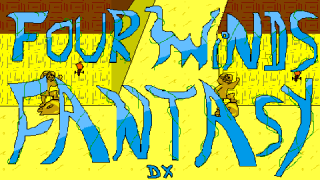 The game actually looks and sounds like garbage. But let’s get a closer look… The adventure open on a very short “cutscene” that sets the background. Four Winds Fantasy isn’t about being a Chosen Hero Saving the World in the Name of Justice and Peace. No, you just have to settle some matters with your son. The game isn’t very long though, and the gameplay is far from memorable, as it’s really just a weird action-RPG. What matters here is how it provides sort of an experimental and contemplative experience, like a middle ground between Yume Nikki and the Mother series. There are numerous references to the latter, as well as Mother 2 influences acknowledged by the game designers themselves, which seem to confirm this.

Unfortunately, the game world only features a village and a cave. It does have its share of surprises, however. The village has some fucked up architecture, and is populated by very weird-looking characters who speak seemingly deep but nonsensical lines, and the caves house similarly deranged up foes. Where the game’s real blunder lies is in its terrible collision detection. It gets very annoying when you unexpectedly collide with a monster and get harmed as a result. This actually makes the game quite difficult, as the protagonist only has three hearts to his health mater, and there are very few items around to heal. However, this flaw unexpectedly becomes part of the gameplay when you realize it’s possible to walk faster by grazing the walls, which turns Four Winds Fantasy into an explotable speedrun-minded game. Yet this doesn’t save the game from its obvious blunders, but it’s forgivable for a $1 game considering it’s almost an hour long and it’s actually replayable. There are three different endings, and you can even submit you time to the leaderboard if you’re playing with the PC version! 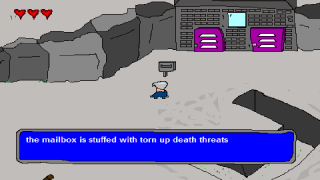 The development team QUIMDUNG (now renamed to QUiKDiNG for reasons obvious to British gamers), was composed of only two guys called BankBank and GHXYK2), and they didn’t hold back on this strange gem. They kept true to their warped visions for the whole game. That’s what define Four Winds Fantasy: it has nerve from the title screen up until the end. It feels like raining meteors crashing down the earth. Hideous, simplistic, colorful, deformed, strange, disturbing. The gamer can’t be but mesmerized by this otherworldly landscape. How can this game run on the same system as Vanquish, Gears of War and BlazBlue? The soundtrack is on par with this excruciating nonsense – the title theme is actually pretty soothing compared to the background musics in themselves, which will literally make your ears bleed. A blend of cheesy keyboard tunes and unsettling noise, they produce an explosive mixture that borders on the inaudible. The whole experience really feels like the game designers wanted to force their artistic conceptions on the gamer by driving it into its eyes and ears.

So, in the end, what is there to think of Four Winds Fantasy? It’s an existential question. Is this game an hardcore RPG fanboy’s frenzy? Is this a parody saying “fuck you” to the RPG genre as a whole, including the Mother series, from which it draws so much inspiration? Is this an expression of hatred towards modern games that put technical prowess above all, towards pompous artsy productions that actively seek to be unintelligible, or towards both? Is this a mediocre game conceived by a childish weirdo who actually thinks it’s a decent game? Isn’t this just completely bonkers? We’ll probably never know, and that, in a rather fascinating way, is what makes this game worth playing.