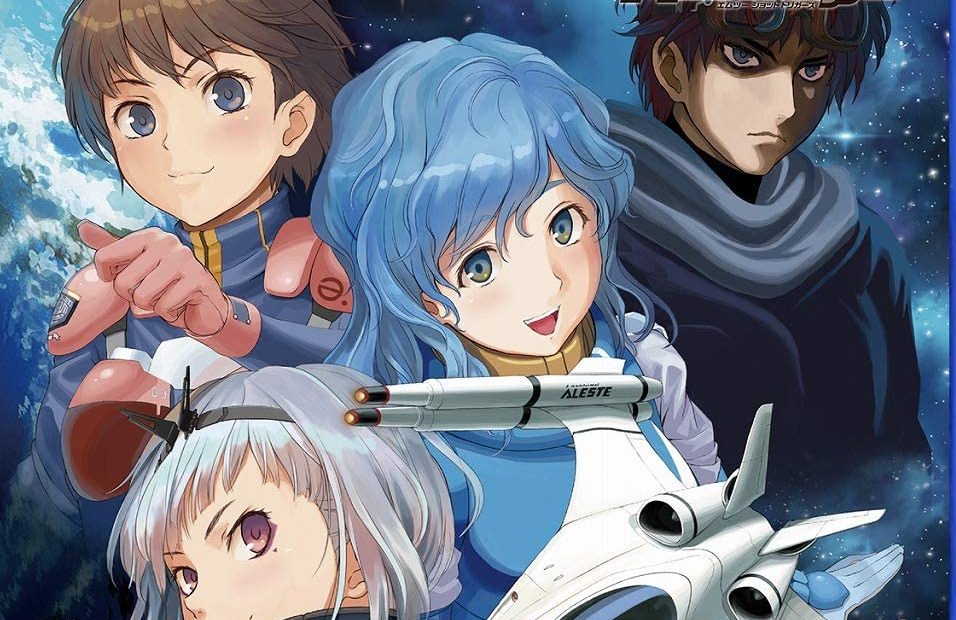 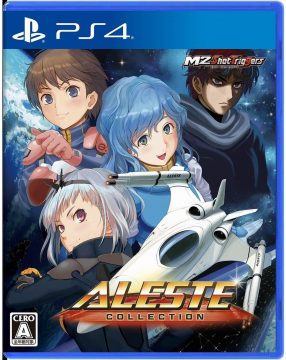 Compile was a mainstay of the Japanese shoot-em-up scene throughout the 1980s and early 90s, creating such games as Zanac, Power Strike, MUSHA, Blazing Lazers, Space Megaforce, and many others. However, they moved away from the genre to focus on their Puyo Puyo puzzle games, which only supported them for so long. Their last shooter was Zanac x Zanac for the PlayStation in 2001, before folding up completely in 2003; nowadays they exist only in name as Compile Heart, who works with Idea Factory to make moe RPGs.

But there’s still a lot of love for Compile and their prolific output – HG101’s own Guide to Shoot-em-ups Vol. 1 comprehensively covers their catalog – and so M2 purchased the Aleste IP to revitalize the series. As a predecessor to Aleste Branch, an original title developed by the company, they released Aleste Collection, a compilation of five 8-bit shooters.

The initial game for the Sega Mark III / Master System, released in 1988. It’s very close to Zanac, their previous shooter, which had seen release on the NES, though with significantly improved visuals. This is probably the most well known game on this collection, since it’s the only one that was released internationally, even if the North American version was just a mail-in exclusive.

An original shoot-em-up created for the Sega Game Gear. It’s similar to Compile’s other works but downscaled for the portable system. It also features Ellinor Wizen, the same heroine as MUSHA for the Genesis, though their stories are technically unrelated.

The second Game Gear game, another original shooter for the portable system. This game introduced screen-clearing bombs as well as impressive 3D bonus segments. This received a release in Europe under the name Power Strike II, not to be confused with…

A 1993 release for the Sega Master System, only released in Europe and Australia, this is totally different from the Game Gear game. It takes place in a retro futuristic version of the 1930s, focusing on sky pirates, so it has a much different style than the other games. It also includes a unique charge burst. With the Aleste Collection, this is the first time the game has been officially released in Japan.

The most interesting title in this package, this is a brand new shoot-em-up created in 2020 by M2, along with some former Compile staff, developed for the specs of the Game Gear. This game stars a new heroine named Luna Waizen. It’s very impressive for an 8-bit title, with some design sensibilities and aesthetics more commonly seen in later 16-bit titles. This was also featured on the Game Gear Micro console included with the Aleste Collection limited edition.

The package features the usual array of display options as expected from M2 titles, allowing you to customize resolution, screen size, and scanlines. You can disable slowdown and flickering, though these are better left on for a more authentic experience (and in the case of GG Aleste 3, some of the areas seem built around the system’s hardware constraints, so they feel too difficult if slowdown is disabled). Certain games have some tweaks too, like an “easy” mode for Power Strike/Aleste that keeps your subweapon power level after you die, or allows you to easily access the game’s hidden Area 0, as well as an auto-bomb option for GG Aleste 2.

This package is also part of the M2 ShotTriggers series, and so it features its signature “gadgets” floating around the side of the screen, which highlights some of the game’s inner workings. Since these are 8-bit titles, there’s nothing too complicated about them, so these displays mostly show things like how many points you need to gain to get an extra life, or how many P chips you need to increase your power weapon. Each game also adds a portrait of either your ship or the pilot, as well as a breakdown of all of the subweapon types. Power Strike/Aleste also includes an “Auto Level Control” indicator, which is the hexadecimal code used to determine what kind of enemy waves would be generated. This was last seen in the MSX versions of Zanac, though its actual meaning is just as cryptic here as it was there. As expected, there are save states, plus a separate Aleste Challenge mode, which lets you jump to any level and boss fight, also allowing you to choose your arsenal.

The supplemental content is a bit thin, though. There are high resolution scans of the box artwork, as well as a few pieces of newly commissioned artwork of the GG Aleste characters. The Aleste Collection cover artwork, and the character design for GG Aleste 3, was provided by Kisai Takayama, mostly known for bishoujo games like Amagami and Kimikiss. (The grumpy looking guy in the corner of the package is the hero from the SMS Power Strike II and he looks hilariously out of place.) There’s nothing else beyond this though – manual scans would’ve been nice, but it doesn’t seem like they had any access to other development materials.

Unfortunately, since this compilation focuses only on the titles released in 8-bit Sega platforms, it’s also missing numerous other titles. It would’ve been nice to see the MSX2 version of Aleste, which is quite a bit expanded from its SMS forebear, with some added levels and cutscenes. Also missing are other MSX2 titles like Aleste 2 and the spinoff Aleste Gaiden. Zanac, which had a few variations on the FDS, NES, and MSX platforms, is also absent. And then there’s Compile’s 16-bit legacy, like MUSHA/Musha Aleste for the Genesis, Blazing Lazers for the TG16, Robo Aleste for the Sega CD, both Spriggan games for the PC Engine CD, and Space Megaforce / Super Aleste for the Super Famicom, which are nowhere to be seen. Plus, while the 8-bit Aleste games are pretty good, they’re hardly the best of the company’s output (though GG Aleste 3, as an original title, holds its own fairly well against its legacy titles.)

Like most of M2’s collections, this really is for a niche audience, and even Compile fans will be disappointed at how incomplete it feels. Still, GG Aleste 3 is a small treasure, and considering how expensive some of these games are in the aftermarket – a complete copy of GG Aleste itself costs at least 10 times the retail price of the Aleste Collection – it more than justifies its existence, even if it is a holdover until Aleste Branch releases in the future.