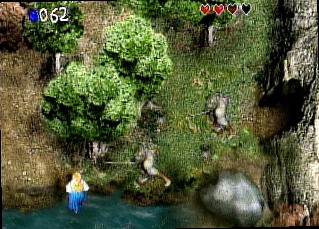 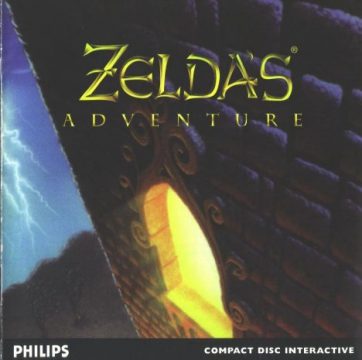 One of the most annoying misconceptions perpetuated in video games is that Zelda’s Adventure on CDi is better than the earlier Zelda games, simply because it resembles the original NES Zelda. As a result, and low print numbers, the game occasionally tops the $300 mark despite being demonstrably one of the worst games ever made.

There are around 20 weapons (probably more) and no fewer than 30 artifacts masquerading as key items – the majority of which you’re likely to collect in the game’s first third. Out of all this junk less than a fifth is ever needed and the rest exists only to confuse. Worse still is that some enemies can only be killed with one specific weapon, and no clue is given as to which. Also, acquisition of some key weapons is so counterintuitive it’s a miracle anyone’s completed the game. The Noise spell for example is on the other side of the map in the opposite direction to where you first need it. In the Sky Shrine meanwhile, the bow weapon is dropped only after killing every enemy in a generic room, despite every room until then yielding absolutely nothing. Everything suggests you should ignore the enemies, but doing so results in an invincible boss.

Another recurring scenario is finding a locked dungeon room where the door only opens after killing a new enemy, meaning you need to cycle through your 15 or so weapons trying each and hoping you’ve previously acquired the right one. If not, you then need to scour the massively open-ended non-linear world in the hope of stumbling across it. Compounding this problem is that every weapon requires rupies to use, and some cost rather a lot. Don’t be surprised to spend considerable time reaching a dungeon’s depths only to be halted because you ran out of rupies after testing half your inventory on said new enemy. You could farm for rupies, except enemies don’t always respawn. This forces you to commit suicide, whereupon you respawn at the game’s start along with everything else. 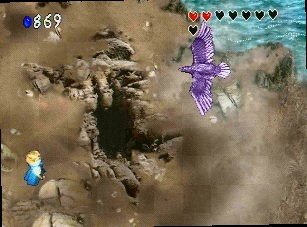 And none of these inventory problems even touch upon how most of the game is utterly bizarre. Who is the sleeping hobo? Why are there mute ghosts in some areas? What the hell is the point of that swamp village, and why do they give you a pair of yellow boots? Why after struggling through an enemy infested forest to find the quarry man who gives you metal ore, said item is never mentioned again? You end up with enough useless crap to open your own Walmart, and none of it does anything. But you can’t ignore anything since reaching some areas, such as the Water Shrine, require you help a seemingly arbitrary NPC. 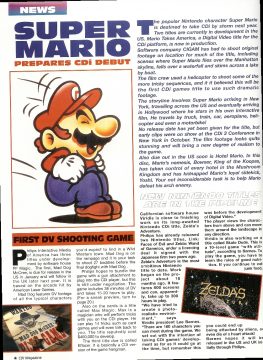 An issue of CDi Magazine had an interview with Lee Barnes, president of Viridis, who claimed ZA contained 300 hours of gameplay and 160 NPCs. This is complete nonsense of course, since it can be finished in 12 hours and there’s only a handful of NPCs, most of whom do absolutely nothing. But it becomes significant when you read other interviews which reveal ZA spent two years in testing – longer than it took to develop. With key staff moving on to other projects, the only option to fix bugs was removing various sections wholesale and hoping it didn’t collapse. Which explains why so much of ZA is without function. In a way these events resulted in something almost Dada-esque: absurd, illogical, and wholly at odds with conventional game design.