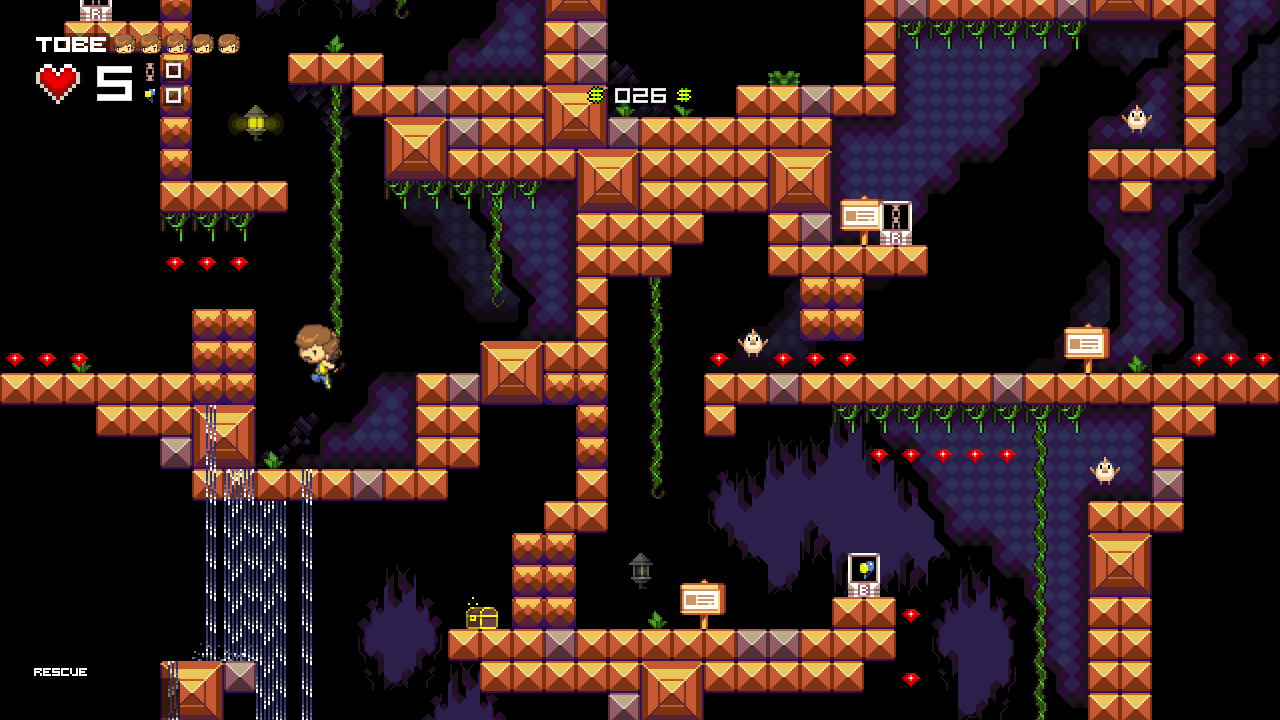 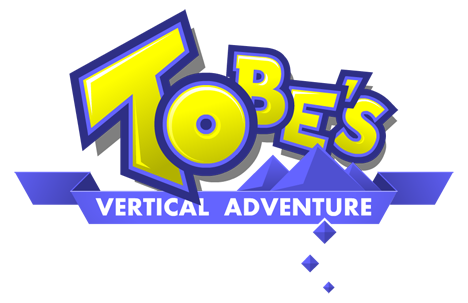 Indie platformers with retro aesthetics are rampant nowadays, mostly using the blocky graphics as an excuse to be hip or mask bad art design and generally have no respect for the games of old. Fortunately, the team at Secret Base funneled their old-school passion into an unironic little nod to character-driven spelunking titles. According to Raymond Teo, the creator of Tobe, most of the inspiration for the game came from Nintendo’s Ice Climber, seemingly focused on the bonus segments at the top of each mountain spire from the 8-bit classic.

What little plot there is is threadbare and it isn’t taken seriously. The titular Tobe is your typical slacker gamer, literally dragged along to go treasure hunting for King Garuza’s legendary bounty with his materialistic girlfriend Nana. Tobe is the faster character that can run up the edge of walls in order to climb up cliffs. Nana is slower, but possesses a helpful double jump ability. Tobe is the only playable character in the Xbox Live Indie Games release with Nana and a 2P co-op mode exclusive to the PC version. 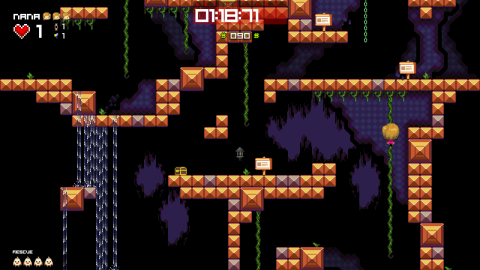 Opening the huge treasure chest at the bottom of the level starts the clock for a race-against-time to escape back to the start. Many of the tricks for reaching the bottom or obtaining items involves using the wraparound on both left and right sides of the screen, with added vertical obstacles to overcome via gliding down gently with balloons or tossing up rope chains – both earned from Sonic-style item monitors. Enemies and other hazards are rather scarce, keeping the focus on platforming and collecting over spikes, pits, and lava. Scattered around each level are roughly 100 or more jewels and 5 cute animals to save, each optional to obtain but rewarded with additional hit points, lives, and item slots, as well as achievements for collecting every single one along with some beneficiary content from the creator’s website: a digital set of game artwork and the full soundtrack.

The graphics are a sharp early 16-bit style affair with every stage constructed with blocks. The four themes keep to standard video game clichés, with a semi-grassy starter island, an ice island, a volcano island, and a pyramid-themed island. The music composed by Adam Alonso is a laid-back PSG chiptune score that only picks up slightly as you make your timed escape climb. Each island is bumpered with cutesy big-headed cutscene stills that mostly divulge into Nana heading off to the next destination with Tobe in tow.Unfortunately, the charming retro platformer is sinfully short with only 16 levels in total, so if you’re not much of an achievement hunter, this game will be a very swift one-time sprint before resting in your Steam library to collect cyberdust.

The game was taken down from XBLA shortly after the PC release due to Raymond’s regrets on the flaws on the original release. Secret Base later developed three more Tobe games in Flash and for mobile devices.