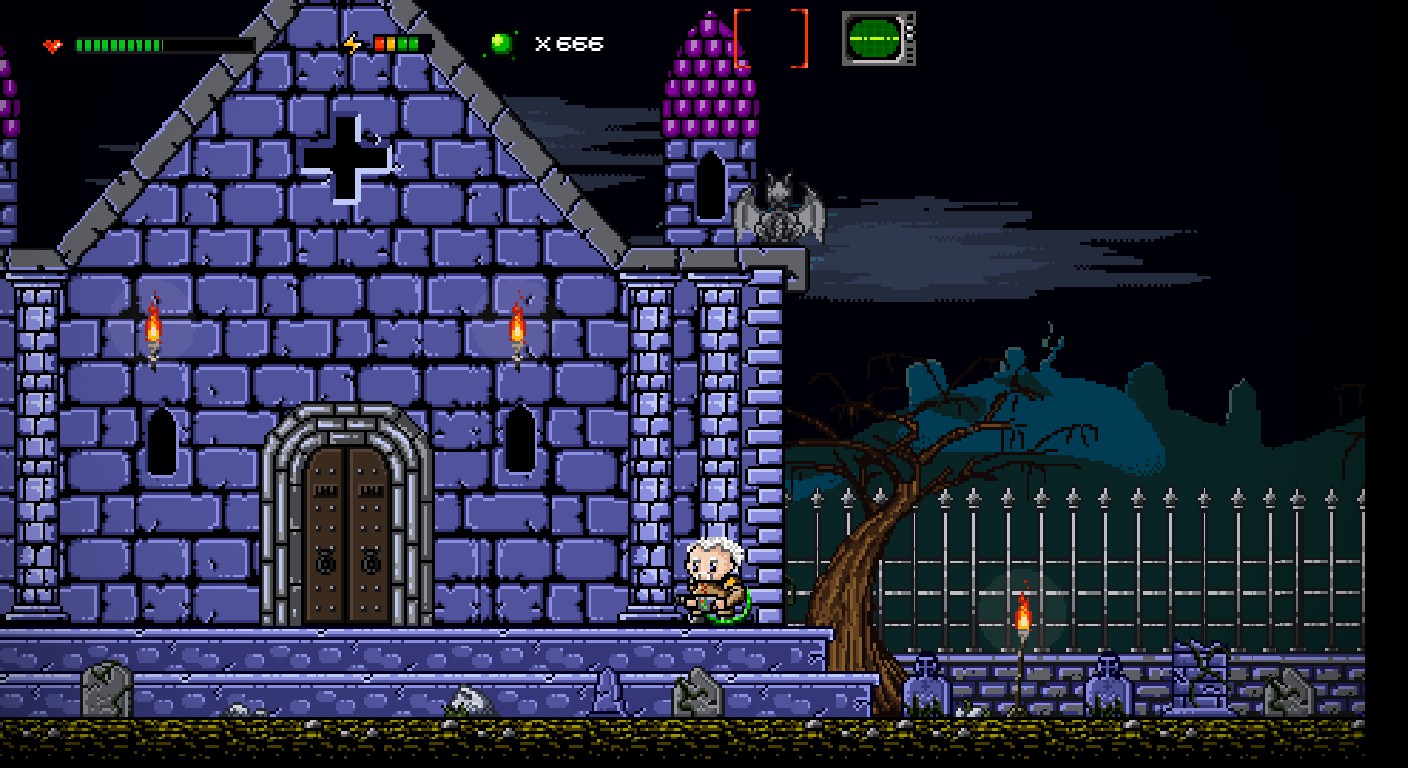 Ghostly Matter is a retro-styled 2D Metroidvania dropped on Steam without any fanfare, whose claim to fame is that it was designed and developed by a lone Italian guy with no prior experience, to homage the games of his youth. It is an interesting experiment even if a bit rough around the edges. The game’s gimmick is that the Ghostbuster-esque Professor Penderghast invents a visor that lets him see the spectral plane, so in that regard, it is vaguely similar to Guacamelee!, with the player switching from one dimension to another, except that the brawler-styled combo frenzy is replaced by run-and-gun action. The scientist’s not-Proton Pack gear will be upgraded with various beams to be more effective against different kinds of enemies (spirits, the undead, and demons), but there will still be the need to switch between the two planes in order to overcome the platforming challenges, especially near the end. 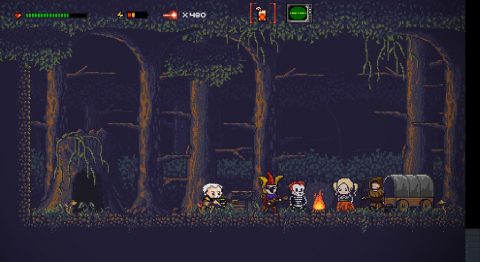 On top of this, the developer also added graphic adventure elements: there are many documents and characters around, whose words can piece together the surprisingly involved (if not too original) plot, and the visor is also used to uncover secret doors, hidden clues and messages that are needed to get past the several puzzles scattered everywhere and quests given to us by the inhabitants of this spooky world, from a little ghost girl to Charon himself. All to solve the mystery of what happened to Penderghast’s missing colleague. 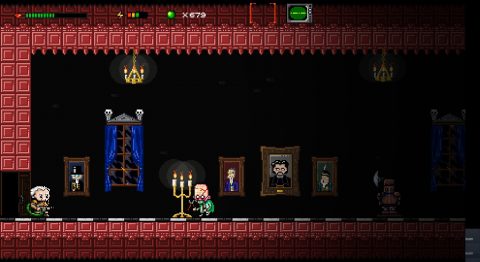 Ghostly Matter is retro not only in terms of presentation (including optional faux-CRT effects), but also in its gameplay and difficulty. For one, it is heavily advised to bring out the old pen and paper, since the built-in map is barely useful and the game does not keep track of either the quests or the placement of vital items. Save points are few and far between (especially in the early parts) and, since the visor drains both its batteries and Penderghast’s life (until you find certain power-ups), you’ll be tempted to leave it turned off… until invisible ghosts make short work of you. Also, there are several one-hit-kill obstacles such as spikes and the enemy placement is sometimes unfair, in that they either suddenly appear running from offscreen or are there in the exact moment you get through a door, leaving you too little time to react. 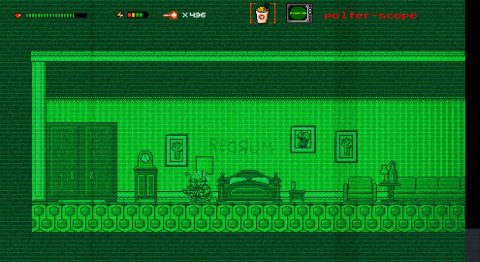 The various genres aren’t perfectly balanced either. The adventure game elements and hidden clues are mostly dropped in the second half, which is a more standard action platformer; but this is probably for the best, since the heavy backtracking needed for the quests becomes somewhat of a chore (the dev mentioned that he’ll probably fix that in the future). Another problem is that, if you can’t play with a gamepad, the keyboard configuration is a bit cumbersome and can’t be remapped. 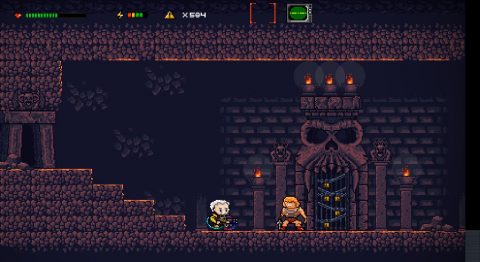 If you manage to get past those frustrating elements, however, you’ll find a reasonably well-made passion project with a nice, clear pixel art style, several interesting ideas and many homages to horror and fantasy franchises, from HP Lovecraft to He-Man.