Back in 1986, the suits at Taito had an innovative idea – what if they took three arcade monitors and stuck them together, creating some kind of super-widescreen cabinet? That would mean that any games they made for it would be three times as awesome! One of the resulting titles was Darius, a groundbreaking shooter with an interesting hook – the enemy ships were fish. The next year, Taito followed it up with The Ninja Warriors, a side-scrolling action game.

In The Ninja Warriors, two players can take on the roles of ninja robots – a red female and a blue male. Much like Irem’s Kung Fu Master, you walk forward and hit stuff, and that’s pretty much it. There’s no dimensional depth to the movement nor any real landscape obstacles, so practically every stage is one long, flat line.

There are two attacks – you can either swipe bad guys with your painfully short kunais (knives) or toss shurikens, which are weaker and in limited supply. Most standard enemies die in one or two hits, but there are several stronger foes, such as oni masked warriors and claw-wielding hunchbacks that cause trouble. You can also block incoming bullets and attacks by holding down the Attack button. At one point in the second level, you need to take down a tank with just your scant arsenal – which would be cool, if you didn’t have to fight the same tank several times throughout the game. There are only two buttons, so you need to press Up on the joystick to jump, although seeing as there are no platforms anywhere, you only use this to dodge fire. Your own special move is executed by holding Attack and pressing Up, which will cause you to somersault through enemy attacks.

There isn’t much to The Ninja Warriors, really. It’s rather plodding, and a wider variety of moves and/or a faster speed would’ve done wonders to make the action more exciting. As it stands, the only particularly noteworthy aspect is the graphics. Discounting the three monitor view, there are a couple of pretty nice background details here and there, particularly the graffiti in the first stage, and some of the goofy Engrish painted throughout (the Hamburger Bar is the most amusing). It still repeats often enough to be notable, though. Your characters are pretty large, almost half the size of the screen, and animated incredibly smoothly, although their walking animation is merely a light saunter, as if even the ninjas aren’t interested in the game they’re in.

Since the ninjas are technically robots, they take battle damage. If you take too many blows to the head, your mask and face peel away to reveal a cyborg skull similar to The Terminator. If your chest gets banged up, your mechanical chassis is left exposed, and when you run out of life completely, you fall to your knees and explode. This all actually ties into the plot – the president of your nation, the evil alien looking guy Banglar, is corrupt, and a group of terrorists led by a guy named Mulk has sent the ninjas in to assassinate him. When you reach the final stage and corner your target, a bomb hidden inside your ninja causes it to self destruct, taking down the entire mansion, thus revealing your quest to be a suicide mission.

The soundtrack was composed by Hisayoshi ”OGR”  Ogura. The main theme music, a catchy bit called “Daddy Mulk”, features some strange robotic synth voices that easily identify the game as a product of the 80s. The rest of the music is pretty decent, too.

Strangely, the plot isn’t really detailed in the arcade version – the intro just shows a black and white picture of an assembly hall full of soldiers. The ending spells out the story, spoken in English and filled with spelling errors. When ported to the home consoles – the PC Engine and Mega CD – the intro has text.

Naturally, The Ninja Warriors‘ big triple-screen gimmick wouldn’t carry over to home systems, so what’s left is hardly impressive. The PC Engine version takes a visual hit, losing a lot of the background detail, plus it removes the tanks and is missing the two player mode. Getting killed will also send you back to the beginning of the stage, and you have severely limited credits. This version is on the Japanese Wii Virtual Console. 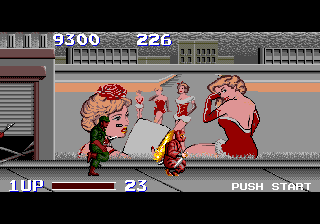 The Mega CD port released a few years later fares better, that’s more faithful than the PCE version. You can continue where you left off when you die, although you only have three credits. Included as redbook audio on the CD are perfect recordings of the arcade soundtrack, as well as a completely rearranged version. There are a few difficulty settings, as well as the ability to set the Jump command to an additional button. So while the core game still isn’t that great, the Mega CD is definitely the best of the ports. 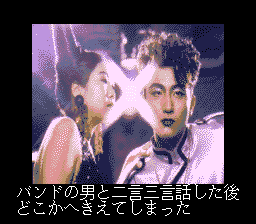 There’s an option on the menu screen in the Mega CD version that reads “Zuntata”. This is an extremely tongue-in-cheek cinema scene featuring still photos of the Zuntata crew dressed up in costumes and injecting themselves into the game’s plot. The story begins in a board room, where the terrorists are considering their plans to overthrow the government. One character heads out to a bar to meet up with someone and finds them dead, with the initials ZTT written in blood (ZTT are the initials for Zuntata). He finds these initials in the neon lights of a club, where he sits down and watches Zuntata put on a concert, which consists of more cheesy still photos set to the music of the first stage. This music somehow inspires the hero to create the ninja robots to kill the president, setting in motion the plot to the game. The whole thing is narrated (terribly) in English with Japanese subtitles. It’s actually really amazing that Taito would let their musical team waste time and money to put together something this ridiculous, but at least it’s a unique extra.

Although neither of these console ports made it outside of Japan, The Ninja Warriors was ported to several home computers. The Commodore 64 version is actually pretty decent for the hardware, and the Atari ST and Amiga versions come fairly close to the original version, at least moreso than the PC Engine version. Both of the console versions are somewhat letterboxed to retain the feel of the original, but it’s even more squished in the computer releases. These were ported by Sales Curve, who had a reputation for excellent conversions. The ZX Spectrum version is also relatively decent but the CPC port is too slow.

The Amiga version has some pretty funny cheat codes that allude to various movies and TV shows, like “may the force be with you” and “genesis of daleks”. You can also enter “a small step for man” to change the gravity.

The only faithful port was released in 2017 for the PlayStation 4, which uses the HDTV display to emulate the triple screens of the arcade game. 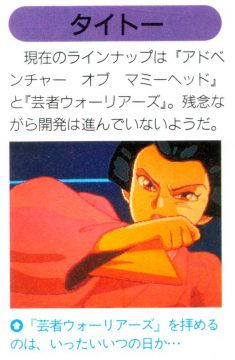 Taito was also set to release a follow-up for the PC Engine CD called Geisha Warriors, which would have parodied The Ninja Warriors, along with other Taito games like Darius. However, other than screenshots of some cinema sequences, little information was revealed before the game was canceled. 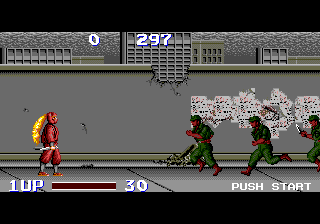 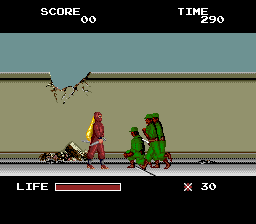 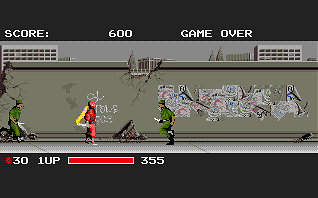 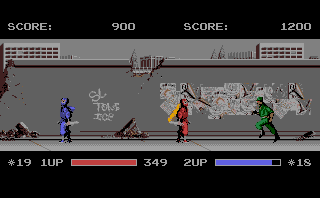 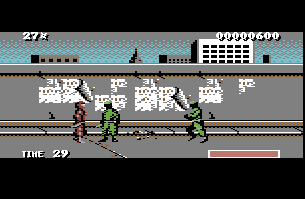 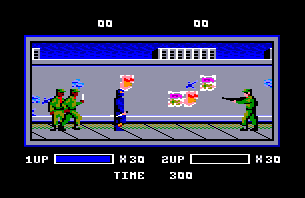 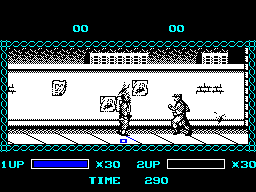 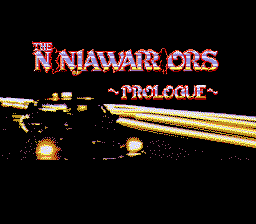 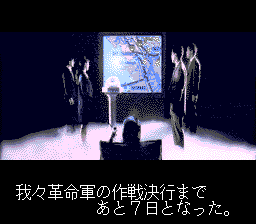 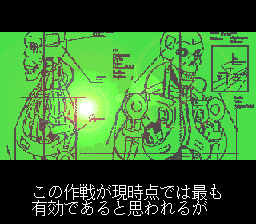 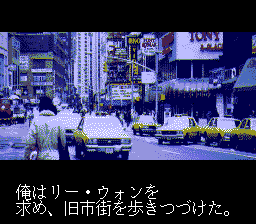 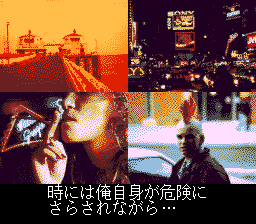 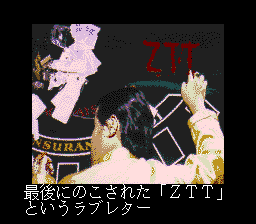 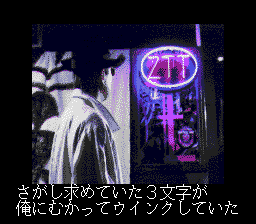 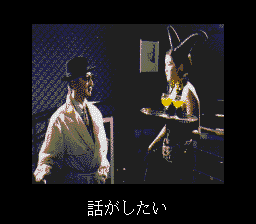 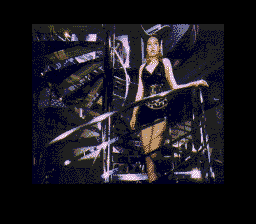 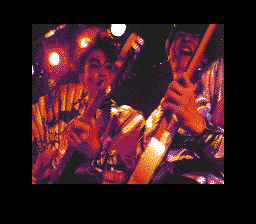 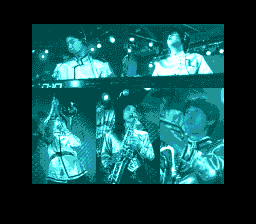 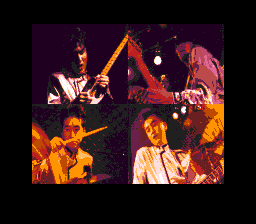 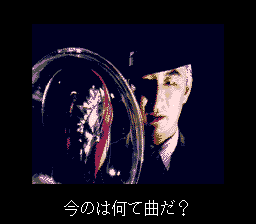 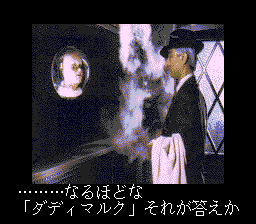