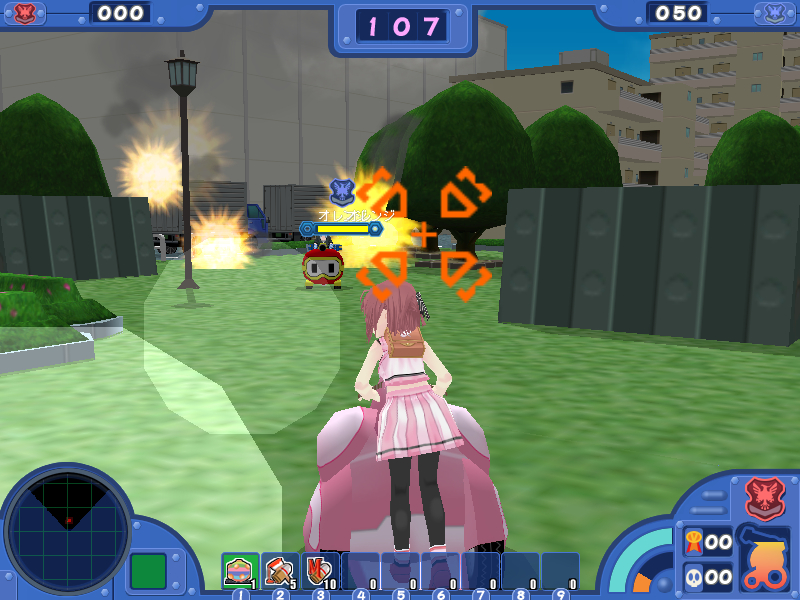 In the mid-2000s, Namco partnered with Japanese online game developer VerX to resurrect its older IPs, which led to the creation of an oddball title like Dig Dug Island, an MMO action game based on Dig Dug II. Their next work was Tancle, a multiplayer third-person shooter that takes after Tank Battalion, though the connection is loose at best. 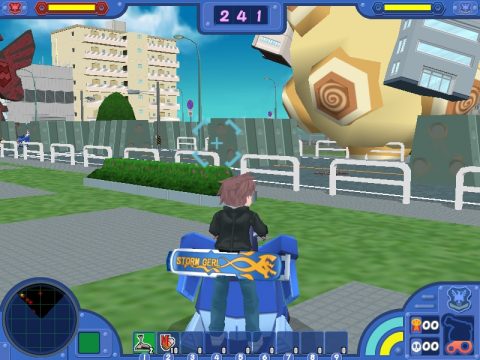 Players get to compete against each other in a 4-on-4 turf war where your goal is to destroy the opposing team’s headquarter, or an one-to-one match whose victory is decided by racking up their score as high as possible. Your vehicle can be customized and upgraded with experience points gained from consecutive wins. The art style is delightfully saccharine, having ragtag bunch of colorful pilots and all. The game seems to have been a total flop; the public service began on September 4, 2008 but the server was shut down on April 21, 2009, lasting a little more than seven months. 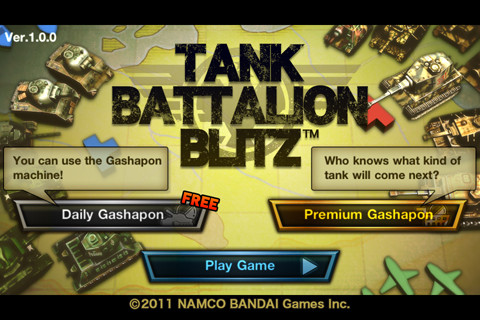 Tank Battalion Blitz (known as Battle City Blitz in Japan) is the series’ first foray on mobile platforms. Here, you build a deck of up to four tanks before entering a stage. You still control only one of them directly, with the others commanded by the computer AI. The graphics are polygonal version of the set-pieces lifted from Tank Force. Being an early 3D iOS game, the result isn’t pretty, and the camera is way too close to your tank to make out what’s going around you. (There isn’t a radar like in the Game Boy games, either.) 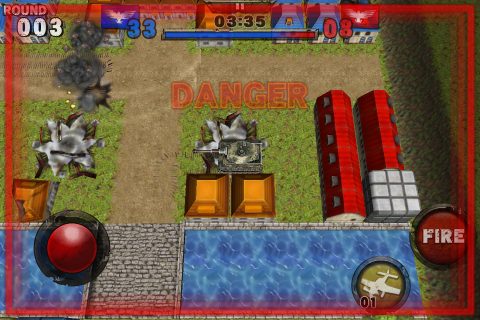 The game boasted a huge lineup of over 150 unique World War II-themed tanks, which had to be grinded through the daily Gashapon machine. You could unlock the complete package from get-go by paying the $12 fee – a questionable microsanction policy, considering the base game was already priced at $3, and one could probably spend the same overall cost to get better games on XBLA. It offered the singleplayer “Tank Battalion” mode that included 130 missions, and the online “Team Battle” mode. A press release suggests there was a “Tank Battalion Boss” mode to be added in future updates, likely featuring a multiplayer co-op, but this seems to have been quietly cancelled before the game got delisted from Appstore.

Shingun Destroy! Girl’s Tank Battalion is another mobile game targeting completely different demographic, putting emphasis on all-female cast. As a commanding officer in charge of the girls, you participate in activities such as helping them fight off otherworldly beasts, clicking through scenes that involves silly hijinks, and occasionally getting to watch their clothes disrobed in explosion. 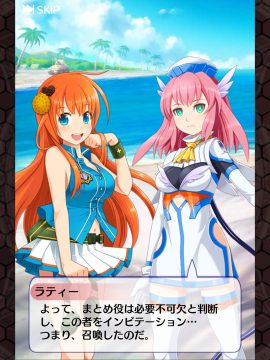 The game itself touted the “Rotation Battle System”, wholesale borrowed from a duology of tactical RPGs for the PlayStation 2, Seven: Molmorth no Kiheitai (2000) and Venus & Braves (2003), both of which were Japan-exclusive. It’s a weird combat system that has you place your characters on the 3-by-4 grid, with each performing different action depending on which row they’re on. Battle unfolds automatically, but you can indirectly turn the tide toward victory by “rotating” the party, sending your frontline members to the rear while the others taking over their row in replacement.

Released on September 10, 2014, Shingun Destroy! got a fairly substantial marketing push from Namco at the time, receiving a plethora of tie-in merchandising like a light novel adaptation and image song albums. It was also huge on crossover events with other franchises, both within and outside of the Namco family, including The Idolmaster, God Eater, Neptunia, and Robot Girls Z. The game never reached the same level of popularity as any of them during its lifespan, and Namco eventually decided to pull the plug, prematurely closing its server on March 7, 2016. For a Japanese gacha game cobbled together from the company’s obscure properties, it’s not too bad a track record, but not a runaway success like it hoped to be, either. 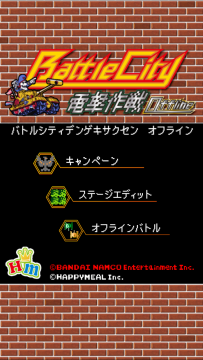 In 2016, Bandai Namco kickstarted a label called “Namco Catalog IP” (also referred to as Namco Creator’s Program), which encouraged Japanese independent creators to use their old IPs in their video games. One of the most active licensees was Hiroshi “Mr. Dotman” Ono, a veteran graphic designer who worked on Namco arcade games throughout the 1980s and published many mobile games under this program. (His résumé claims he also contributed to the NES Battle City.) In January 2017, he teamed up with Happymeal Inc. to release a new Tank Battalion game for iOS and Android, Battle City Dengeki Sakusen Offline. The Japanese part of the title can be roughly translated to “Full-scale Operation”, indicative of what the game’s about: a real-time strategy game with the elements of Battle City thrown in. 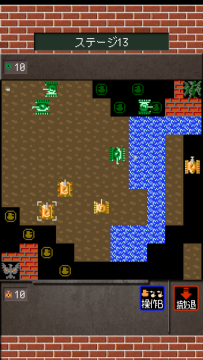 The overall mechanics will be familiar, but the biggest difference is that you send out multiple tanks just like the enemies, complete with visible unit spawners on field. As expected, it ditches the traditional D-pad controls in favor of touchscreen interface. Select a unit and touch wherever you want it to go, and the pathfinding AI will do the rest of job. Once stopped, you can change its direction by sliding your finger on it. Since there’s no manual fire button, all tanks spontaneously chuck their bullets periodically. There are two options for ordering your unit that can be changed on the fly: the “Control A” forces it to complete its move until it can accept another command, whereas the “Control B” allows to change its course in the midway. You might think the Control B renders the other one pointless, but this was probably added in case the player’s device is too faulty to perform too many actions at once.

The main game is a 60-level campaign, starting with a set of regular tanks that have no specialty, but you gather more as making progress, collecting the ones with higher velocity or longer-ranged arsenal, and even soldiers who can board the tanks, lending their own help if they get destroyed. Any defeated vehicle in battle is permanently lost, but rewards from clearing a stage is generous enough to compensate for it, and eventually the game allows you to manufacture them for yourself if you beat the optional factory levels. There’s also an obligatory level editor that lets you share your work via creating a QR code. 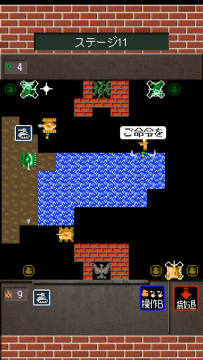 The only major problem with Dengeki Sakusen lies in its control scheme. The lack of an attack button means it’s nearly impossible to guarantee your unit’s survival, as you can never be sure which team will take its shot first. The best you can do is to send out cannon fodder that would weaken the opposing foes to some degree, and finish them off with stronger units afterward. Despite these issues, Dengeki Sakusen is a clever spin on the classic game, and a worthwhile tribute to the long forgotten series. The game got removed from storefronts early in 2020 along with the other Namco Catalog IP games, but it is still playable if you can track down the installation file.