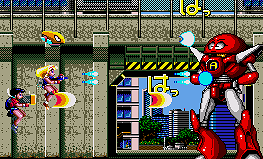 Trouble Shooter is a fitting Genesis game from Vic Tokai, combining the art style and goofy characters one would expect from a lighthearted anime of the time with the non-stop shooting action that would become a popular aspect of the system’s library. In particular, the game is heavily influenced by Dirty Pair, though the heroines of Trouble Shooter, Madison and Crystal, are cunningly referred to as “Trouble Shooters” rather than “Trouble Consultants” are their counterparts are called in the Dirty Pair franchise. 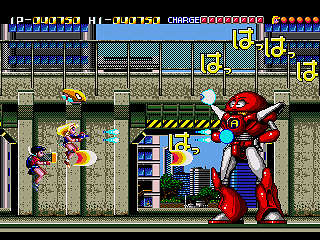 True to its US name, Trouble Shooter packs a lot of action into its six levels. Mercenaries (sorry, Trouble Shooters) Madison and Crystal are hired to rescue some kidnapped nobility, leaving a massive swathe of destruction in their wake. Before jumping out of their tricked out convertible and flying into battle with their jet packs, Crystal provides Madison with a few special explosives to select in addition to their standard weapons. Instead of only being able to use a few of these bombs like in most shooters of the time, their use is instead governed by a constantly recharging meter at the top of the screen. It doesn’t take long to fill up, so true to the characters’ personalities there’s no need to hold back from unleashing massive levels of destruction several times per stage. Madison’s impatience is also represented in the game, however: If one presses the special weapon button before it’s ready, it shorts out and has to be recharged from scratch again.

This might sound like it makes the game too easy, but the reality is that Vic Tokai has packed enough enemies and obstacles into each level so that the player can never be complacent. Those obstacles really help heat up the game’s difficulty no matter how much firepower Madison and Crystal throw at their enemies. The designers uses them to great effect to both balance and heat up the game’s difficulty as early as the second level. The second stage has its protagonists flying vertically through a huge factory, having to worry about a series of massive saw blades being swung around throughout the level. It’s actually quite a leap in difficulty compared to the standard horizontally scrolling cityscape that players will have just blasted through one level earlier. That challenge may also come as a shock upon realizing that while Madison can take a few hits before being defeated, players only get one life and just three chances to continue at the start of a level.

The developers also came up with an ingenious way to have both Madison and Crystal fighting along side each other even though Trouble Shooter is just a one player game. Player’s directly control Madison as she blasts her way through legions of enemies, with Crystal following her every move and firing her own weapons at the same time as Madison. With the push of a button, however, Crystal will turn around, allowing the two to attack in two different directions at once. There have been shooters made before this where one has a drone following their ship around, but nothing quite like Trouble Shooter‘s set up of controlling two different human characters at the same time had been seen before. Fortunately Crystal doesn’t actually take damage from enemy attacks, meaning players only have to worry about making sure Madison is dodging everything effectively. She also angles her fire up or down to match Madison’s movements, allowing skilled players to focus double the firepower on some of the game’s smaller targets. All of this results in an addictive game, with each of the levels being just short enough to not outstay their welcome, and players that do make it to the end will enjoy a special surprise as the credits start to roll.

Trouble Shooter may have been developed by a small team, but thanks to the game’s sense of humor, goofy boss fights, and very colorful graphics that lack of resources only rarely shows. The game’s creators were obviously passionate about contemporary sci-fi comedies of the time ike Dirty Pair but also of sentai superhero shows. Trouble Shooter‘s credits even list its director as “Takayara the Barbarian in Studio Uchoo Tetsujin,” marking him as a fan Space Ironmen Kyodine, something that will be apparent in some of the game’s enemy and boss designs. The game is also filled with neat little visual touches like how Madison and Crystal’s weapons and jet packs look different, and the large “Ha. Ha. Ha.” text that appears on the screen as a boss taunts them. The game’s soundtrack complements both of these perfectly, with an equal mix of silly and urgent tracks courtesy of Hiroto Kanno. There’s also an impressive number of good music tracks, with the few instances where some are recycled complementing the game’s story.

Still, the game was a true passion project of its creators, and they made a few visual tweaks to it before finally releasing it a year later in Japan as Battle Mania. Most of the changes are small, but show how much the team cared. 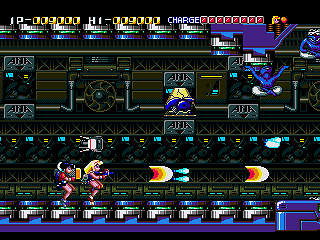 The most prominent change is that all of the special weapon drones have been redrawn to look like they are being viewed from behind instead of in profile on the select screen, though oddly these new sprites are now used in the actual game as well, a weird choice for a side scrolling shooter. Any mentions of Sega in the game proper have also been removed. A few side characters have also been redrawn and/or animated, an improvement over some of the half-baked parts of the ending seen in Trouble Shooter (though oddly one redesigned enemy reappears in its original morbid form in the sequel!). Battle Mania‘s credits also end with a cheat code. The code works in both games but it’s nice of them to reward players with it at the end of the game. Finally, an extra Easter egg has been added – using that same cheat code on Battle Mania‘s title screen will reveal the staff’s opinion of the Super Famicom. 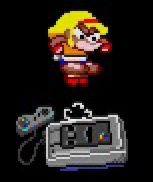 Unfortunately, the anime influence wasn’t immediately apparent thanks to its western pulp styled cover artwork. This was likely a last minute decision to get the game shipped, as there is a Japanese prototype of the game’s ROM that is actually dated earlier than this initial US release. Besides being incomplete, it has a few key differences from the final game, the most noticeable of which are that it has a completely different title screen (in a font more reminiscent of the pink Dirty Pair logo) and Crystal’s hair is not tied back (making her even more strongly resemble Yuri from Dirty Pair).

The most prominent difference, however, is that the game’s title screen contains copyright text…from Sega! Now it all makes sense, Vic Tokai begins making a game called Battle Mania that Sega picks up to publish. Sega must have only had plans to publish the finished game in the US (as they did with Vic Tokai’s DecapAttack). For whatever reason that didn’t work out, so Vic Tokai published it themselves in the US, and then several months later released a slightly tweaked Japanese version. One of those tweaks involves removing a bunch of boxes that say “Sega” on them from the game’s intermission menu. More relevant, however, is that the Japanese version has very fitting cover art that much more accurately reflects the light novels and anime that inspired it in the game in the first place.

It seems that Sega meant to publish the game under the name Battle Mania from the beginning, with protagonists named Mania Ohtorii and Maria Haneda (the surnames are references to the location of Sega’s headquarters), so Vic Tokai’s US translation removes something that could be seen as too similar to Dirty Pair while adding another in titling the game Trouble Shooter before later subtly changing the character designs to eventually give them their own identity. It’s an odd back and forth over a short amount of time to get the game released, but fortunately, it was worth the effort, Trouble Shooter is fantastic.

Vik Tokai realized they had a cool game on their hands, and even partnered with GamePro in the US with a pretty decent sweepstakes called the “Getting Into Trouble Contest.” It would have involved seven winners. Five were to win a Game Gear, and two were two win not only a Game Gear but a chance to appear on GamePro TV. Much like the golden tickets in Charlie and the Chocolate Factory, these winners were picked by seven copies of Trouble Shooter having a card in them. Five of Crystal, to be redeemed for those Game Gears, and two of Madison for the TV appearance. Fortunately folks hungering for a Game Gear could also enter by answering a simple question about the game’s story and mail it directly to Vic Tokai’s then headquarters in Torrance, CA. As with most of these contests, it’s unclear if this ever actually happened to anyone. 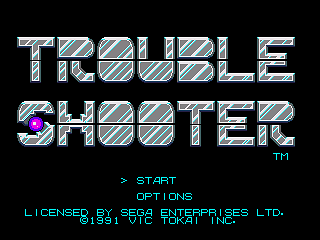 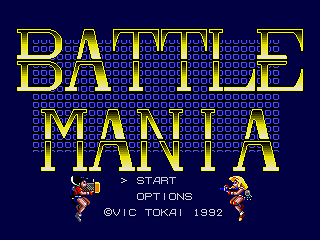 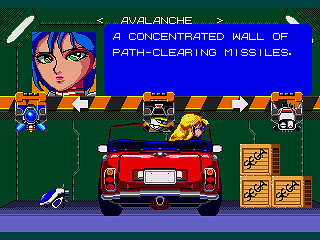 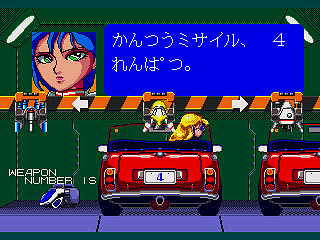 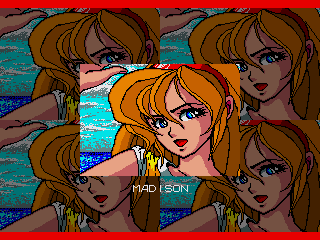 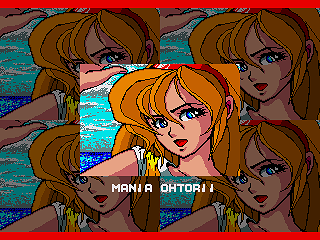 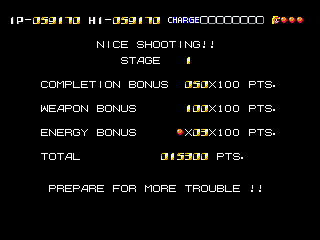 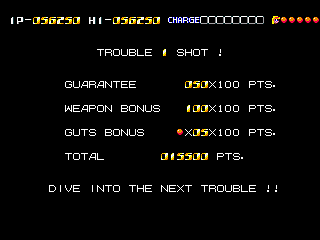