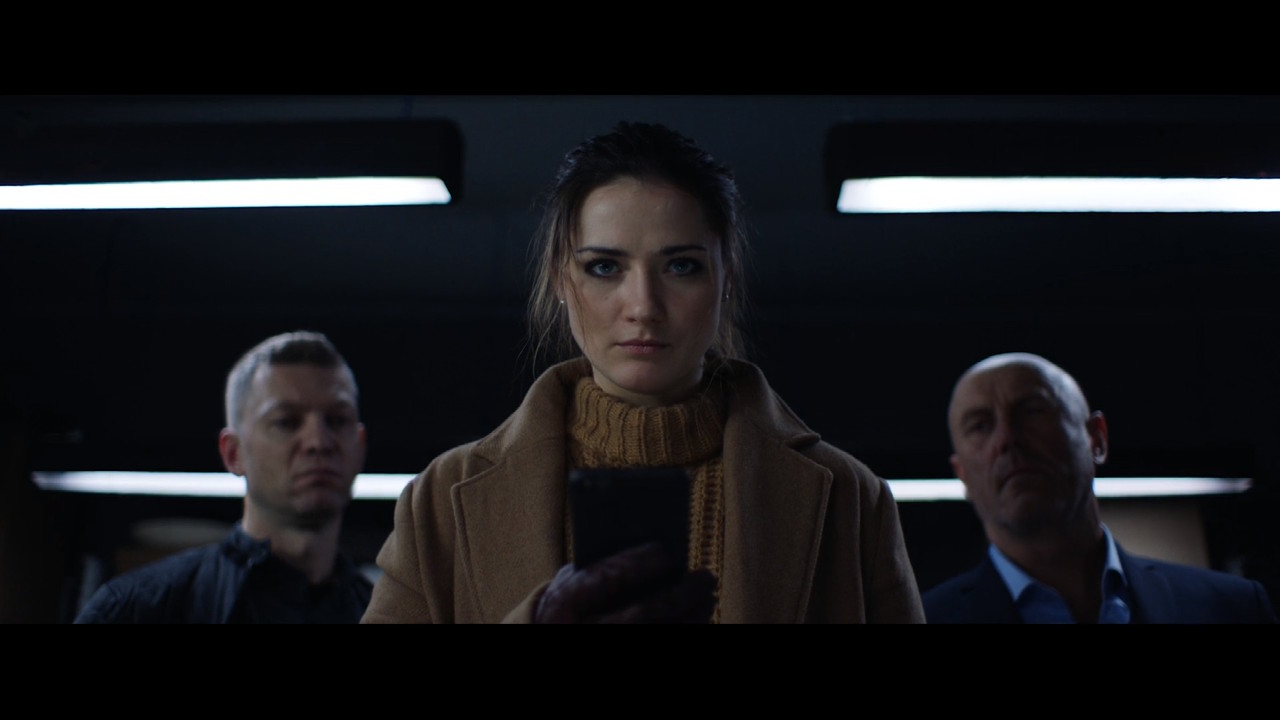 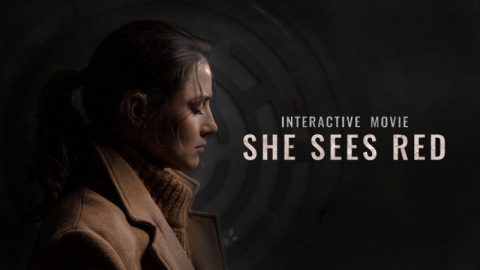 Interactive movies; a type of game where you watch a series of events play out and then make a choice that changes the course of the story; have made a big comeback over the last few years after their initial boom in the mid-90s. From the popular narrative adventure games such as Life is Strange and The Dark Pictures Anthology, to Netflix’s cavalcade of interactive tie-ins for the likes of Black Mirror and Unbreakable Kimmy Schmidt, there’s a strong interest in games with simple mechanical inputs but the potential for many different stories and outcomes.

While there are many big names involved in this genre at the moment, it’s always worth celebrating the independent studios who manage to produce small, compelling adventures. Among these is She Sees Red, the debut title of Russian developer Rhinotales and a very solid crime thriller vignette. 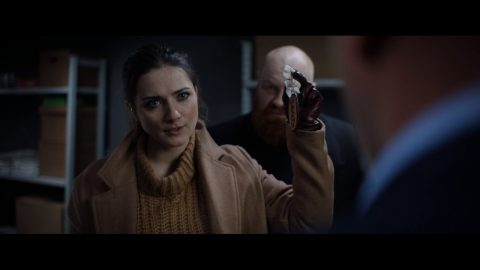 A detective and her partner are called into a nightclub to investigate the murder of a security guard. Following the trail left behind by the killer, a strange hooded man, she slowly puts the pieces together and how they connect the man to the nightclub’s cynical owner. This plays out through live-action cutscenes, where you make choices as the hooded man every now and again, and then observe the consequences as the detective.

You’re only presented two choices to make whenever it comes up, but there’s a sense of tension provided as you have to decide within a short time limit. While the game will pick for you, it does put you on the spot and make you consider what options to take when the man finds himself cornered. What’s particularly clever is that there isn’t a distinction made between big decisions and small decisions, so both have the potential to snowball in dramatically different set pieces or events depending on what you do.

This adds a sense of spontaneity to the proceedings, and adds more reasons to replay the game. It’s established from the start that a single playthrough won’t be enough to give you the full context of what’s happening, so you’re encouraged to give the game a few tries so you can really understand the bigger picture. There’s four endings available with slight variations based on the choices you make, and even a counter in the pause menu showing how many unique scenes you’ve watched altogether. 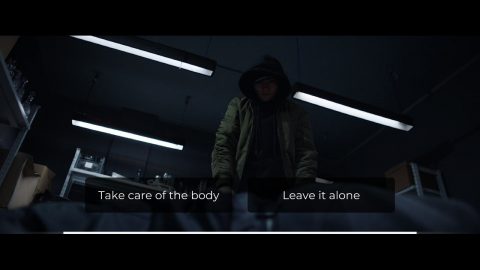 However, finding all the endings or scenes isn’t as arduous as you might think since it’ll only take 20-30 minutes to reach the end, meaning you can experience the vast majority of the game within a couple of hours. You’ll also be able to skip scenes you’ve already seen from the pause menu, though the game weirdly forces you to watch certain scenes anyway. Sometimes these are part of the sequences where you have to make choices, so those can’t be skipped, but others just can’t be skipped for no particular reason.

Impressively, there isn’t a bias towards a particular ending, where it’s fleshed out more than the others, that would paint it as the “true” ending. All four endings are given equal consideration and time, so you can consider any of them to be the most fitting conclusion to the story.

On that subject, the story presented in She Sees Red is a fairly straightforward gritty crime thriller, but one that’s presented quite well. There’s a good balance between action, mystery, tension, and even a small bit of off-beat humor that keeps things compelling. Scenes flow intuitively between the hooded man’s actions and the detective’s investigation, using clever camera angles and editing to create a nice sense of interplay. There’s a strong use of moody, colored lighting that blurs the lines between presenting events within the literal context of a nightclub, and presenting them emotionally by informing the tone and tension of any given scene in a more theatrical fashion. 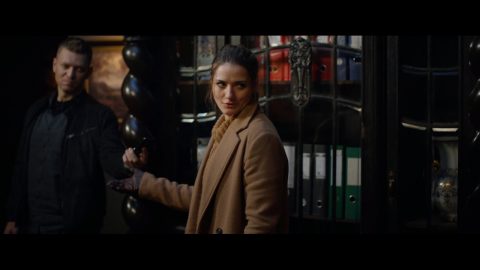 The performances by the actors are caricatured to some extent, leaning into caricatures such as the gruff nightclub owner or the calmly detached detective, but that shorthand allows the actors to express their characters charismatically and believably. This mainly applies to the original Russian dub, though you’re given the option to play with an English dub and various subtitle languages. The English dub is well-delivered and fits most of the characters decently, but ultimately comes across as more generic by comparison.

The handful of action scenes on display are quite messy brawls carried through by a variety of well-paced scenarios, backed by solid camerawork that balances chaotic scrambles with clarity, effective sound design in both the specific sounds and the backing score, and fitting special effects for the more gruesome moments. This definitely isn’t a game for the queasy.

She Sees Red isn’t particularly complex by the standards of interactive movies; it’s as basic as you can get, and perhaps that makes it less mechanically unique when you can receive a similar experience by just going onto Netflix. Maybe it’s too short with not enough options to flesh out its runtime, and perhaps the subject matter’s a bit too shlocky if you’re not keen on crime thrillers. But for a debut effort and a straightforward example of what this genre can do, She Sees Red offers plenty of thrills while it lasts. Hopefully, this will be the start of something greater for Rhinotales.

An interview with Dmitriy Savchenko, Creative Director of Rhinotales: https://www.ps4blog.net/2020/05/ps4blog-net-interview-rhinotales-on-she-sees-red/