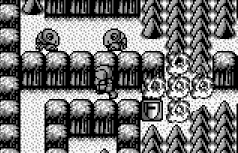 A less commonly known fact about Blaster Master Boy (or Blaster Master Jr. in Europe) is that it originally wasn’t even part of the Blaster Master series. It started out as Bomber King: Scenario 2, a spin off game of Hudson’s Bomberman series (the first Bomber King you may have played on the NES as Robo Warrior when it was released in the West). Strangely, Hudson’s name doesn’t appear anywhere on the Japanese version’s title, but Sunsoft’s does. One can assume Sunsoft must have noticed the similarity between Bomber King 2 and Blaster Master‘s overhead dungeons (not to mention how the main character sort of looked like Jason in his battle armor), and after some minor modifications, domesticated it as a Blaster Master game. 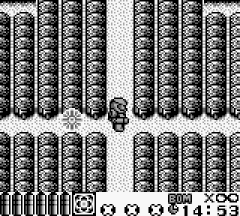 Aptly so, Blaster Master Boy is like a cross between Bomberman, and the dungeons in Blaster Master. Sophia isn’t around this time, so you just control Jason through the whole game. You still have your gun to shoot enemies with, but instead of using grenades, you now plant bombs that can destroy scenery blocking your path or damage/kill things including yourself. In addition to obstructing scenery, there are various obstacles that hinder your progress, such as water, spikes, or darkness, and there are items you can collect that enable you to maneuver through these obstacles. 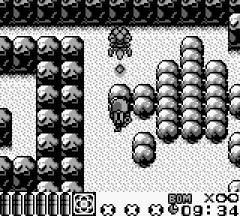 You can also collect various other items that will improve your gun, armor, etc. or let you use bombs that have differing effects. Each substage has a key you need to find in order to reveal and open the room’s exit. Eventually you reach the boss at the end of the stage and after beating him you move on to the next.

The graphics are typical for an early Game Boy game so don’t expect anything eye popping. There isn’t much music to be heard but it’s all very Hudson-like, particularly the reoccurring main stage theme which sounds oddly like the Stage 1 music from Starship Hector. 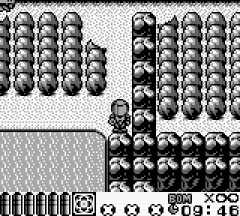 A few spots in the game may give you trouble, but for the most part the game is straightforward and easy to get through. If you lose all of your lives, you can restart from the stage you died on as the game has unlimited continues. You can do a lot worse than Blaster Master Boy if you’re looking for a Game Boy game to kill some time with. After finishing it though, it’s doubtful that you’ll ever give it a replay, since it’s fairly unremarkable. All versions look and play the same besides the title changes. 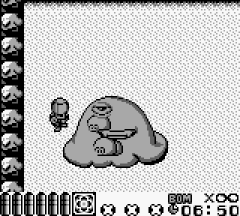